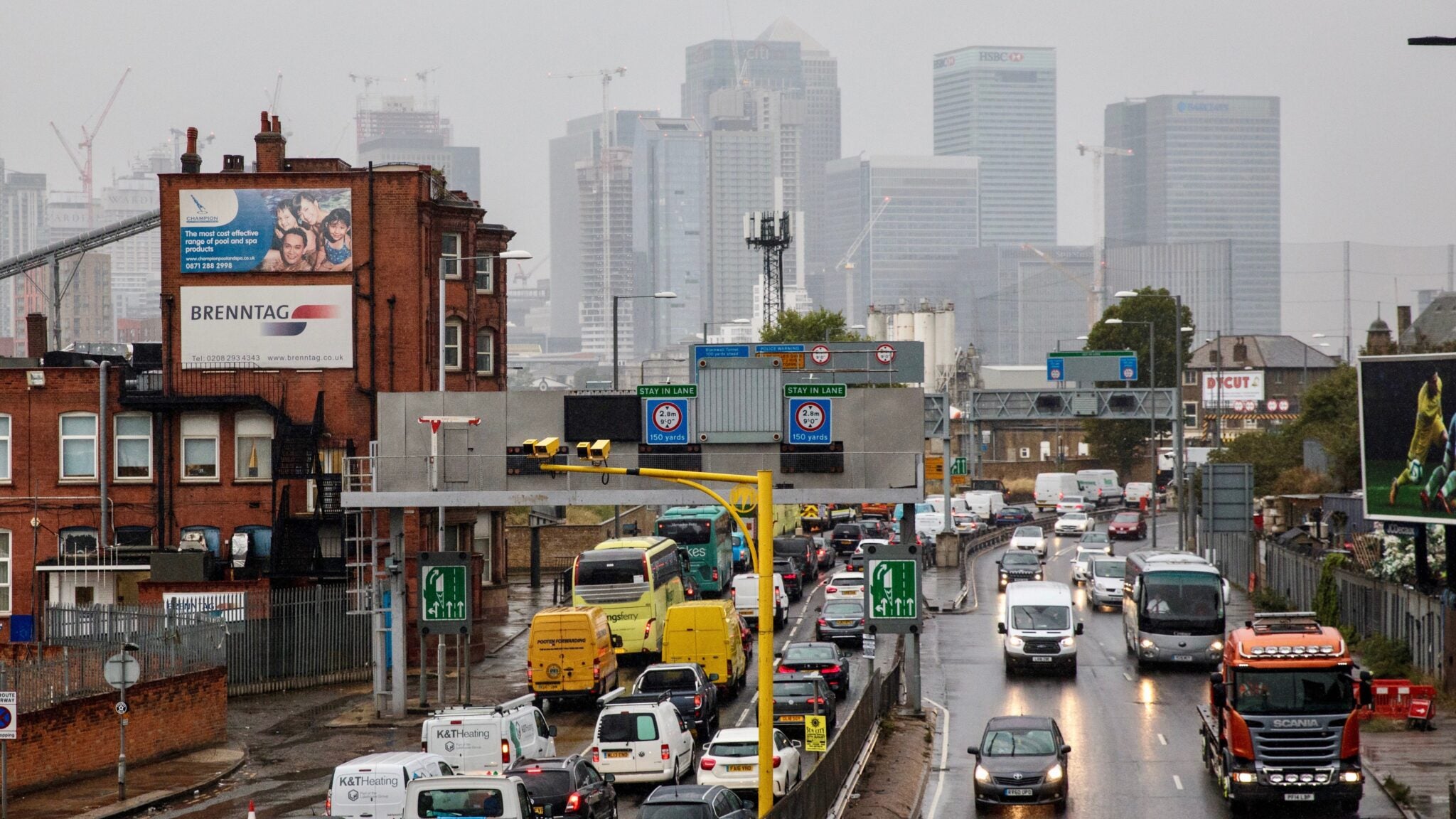 On days where air pollution is higher, hundreds of people across nine major cities in England are suffering from more potentially fatal cardiac arrests or heading to the hospital for strokes or severe asthma attacks, according to new research from King’s College in London.

“Many people may not realize how dangerous air pollution at high levels can be, and that it can trigger heart attacks, strokes and asthma attacks as well as having long-term health effects. These figures will be a wake-up call for city leaders to take the strongest possible action,” Jenny Bates, an air pollution campaigner at the environmental organization Friends of the Earth, told The Guardian.

To come to their findings, researchers used air quality data from regulatory monitoring networks in Europe. Across England, higher pollution days saw 124 out-of-hospital cardiac arrests, 231 hospitalizations for stroke, 193 children and adults hospitalized for asthma. The study authors note that while pollution is associated with early death, this measurement can seem like an abstract concept too far off into the future. That is why analyzing the impacts of pollution exposure on everyday life is essential to understanding its health implications.

“London’s lethal air is a public health crisis —it leads to thousands of premature deaths in the capital every year, as well as stunting the development of young lungs and increasing cases of respiratory illness,” said the Sadiq Khan, the Mayor of London.

"#AirPollution is already a crisis. If #London 🇬🇧 alone reduces air pollution, it is not enough. It’s the joint actions that will help WHO in encouraging city by city, country by country to commit to the WHO Air Quality Guidelines"-@DrTedros at the #CleanAirSummit pic.twitter.com/smnayOpH1k

Chief Executive of the National Health Service Simon Stevens said that the climate emergency is “in fact also a health emergency.”

“Since these avoidable deaths are happening now—not in 2025 or 2050—together we need to act now. For the NHS that is going to mean further comprehensive action building on the reduction of our carbon footprint of one fifth in the past decade. So our NHS energy use, supply chain, building adaptations and our transport will all need to change substantially,” he added.

In addition to the short-term risks associated with exposure to air pollution, the BBC reports that sufferers may also experience stunted lung growth, lung cancer and low birth weight.

“The impact of air pollution on our health has been crucial in justifying air pollution reduction policies for some time, and mostly concentrates on effects connected to life-expectancy. However, health studies show clear links with a much wider range of health effects. This project provides short statements of fact, backed up by supporting evidence,” said researcher Heather Walton.

“We have released a sample of these statements about the effects in a number of UK cities, ahead of publication of the full report in November. This wider range of impacts on our health provides additional evidence of the important need for further action to reduce air pollution.”

The newly released data is part of a subset of material that will be published in an upcoming report in November ahead of next month’s International Clean Air Summit.