Edinburgh Zoo May Have to Give up Giant Pandas Due to Budget Woes From Coronavirus, Brexit 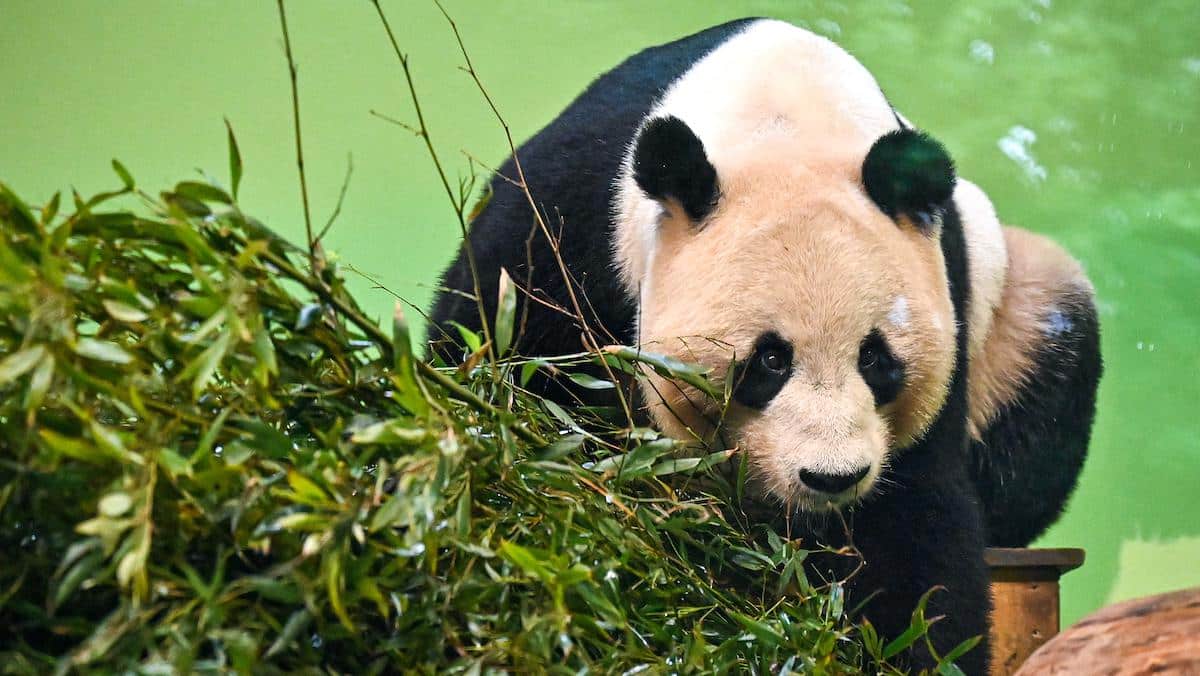 A giant panda in its enclosure at Edinburgh Zoo on June 29, 2020 in Edinburgh, Scotland. Jeff J Mitchell / Getty Images

The coronavirus pandemic may cost UK zoo visitors the only two giant pandas in the country.

Giant pandas Yang Guang and Tian Tian arrived in Scotland’s Edinburgh Zoo in December 2011, Sky News reported. But the pair was on a 10 year loan from China. And budget shortfalls mean it may not be possible to renew it.

“Yang Guang and Tian Tian have made a tremendous impression on our visitors over the last nine years, helping millions of people connect to nature and inspiring them to take an interest in wildlife conservation,” Royal Zoological Society of Scotland Chief Executive David Field said in a PA Media story published in The Guardian Sunday. “I would love for them to be able to stay for a few more years with us and that is certainly my current aim.”

No one. Not one person:

“The closure of Edinburgh zoo and Highland Wildlife Park for three months due to Covid-19 has had a huge financial impact on our charity because most of our income comes from our visitors,” Field told PA Media.

While the parks are open once again, social distancing rules mean that the number of visitors remains reduced. To address the shortfall, the charity has taken a loan from the government, furloughed or laid off staff and launched a fundraising campaign. But all of that may not be enough.

“We have to seriously consider every potential saving and this includes assessing our giant panda contract and the cost of their daily care. At this stage, it is too soon to say what the outcome will be. We will be discussing next steps with our colleagues in China over the coming months,” Field told PA Media.

Yang Guang and Tian Tian are also known by zoo visitors as Sunshine and Sweetie, according to Sky News. They are potentially a breeding pair, but have never reproduced together since being brought to the UK. They are kept in separate enclosures and meet once a year during mating season. Yang Guang had both of his testicles removed in 2018 after tumors were discovered.

The coronavirus isn’t the only financial challenge facing the Edinburgh Zoo, however; and the pandas may not be the only animals impacted.

The zoo relied on grants from the European Union for some conservation projects, which it is no longer eligible for because of Brexit. For example, Field told PA Media that the zoo received a £3.2 million (approximately .3 million) grant from EU Life for its Saving Wildcats partnership project, which works to breed Scottish wildcats and reintroduce them to the wild.

The Scottish wildcat is one of the most endangered mammals left alive in the UK, a 2018 report found.

“We still need to reduce costs to secure our future. It may be that some of our incredibly important conservation projects, including the vital lifeline for Scotland’s wildcats, may have to be deferred, postponed or even stopped,” Field told PA Media.