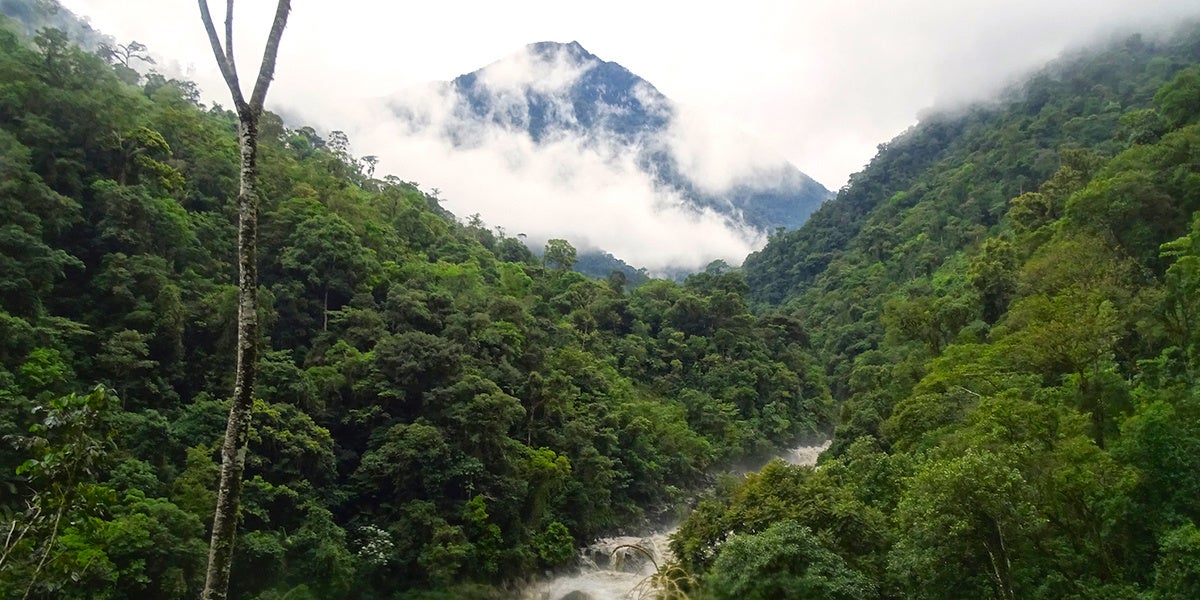 On Jan. 23, a new national park joined Ecuador’s 54 protected areas. Río Negro-Sopladora National Park lies in southern Ecuador’s Morona Santiago and Azuay provinces within the Cordillera Real Oriental mountain range and next to Sangay National Park. The area is dominated by almost-intact Andean páramos—treeless alpine plateaus—and forests that are home to a great variety of animal and plant species.

Because of the region’s biological and hydrological importance, Ecuador’s Ministry of the Environment and the non-governmental organization Nature and Culture International (NCI) signed an agreement in 2017 to incorporate 30,616 hectares of the Río Negro-Sopladora area into the state-owned Heritage Natural Areas Subsystem and the National System of Protected Areas Project in Ecuador. On Jan. 23 in the city of Macas, in Morona Santiago Province, Minister of the Environment Tarsicio Granizo declared the new national park in front of 300 guests. 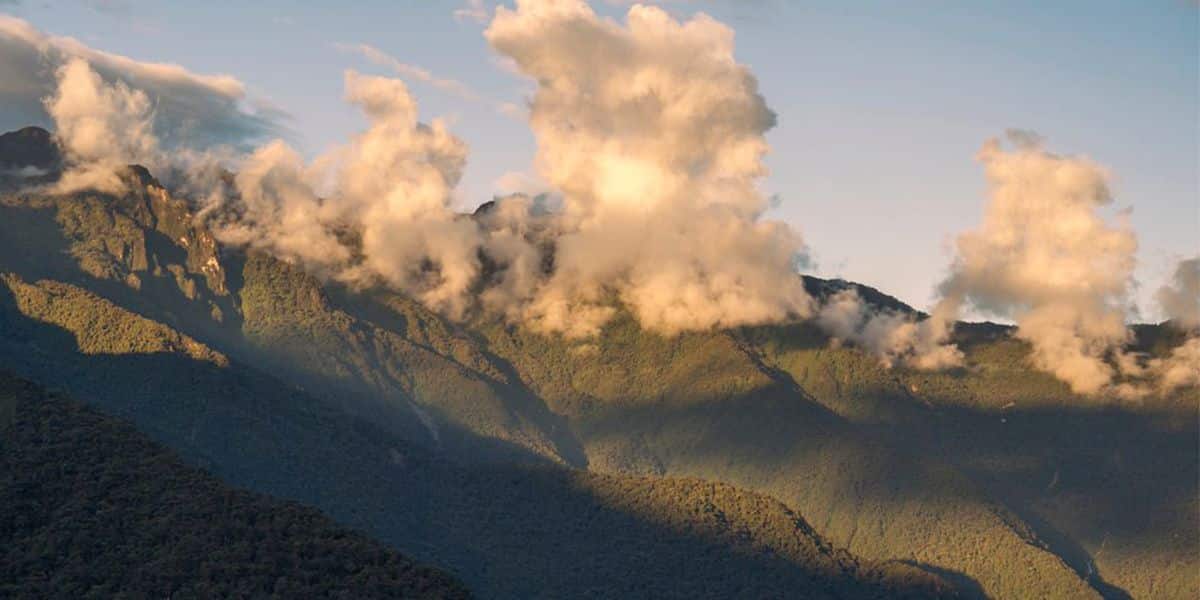 Since 1971, Río Negro-Sopladora has been protected under the category of Protected Forests and Vegetation Areas of the Paute River Basin. According to Fabián Rodas, coordinator of the NCI’s Austro program, this is “a very weak conservation category.”

Between Sangay National Park and Podocarpus National Park, which are both areas with global implications for the conservation of biodiversity, there are 160 kilometers (about 100 miles) of almost-unprotected land. “During the last few years, an area with gaps in conservation has been identified,” said Rodas. The new national park is envisioned as a key piece that will connect municipal reserves to the two national parks. Additionally, according to biologist Eduardo Toral, the newly declared park functions as a corridor that connects the páramos to forests at the bottom of the mountains.

There are very few places in the Ecuadorian Andes that have remained relatively untouched by humans. Río Negro-Sopladora is one of those places. Ranchers have been prevented from farming there due to the area’s rugged topography, rainy climate and elevations that vary from 800 to 3,902 meters (2,625 to 12,800 feet) above sea level.

One of the few remnants of human activity in this area is a 45-kilometer (28-mile) trail that was used for commercial exchanges between the Andes and the Amazon by the pre-Columbian Cañari and Ashuarc cultures. Mónica Pesantes, from NCI and the leader of the Study of Management Alternatives for the new national park, says that the trail was reopened 102 years ago for religious purposes by Padre Albino del Curto. Once every year in November, locals and tourists complete a Catholic pilgrimage on the trail, beginning in Sevilla de Oro and ending in Copal. 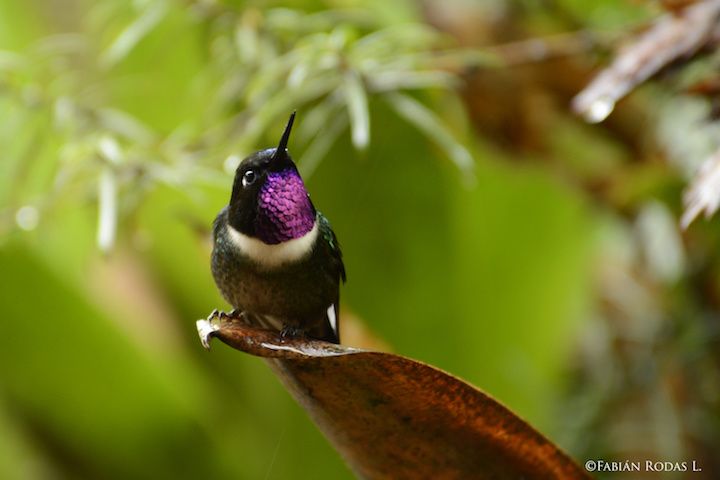 Heliangelus amethysticollis is one of the 136 species of birds recorded by the first biological evaluation of the area.Fabián Rodas

The other mark of human presence in the area, which is now more controllable, is the threat of mining. According to Rodas, the area is very rich in minerals. However, NCI was able to facilitate an agreement with the government to declare the area as a national park before large mining concessions were allocated in the area. But Rodas says that they did have to exclude one mining concession located in the southern part of what is now the national park, because it had already been surrendered for mining.

With the declaration of this area as a national park, the extraction of non-renewable resources will not be allowed without permission from Ecuador’s president or the National Assembly, in accordance with Article 25 of Ecuador’s Mining Law.

An Area of High Biodiversity

In July 2017, biologist Eduardo Toral and his team from NCI entered the unexplored forests of Río Negro-Sopladora. In only 12 days, they discovered three new species of amphibian: a frog, a salamander and a caecilian. This expedition formed part of the biological evaluation required to declare the area as a national park.

The results of the evaluation showed that the area still holds ecosystems in an excellent natural state with a significant number of species, many of which are endemic, threatened or rare. The researchers say there may be yet more undiscovered species in the new park. 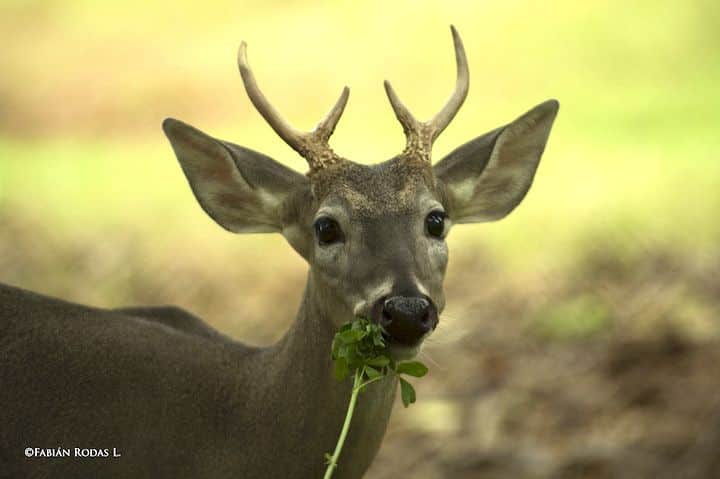 Forty-three species of mammals have been recorded within the new national park.Fabián Rodas

Among the four types of Andean forest and the two types of páramos that are found within the new Río Negro-Sopladora National Park, there are 344 species of vascular plants—one of which the researchers think could be new to science. They also registered 136 species of birds such as Andean condors, 23 species of reptiles and amphibians, and 43 species of mammals like Andean bears and tapirs. Rodas even suspects that they could find jaguars in the park.

Biologist Eduardo Toral discussed how they discovered the new frog, salamander and snake species. For example, the team found a seven-centimeter green frog hiding under a rock on a riverbank after hearing its call. “When we found it, we knew it was something new. It belongs to a group that is being discovered,” Toral said. 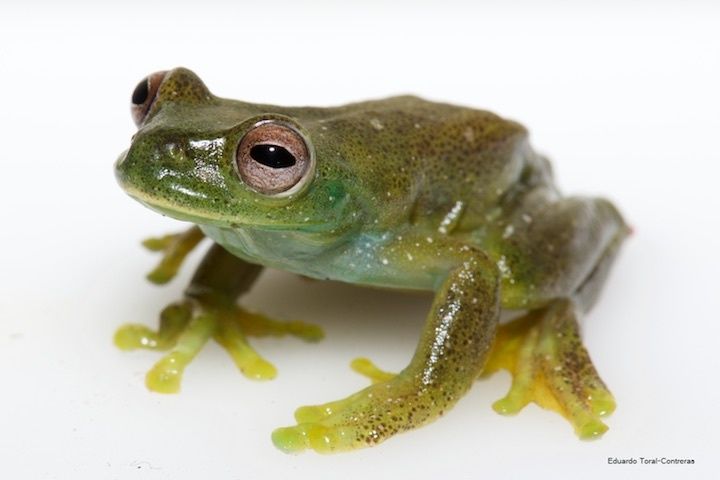 The new frog belongs to the Hyloscirtus genus. Eduardo Toral-Contreras

Next, they discovered a new species of salamander. Normally, these amphibians are small and live at altitudes below 1,000 meters (3,280 feet) above sea level. When Toral and his team found a salamander in the area, they realized that it must be a new species because it measured 10 centimeters and was living at an altitude of 1,500 meters (4,920 feet). 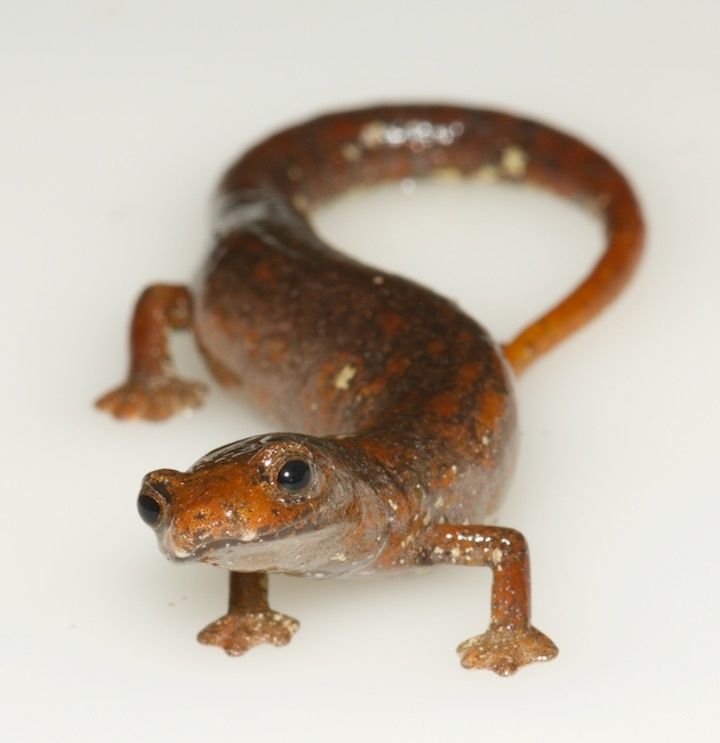 The new salamander is a member of the Bolitoglossa genus. Salamanders of this genus don’t have lungs, breathing instead through their skin and the tissue that lines their mouths. Eduardo Toral-Contreras

Toral also remembers how on that day in Río Negro-Sopladora, it felt like the sky was going to collapse. It rained all day, which removed earth from the forest floor. Near the Padre Albino del Curto Trail, they saw a snake-like creature gliding across the muddy land. The rain had forced the animal out of its underground home. Toral said that as soon as they saw the creature, they tried to catch it. These legless, blind amphibians are known as caecilians. “These animals are very rarely found. The only caecilian similar to the one we found is on the western side of Ecuador, in the depression towards the coast. We found the new species on the other side,” Toral said.

The new caecilian is a member of the Epicrionops genus, which scientists think is one one the most primitive caecilian genera. Unlike other caecilians, Epicrionops species still have tails. Eduardo Toral-Contreras

The Río Negro that runs through the new national park forms part of the Río Paute Basin, which supplies the Paute Integral hydroelectric system. This system delivers 1,757 megawatts of hydroelectric energy to surrounding communities, according to the Electric Corporation of Ecuador.

The region’s rivers also provide water for local human populations. The preservation of hydrological resources is an important motivation for these communities for protecting the forests, according to Rodas. For instance, the area’s Sangay-Podocarpus Corridor project promotes the creation of municipal reserves to connect Sangay National Park with Podocarpus National Park via a corridor of natural protected areas. “With the environmental services that the ecosystem presents us, we can achieve the best interests of the local communities,” Rodas said.

Due to efforts by local communities, researchers, NCI, the Andes Amazon Fund, and the Ecuadorian government—particularly the Ministry of the Environment—Río Negro-Sopladora National Park has received the highest conservation category status in the country.