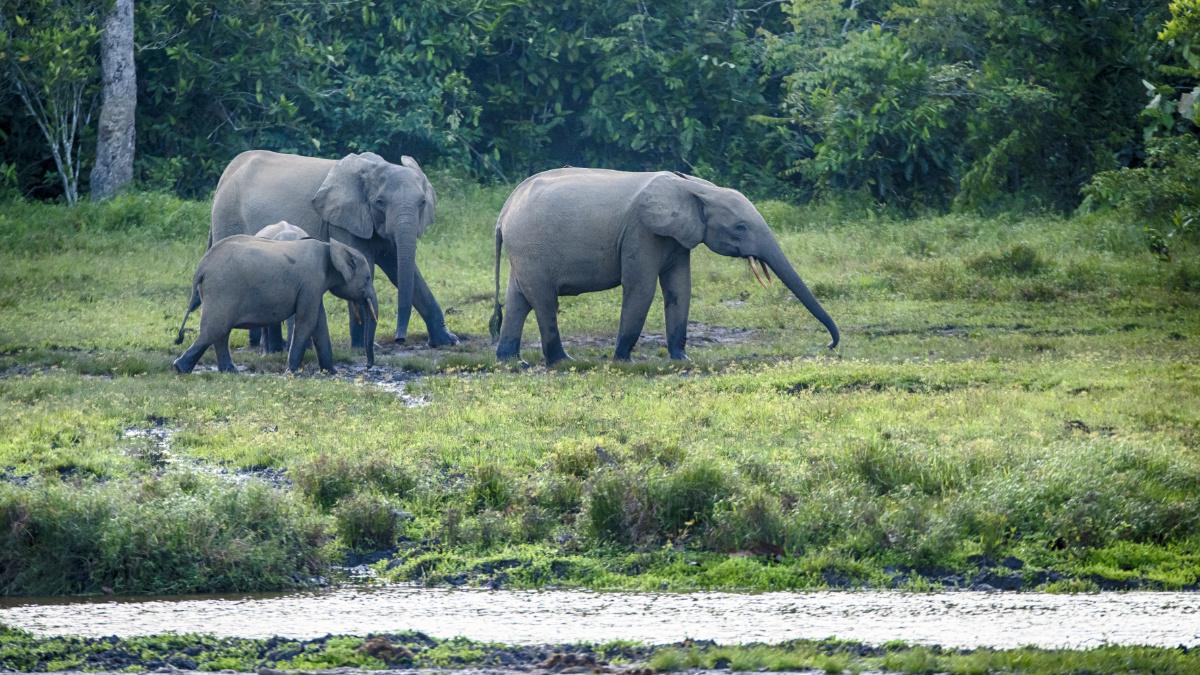 Researchers suggest reintroducing species, such as the forest elephant in the Congo Basin, pictured, as a way to help restore biodiversity. guenterguni / Getty Images

Ecologists and environmental advocates on Thursday called for swift action to reintroduce species into the wild as scientists at the University of Cambridge in England found that 97% of the planet’s land area no longer qualifies as ecologically intact.

The authors of the study, published in the journal Frontiers in Forests and Global Change, expressed alarm at their findings, which showed that of the 3% of fully intact land, much lies in northern areas which weren’t rich in biodiversity to begin with, such as boreal forests in Canada or tundra in Greenland.

The amount of ecologically intact land “was much lower than we were expecting,” Dr. Andrew Plumptre, head of the Key Biodiversity Areas Secretariat at Cambridge and lead author of the study, told Science News.

The researchers examined whether natural habitats had retained the number of species which were present in the year 1500—the standard used by the International Union for the Conservation of Nature to assess species’ extinction.

Earlier research using satellite imagery led to estimates that 20 to 40% of the planet had retained its natural biodiversity. But areas including dense forests, which can appear intact from above, were found to be missing numerous species.

The researchers linked the loss of unscathed land to hunting and other destructive human activities, disease, and the impact of invasive species. According to The Guardian, the study may underestimate the intact regions because it does not “take account of the impacts of the climate crisis, which is changing the ranges of species.”

Only 11% of the land still considered intact was found to be in officially protected areas, but much of the intact regions “coincide with territories managed by indigenous communities, who have played a vital role in maintaining the ecological integrity of these areas,” the researchers wrote.

In light of the study, advocates including author George Monbiot and ecologist Alan Watson Featherstone called for “rewilding,” or species reintroduction in affected areas.

Rewilding isn't a luxury. It's essential to protect the world's living systems. https://t.co/WbqrTU3VTR

If anyone wonders why we have a UN Decade on Ecosystem Restoration & rewilding has to become a major focus for humanity this report provides the answer: just 3% of ecosystems remain in a healthy fully functioning state with all their constituent species. https://t.co/lvGnS6QiOA

The reintroduction of up to five species could help restore 20% of the planet to previous levels of biodiversity, the study found.

“Examples would include reintroducing forest elephants in areas of the Congo Basin where they have been extirpated, or reintroducing some of the large ungulates that have been lost from much of Africa’s woodlands and savannas because of overhunting (e.g., buffalo, giraffe, zebras etc.), as long as overhunting has ceased,” the researchers wrote.

Previously, the rewilding of gray wolves in Yellowstone National Park in the U.S. led to a resurgence in the park’s ecosystem.