Look at This Solar-Powered Robot Weed-Picker 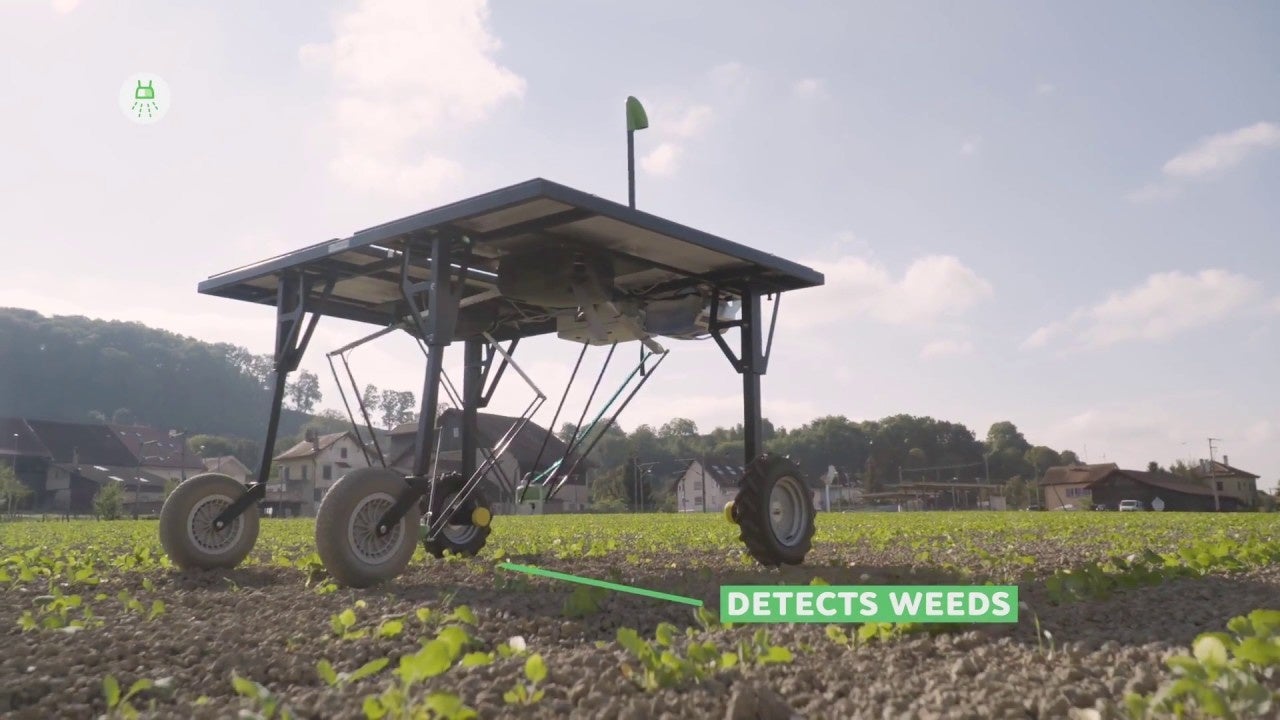 There are many high-tech potential solutions, but one of our favorites is the ecoRobotix robot: a solar-powered, automated robotic weeder.

EcoRobotix last week secured a new round of funding—nearly $11 million from agriculture investor CapAgro as well as, interestingly, BASF, a German corporation who holds the title of largest chemical company in the world. And we understand why. Just look at this lil’ cutie. 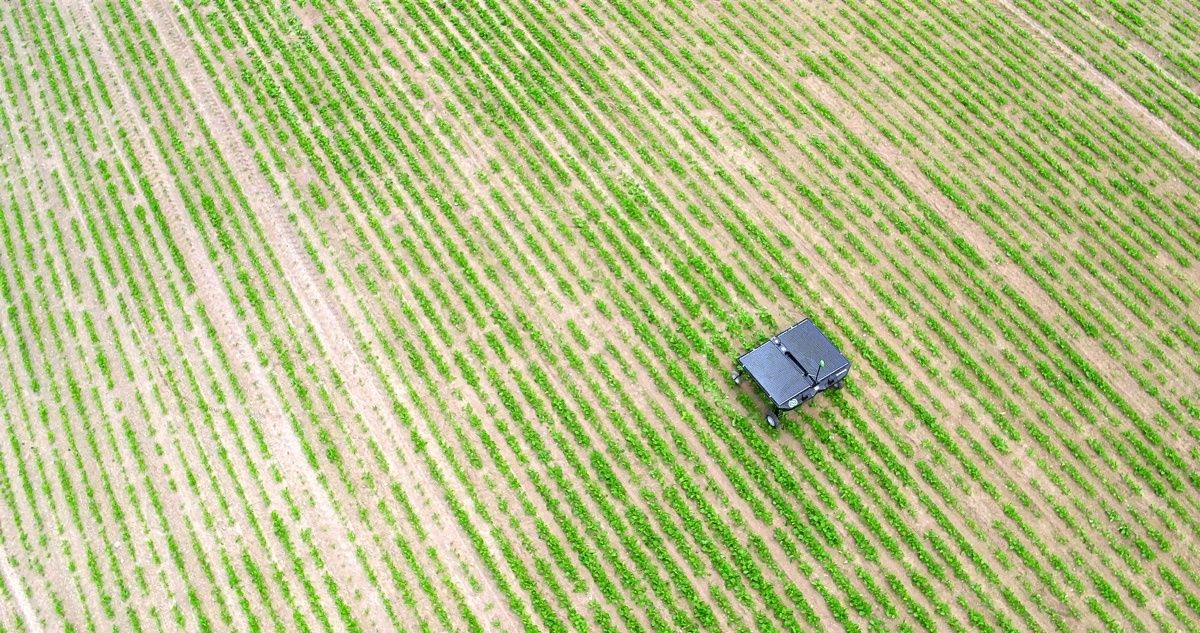 The ecoRobotix looks mostly like an end table on wheels, except the tabletop is a pair of photovoltaic solar panels, about seven feet wide. It’s equipped with a camera and GPS sensors, which allow it to find weeds on the ground, which it then wheels over to do its job.

Underneath the tabletop is a pair of … well, they look like arms. Where the hands would be one each arm is a little cup that covers the weed and delivers a very small dose of pesticide. This is all done completely automatically, with no input needed from the farmer, and the company says this precise delivery system can reduce the amount of pesticide needed by about 20 times. It can cover about 7.5 acres of land per day.

The robot works by detecting the crop it’s trying to protect. At the moment, the robot can only detect two crops—beets and canola—but the company says more options are coming and, just like your smart phone, can be delivered to the robot via software updates.

The ecoRobotix team has done pilot projects in Europe, and has told Reuters that it hopes to bring its product to market sometime in 2019. EcoRobotix will have company; there are several other startups working on this kind of precision scan-and-spray weeding, including American company Blue River.