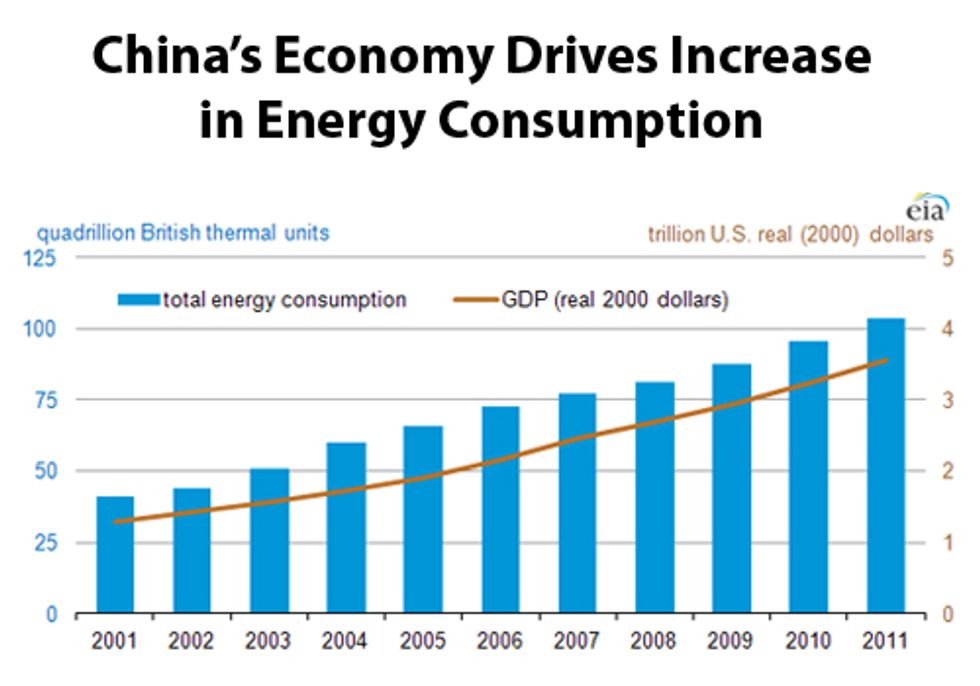 China is the world's largest energy consumer. China's economy, which has grown at an average real rate of about 10 percent per year over the last 10 years, is a key driver of the increase in energy consumption, both in China and internationally. Economic growth in China is still robust—China's gross domestic product grew an estimated 7.8 percent in the first half of 2012—but its growth is slower than in recent years, as is its growth in energy consumption. EIA's China Country Analysis Brief details its energy use, production, and industry.