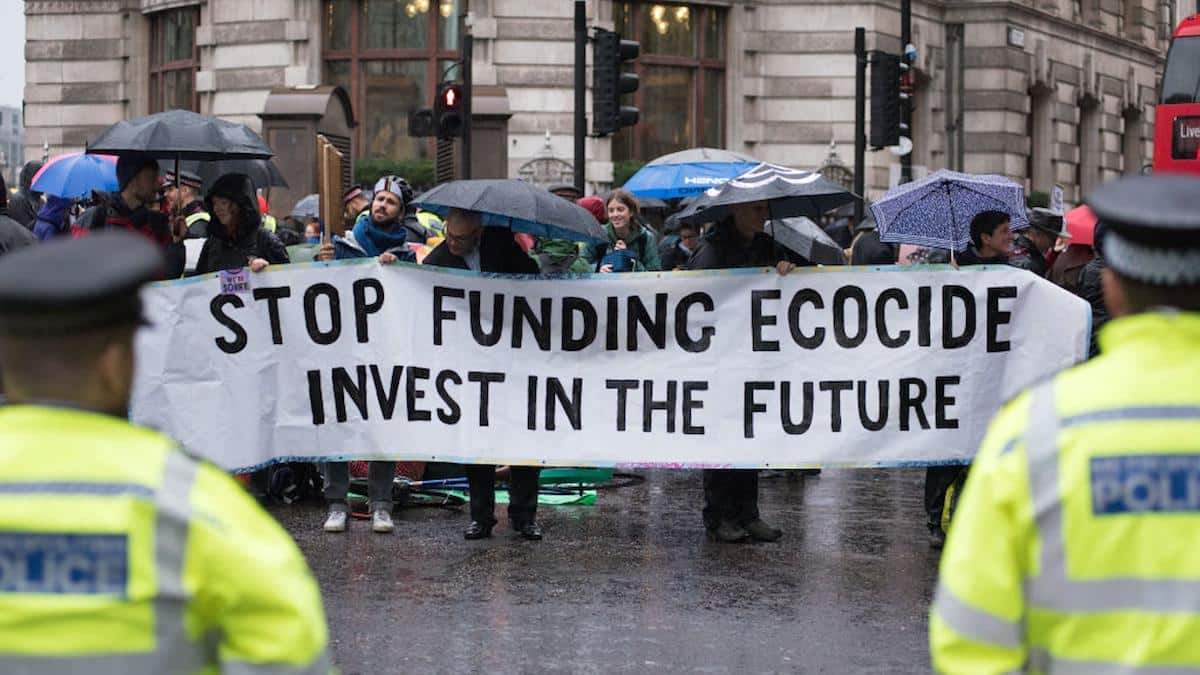 After six months of deliberation, an international panel of 12 legal experts has drafted an official definition of ecocide.

The definition was released Tuesday along with a proposed law that, if enacted by the International Criminal Court (ICC), would be the fifth crime the court prosecutes, Aljazeera reports.

The draft defines ecocide as, “unlawful or wanton acts committed with knowledge that there is a substantial likelihood of severe and widespread or long-term damage to the environment being caused by those acts.” If adopted by the ICC, those accused of ecocide would be tried in the same court as war crimes, crimes against humanity, genocide and the crime of aggression, said The Guardian.

The proposal and definition came less than a month after a groundbreaking case in which a Dutch court held Royal Dutch Shell liable for its contributions to climate change, and a growing number of world leaders have pushed for ecocide to be recognized as a crime. The Pope has even proposed making it a sin for Catholics, Inside Climate News reports.

According to CNBC, ecocide, “is an umbrella term for all forms of the mass damage of ecosystems, from industrial pollution to the release of micro plastics into the oceans,” and the exact definition has been debated since the early 1970s. Now that a definition is in place, activists hope the next step is holding people, companies and governments accountable for environmental destruction that ultimately harms humans.

“There have been working definitions in the past, but this is the first time that something has been convened globally and in response to political demand,” Jojo Mehta, co-founder of the Stop Ecocide campaign, the organization behind the law, told CNBC. “What that shows is that the space is opening up in the political world to actually look at a solution like this. This conversation is no longer falling on deaf ears and, indeed, it is actually gathering momentum at quite a pace.”