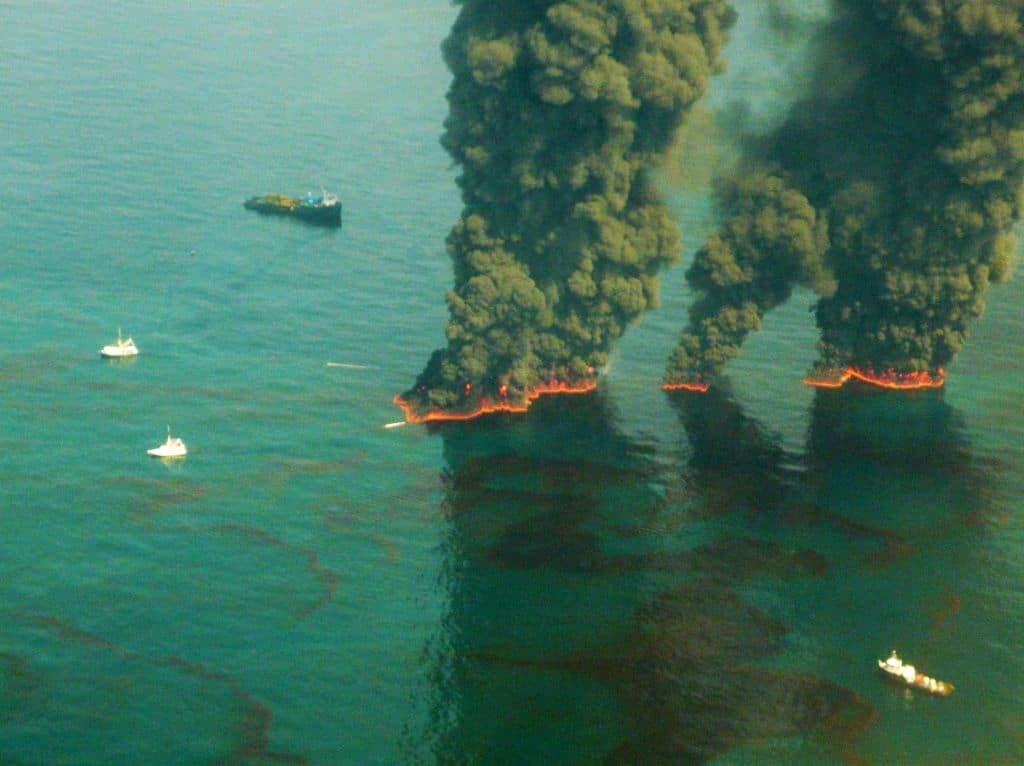 The Deepwater Horizon oil spill is one example of a crime that would be considered ecocide. John Kepsimelis / U.S. Coast Guard / Getty Images

Currently, there are four crimes recognized by the Rome Statute of the International Criminal Court (ICC): genocide, crimes against humanity, war crimes and crimes of aggression.

Now, a group of advocates wants to add a fifth ecocide defined as “mass damage and destruction of ecosystems – severe harm to nature which is widespread or long-term,” according to Stop Ecocide International.

“We have to … prevent mass damage and destruction of the living world … by recognizing it as the crime we all know it to be,” the group’s executive director Jojo Mehta said in a statement reported by The Guardian.

Stop Ecocide International builds on the work of forward-thinking lawyer Polly Higgins, who co-founded the group in 2017 and died two years later at the age of 50. In 2010, she presented a definition of ecocide to the UN Law Commission, which was later endorsed by Pope Francis.

“Ecocide is extensive loss, damage or destruction of ecosystems of a given territory(ies)… such that the peaceful enjoyment of the inhabitants has been or will be severely diminished,” she said, according to Stop Ecocide International.

Examples listed on the organization’s website include oil spills like BP’s Deepwater Horizon spill in the Gulf of Mexico in 2010, intensive agriculture like cattle ranching or palm-oil harvesting and massive pollution incidents like nuclear testing or the use of Agent Orange as a chemical weapon.

While this is the end goal, the organization noted that even proposing ecocide as a crime would have a positive influence.

“Corporate success depends on public and investor confidence,” the site explained. “No CEO or financier wants to be seen in the same way as a war criminal. A law of ECOCIDE on the horizon will therefore signal the end of corporate immunity – and begin to redirect business and finance away from seriously harmful practices.”

Most recently, Stop Ecocide International was promoting its ideas at Climate Week NYC during two events as well as participation in the Global Climate March. One of the advocates in New York last week was California winemaker Julia Jackson, who decided to lead the U.S. chapter after the Kincade Fire destroyed her Sonoma home in 2019.

“I lost everything – all my belongings,” Jackson told The Guardian. “It shook me to my core.”

Jackson said that around 24 countries including Spain, Iceland, the UK, France, Mexico and Chile had voiced interest in recognizing ecocide as a crime. She also pointed out that the point of such a law was not to penalize individuals for driving, flying or using single-use plastic but rather to deter major polluters like current Brazilian President Jair Bolsonaro whose policies have encouraged record deforestation in the Amazon rainforest.

“It’s not chopping down one tree” Jackson explained. “It’s severe mass destruction of the Earth.”