The Essential Guide to Eco-Friendly Travel 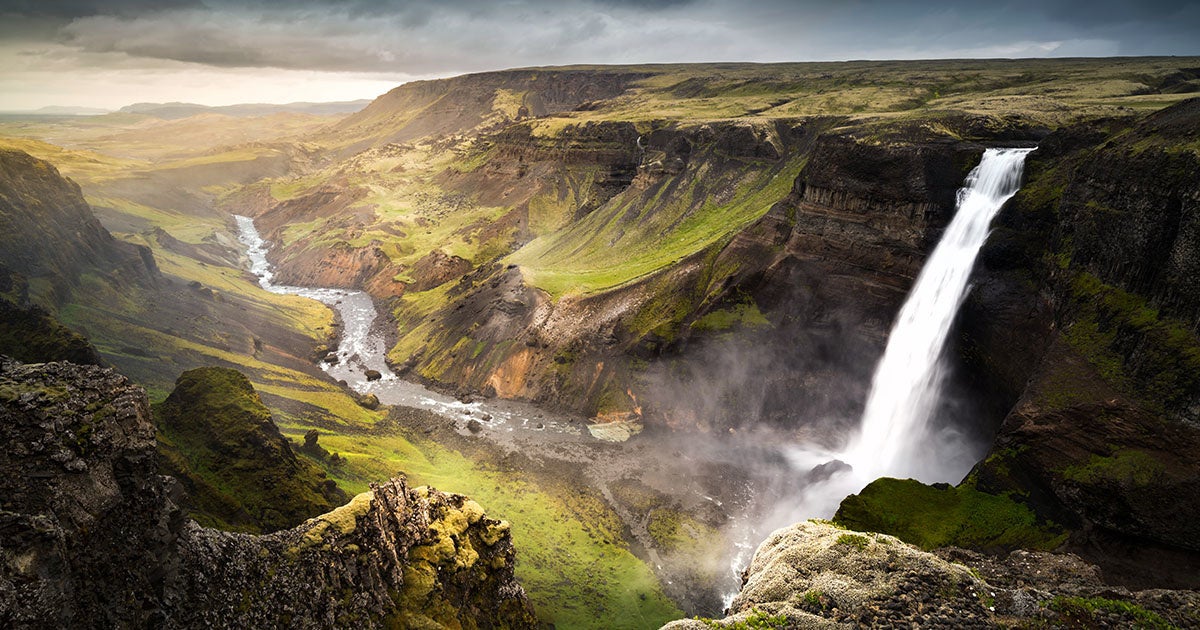 Háifoss waterfall in the south of Iceland. FEBRUARY / Getty Images

Between gas-guzzling flights, high-pollution cruise ships and energy-consuming hotels, travel takes a huge toll on the environment. Whether for business or vacation, for many people it’s not realistic to simply stop traveling. So what’s the solution? There are actually numerous ways to become more eco-conscious while traveling, which can be implemented with these expert tips.

Buy Carbon Credits
We Are Neutral is a Florida-based non-profit that works with organizations to reduce their carbon footprint. Geared toward businesses, the site offers a helpful carbon footprint calculator for flights, cars and even hotels. Just enter a few basic details, and the handy tool estimates the amount of carbon your trip produces. It even suggests how much you should donate to offset that amount, and allows you to donate directly to We Are Neutral, which uses the funds to plant trees.

Fly Environmentally Friendly Airlines
Kelley Louise, the executive director of Impact Travel Alliance, says that JetBlue has started using a sustainable jet fuel blend, while the International Council on Clean Transportation has named Norwegian Air the most fuel-efficient transatlantic airline. Meanwhile, the Atmosfair Airline Index 2017 is a helpful tool for discovering the most fuel-efficient airlines, plus it offers a carbon footprint calculator and the ability to donate through its site. Also useful, the International Air Transport Association counts more than 30 airlines with carbon offset programs, like Delta, United and Emirates.

Consider Trains Over Planes
Steve Long, co-founder of The Travel Brief, advises using trains whenever possible. “From London to Paris, trains emit almost 90 percent less carbon than a flight,” he says, based on using a carbon calculator from EcoPassenger. Long adds, “Excellent railway infrastructure makes trains a viable alternative to flights, including most of Europe and East Asia, and some countries in Southeast Asia.” And rail lines like Eurostar have a dedicated eco-friendly program to reduce carbon emissions, plastic and more.

Use Public Transportation
Long says that many major cities around the world offer easy downtown train access. “The historic city centers in Europe and Asia tend to be compact and pedestrian friendly (unlike North American cities), and their metro systems are extremely developed, making it very easy to get to anywhere in the cities quickly.”

If your heart is set on a hotel that doesn’t hold one of those designations, consider booking it through B’n’Tree. The site will plant a tree whenever you book a stay via one of their partners, including popular hotel booking sites like TripAdvisor, Booking.com and Hotels.com.

Opt Out of Housekeeping
Steve Long of The Travel Brief notes that many Marriott brands (Westin, Sheraton) are among the hotels offering incentives to guests who decline housekeeping services. For example, Marriott will credit accounts up to 500 bonus points a day. “Skipping housekeeping services means less energy used, less water used, and less waste generated,” says Long. “Even if a hotel doesn’t offer incentives, you can always request to skip housekeeping.”

Eat Locally
Margot Peppers, editor of LazyTrips, cautions against dining at familiar restaurants while abroad. “Often these global chains import food from far away, which translates to more carbon emissions,” she says. “Instead, seek out local businesses that use native ingredients. Even better, choose places that grow their own produce or head to a local farmers market.”

Try Going Vegan
Menghan Wang, co-founder of TheTravelBrief.com, notes that a recent study found that the meat and dairy industry is predicted to contribute more greenhouse gas than the fossil fuel industry unless changes are made. Reducing meat consumption helps. Wang acknowledges that going vegan isn’t an easy change, but traveling is a great time to experiment. And, she believes, “It gives you less risk of getting sick.” (Food poisoning from improperly stored or prepared meat, fish and dairy is a risk you don’t really need to take while traveling.)

Join an Environmentally Responsible Tour Group
Not all organized tour groups identify themselves as eco-friendly, so Green Global Travel says to consider the following when choosing: “Find out how the tour operator gives back to the local community. Do they lease the land from locals? Do they hire local guides? Do they take a leading role in preserving the area’s natural resources? Community-based tourism is the most sustainable.” They add, “And don’t take any tour that promises hands-on encounters with wild animals, such as riding elephants or walking with lions. If you do, you’re supporting an industry that illegally captures, transports and abuses millions of animals each year.”

That said, small tour groups tend to be more eco-conscious than large ones, and those affiliated with an environmental group like the Rainforest Alliance are good places to start.

Support Local Businesses
Like food, imported souvenirs geared toward tourists carry a higher carbon footprint than locally made items. Plus, says Green Global Travel, “When you buy directly from an artist, you’re not only helping them feed their family, but in many cases you’re helping to preserve their culture.”

Seek Practical Gifts
Especially when buying souvenirs for others, it makes more sense to return home with items that can be consumed, worn or otherwise used in daily life, as opposed to items that are likely to wind up in the back of someone’s closet or in the trash.

Of course, don’t feel bad if you return home empty-handed. Simply sharing your vacation photos and stories can prove more meaningful than a quick gift grabbed at the airport. Plus, putting the planet first is a valid reason.

Correction: A previous version of this post incorrectly attributed a quote to Kelley Louise instead of Margot Peppers. The post has been updated.