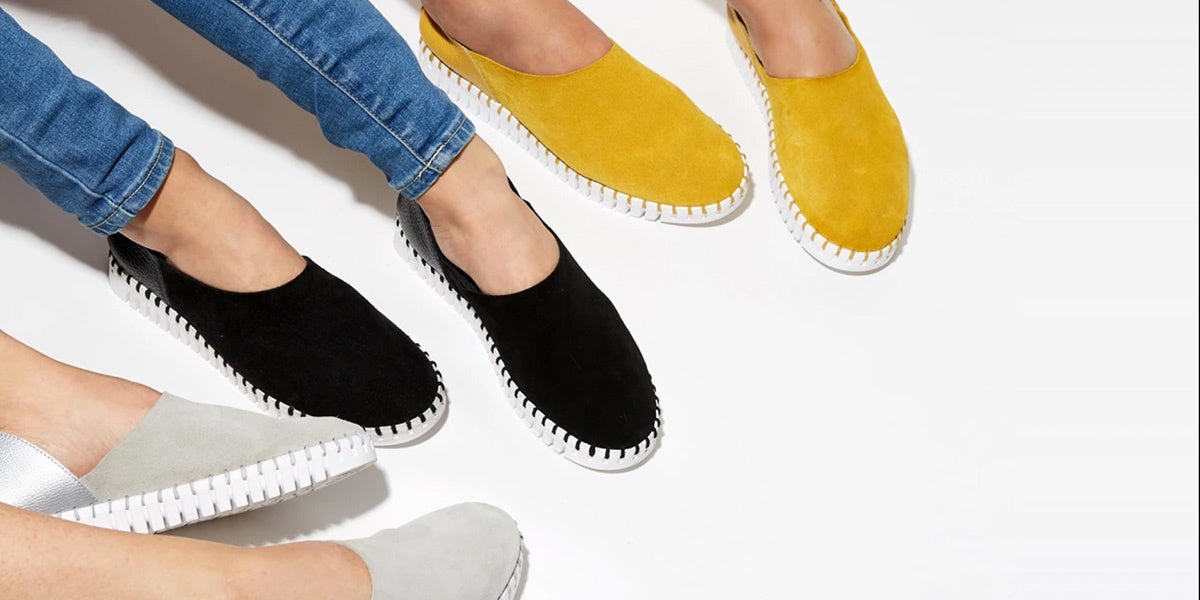 Update, September 10: The campaign for this project has switched from Indiegogo to Kickstarter and went live on September 6.

Two San Francisco fashionistas are working on an innovative shoe that is good for both your feet and your carbon footprint. The Bendy is a sneaker flat for women made ethically in the U.S. using less than one-sixth the carbon that it takes to produce the average sneaker, according to the product’s media kit.

Mary Sue Papale and Yvette Turner spent their careers in the fashion industry before kicking off on their own in 2011 to start Ashbury Skies, a curated website for indie shoe designers. They are therefore well aware of the ecological and labor-rights violations rampant in what they call “fast fashion.” The outsourcing of clothes manufacturing overseas in search of cheap labor has led to overproduction, unjust working conditions and enormous greenhouse gas emissions. In fact, a 2017 report found that the fashion industry emits more greenhouse gases each year than shipping and international flights combined, The Guardian reported. With the Bendy, Papale and Turner are doing their part to nudge fashion down the footpath towards sustainability.

“It was clear to us that the planet did not need just another shoe. But what it did need was a shoe with a conscience. We will not BS you and tell you that these shoes have zero environmental impact—going barefoot is zero impact. Instead, we have a simple construction of great materials made by some very kind and talented folks in downtown LA. That allows for less transportation (low CO2) and fair wages paid to California workers, keeping it right in our backyard,” Turner said.

While the average sneaker production emits 30 pounds of carbon dioxide, the equivalent of leaving a 100-watt light bulb switched on for a full week, the Bendy only emits 4.5 pounds. Turner and Papale broke it down further. While the average sneaker emits 15 pounds of carbon dioxide in manufacturing, nine pounds in material processing and six pounds in transport, the Bendy emits only 2.2 pounds in manufacturing, 1.45 pounds in materials processing and 0.9 pounds in transport.

It is also designed to hit the comfort and style sweet spot. It has a flexible bottom, a cushioned, sneaker-like footbed and a soft leather body. The shoes only use four materials: leather, thread, bottom and the footbed. They are hand-stitched to avoid the use of toxic glue and the leather is sourced from a responsible tanner in Italy.

The shoes are not yet available, but anyone who signs up for information via their Indiegogo campaign will be notified when the shoes are ready and will be eligible for early supporter discounts.