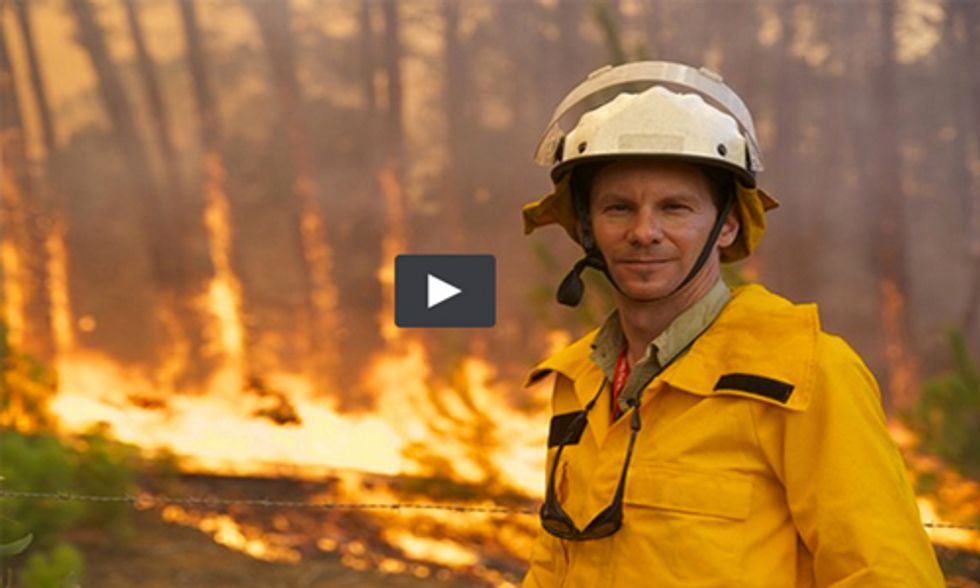 Pivot's Angry Planet is back for a new season, which will premiere on Friday April 17 at 10 pm. In the series, storm chaser and explorer, George Kourounis, gets up close and personal with some of the fiercest weather phenomena on Earth. Kourounis made headlines last fall when he rappelled 1,200 feet to the mouth of an active volcano in the South Pacific.

The series has taken viewers all over the world to some of the most extreme places on the planet, including the volcanoes of the Pacific, the coldest city on Earth, Brazil’s treacherous Amazon River, and the deep caves of Laos. This season, however, will have a new focus: climate change. Kourounis wants to document how climate change is "directly impacting and endangering Earth’s delicate ecosystem and in turn the world’s population," according to Angry Planet.

"Angry Planet is about more than daredevil stunts; it's not danger for the sake of danger. We want to learn how some of the most volatile forces of nature are created and affected by climate change,” said Kourounis. “You have to get up close to do that. The planet is going through some monumental changes and we're happy to take Pivot viewers along for the ride as we try to figure out what those changes mean." In the first episode, Kourounis examines whether climate change could make Australia uninhabitable.

Here's a preview of the season premiere: