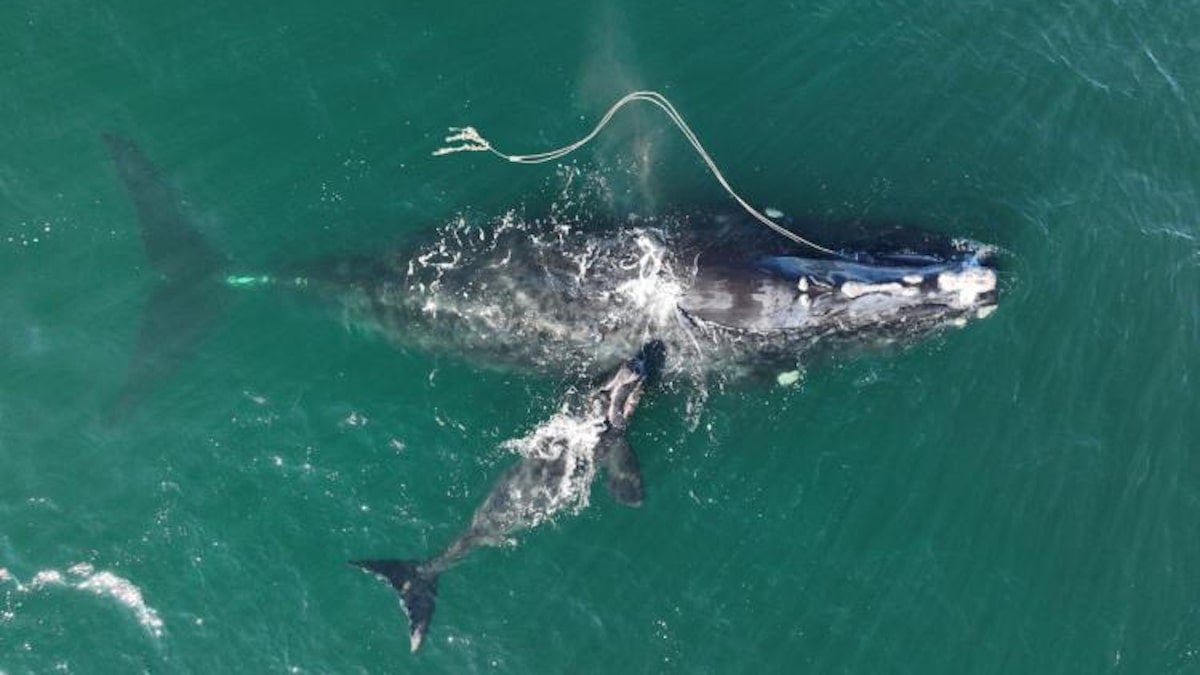 The Monterey Bay Aquarium’s Seafood Watch program recommends that consumers avoid eating any lobster or snow crab caught in the U.S. and Canada, as commercial fishing has put the endangered North Atlantic right whales at further risk of extinction.

There are about 70 reproductively active females left of the species, as reported by NRDC, and fewer than 340 North Atlantic right whales exist. From 2015 to 2019, there was an average decline of 31 deaths and critical injuries per year. The population declined an additional 8% from 2019 to 2020.

While these whales face many challenges to survival, one major threat is entanglement in fishing gear, particularly fixed-bottom fishing equipment used for commercial fishing of lobster and crabs. Entanglement can lead to death. Even when a whale gets entangled and survives, it can be left with serious injuries that prohibit it from reproducing or raising calves.

The NRDC has written a letter in support of Seafood Watch’s stance against consuming lobster and snow crabs sourced in the U.S. and Canada, particularly along the Atlantic Coast.

“NRDC is in strong support of the overall recommendation by Seafood Watch that consumers ‘avoid’ purchase of American lobster caught by trap in the United States and Northwest Atlantic Canada, as well as Snow Crab caught by pot off Canada’s Atlantic Coast,” the letter reads. “In our view, this recommendation reflects the best available scientific information regarding the status of the North Atlantic right whale and the level of mortality, injury, and sublethal impacts to the species presently resulting from each of the three fisheries, as well as the limited effectiveness of the risk reduction strategies currently in place.”

The letter continues on, outlining the plight of the whales, which are one of the most endangered large whale species on Earth. The population declined by over 20% from 2016 to 2020, and according to a study referenced in the letter, no adult or juvenile North Atlantic right whale died of natural causes between 2003 to 2018. Instead, they have been killed by entanglement, boat strikes, and other human-related causes.

Seafood Watch has updated its assessments with draft red ratings for fishing gear, such as pots, traps, and gillnets, that are dangerous to the right whales. The NRDC further suggests that there should be partnerships to test ropeless fishing systems, which pose nearly zero entanglement risk to the whales or sea turtles.

Until more work is done to create safer methods of commercial fishing, Seafood Watch and NRDC, along with other global organizations, such as WWF-Hong Kong, advise consumers to avoid lobster and crabs caught in the North Atlantic right whales’ habitat.