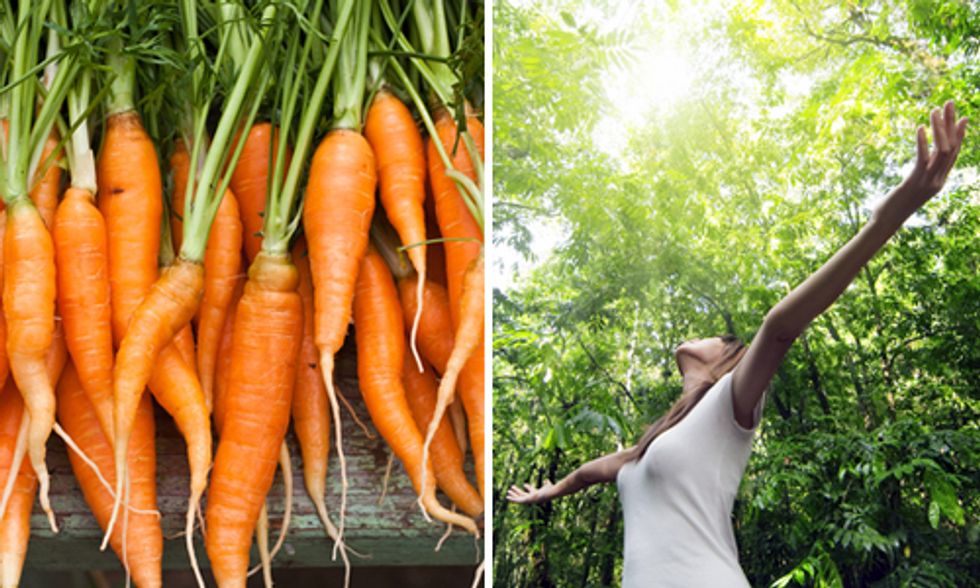 The worldwide trend towards a Western-style diet rich in meat and dairy produce will lead to an 80 percent increase in greenhouse gas emissions (GHGs) from agriculture.

“The implementation of dietary solutions to the tightly-linked diet-environment-health trilemma is a global challenge, and opportunity, of great environmental and public health importance,” the report’s authors say.

And since agriculture already accounts for 25 percent of all emissions, two U.S. scientists argue in Nature journal that a shift away from the trend towards steak, sausage, fried potatoes and rich cream puddings offers tomorrow’s world three palpable rewards.

“The implementation of dietary solutions to the tightly-linked diet-environment-health trilemma is a global challenge, and opportunity, of great environmental and public health importance,” the report’s authors say.

For example, GHGs from beef or lamb per gram of protein are about 250 times those from a serving of peas or beans.

And in China, the shift from traditional cuisine towards a Western-style diet rich in refined sugars, refined oils, meat and processed foods led to the incidence of type II diabetes rising from less than 1 percent in 1980 to 10 percent in 2008.

To put this greener, more sustainable world on the scientific menu, David Tilman, professor of ecology at the University of Minnesota, and Michael Clark, graduate science student at the Bren School of Environmental Science and Management, University of California Santa Barbara, simply looked at the already published evidence.

They identified 120 separate analyses of the GHGs from the entire life cycle of crop, livestock, fishery and aquaculture, all the way to the farm gate.

These analyses embraced a total of 550 studies, involving 82 types of food plant and animal products, and from all this they were able to calculate the diet-related emissions per gram of protein, per kilocalorie and per serving.

To confirm the connection between diet and health, they looked again at 18 studies based on eight long-term population studies that incorporated 10 million person-years of observation. They used 50 years of data about the dietary habits and trends in 100 of the world’s most populous nations to see the way food consumption patterns were changing.

And they confirmed something that nutritionists, health chiefs and medical advisers have been saying for decades: that a shift to vegetarian, traditional Mediterranean or fish-based diet could only be good.

“We showed that the same dietary changes that can add about a decade to our lives can also prevent massive environmental damage,” Professor Tilman said.

“In particular, if the world were to adopt variations on three common diets, health would be greatly increased at the same time global GHGs were reduced by an amount equal to the current GHGs of all cars, trucks, planes, trains and ships.

“In addition, this dietary shift would prevent the destruction of an area of tropical forests and savannahs of an area half as large as the United States.”

Such a shift away from the calorie-rich Western omnivore diet could reduce the incidence of type II diabetes—a condition notoriously linked to diet and obesity—by about 25 percent, cancer by about 10 percent, and death from heart disease by about 25 percent.

The close link between meat production and GHGs has been reported before. Researchers have also stressed the environmental value of a diet rich in grains and legumes rather than meat and dairy.

Not everybody will agree with the detail of their analysis. Other scientists have argued that—in the U.S., at least—healthy diet recommendations may not make a big difference to GHGs, or might even lead to an increase in them.

And because the authors specifically identify trawling for fish as wasteful, destructive and costly in emissions, and because ocean waters are becoming more acidic because of GHG emissions, a planetary switch to a pescatarian or fish and seafood diet is likely to be problematic.

But the two scientists nevertheless are clear on the main point. GHGs are, they say, “highly dependent on diet.”

Between 2009 and 2050, the global population will increase by 36 percent. People will also become better off, and their appetites and demands will grow. “When combined with a projected increase in per capita emissions from income-dependent global dietary shifts,” they say, “the net effect is an estimated 80 percent increase in global greenhouse gas emissions from food production.”

This 80 percent would represent 1.8 billion tons per year of carbon dioxide or its equivalent—which was the total emissions from all forms of global transport in 2010.

“In contrast,” they say, “there would be no net increase in food production emissions if, by 2050, the global diet had become the average of the Mediterranean, pescatarian and vegetarian diets.”