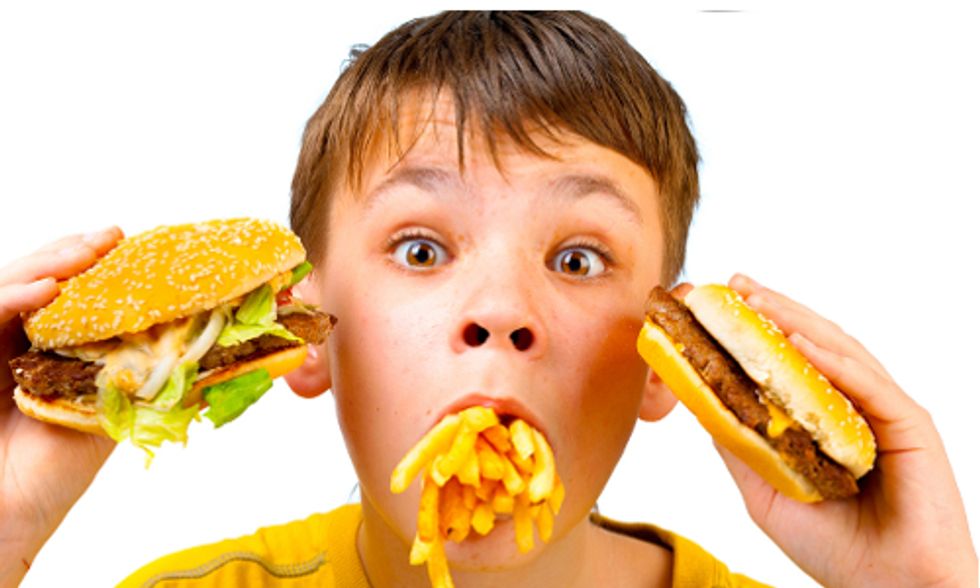 Most of us probably knew that eating fast food every day isn't good for us, even before the 2004 release of the film Super Size Me, in which filmmaker Morgan Spurlock demonstrated by personal example that doing so has major health consequences. The prevalence of fast food—often high in calories, fats, sugar and salt and low in nutrients—has been blamed for the big increases in obesity in the U.S.

Too much fast food might be bad for the brain as well as the body.
Photo credit: Shutterstock

Now a study reveals that eating too much fast food might make you dumber as well as fatter. The Ohio State University assistant professor of human sciences Kelly Purtell, working with University of Texas associate professor of human ecology Elizabeth Gershoff, has released a study showing that increased frequency of fast food consumption by fifth graders led to lower test scores in reading, math and science in the eighth grade.

"There’s a lot of evidence that fast-food consumption is linked to childhood obesity, but the problems don’t end there," said Purtell. "Relying too much on fast food could hurt how well children do in the classroom."

“Fast-food consumption was quite high in these students,” said Purtell.

But their test score gains were the opposite. Children who had fast food every day or four-six times a week had notably lower gains from fifth to eighth grade than children who did not eat any fast food. Children who had fast food just one-three times per week (more than half the children participating) showed lower gains in one subject, math. The study didn't explore why this is, but other studies have shown that diets high in fat and sugar impede learning and cognitive processes.

While Purtell cautioned that the study cannot conclusively prove that eating fast food is the reason students with higher consumption showed lower academic gains, the researchers controlled for a variety of other factors, including amount of exercise the children got, what else they ate, how much TV they watched and their family's socioeconomic status.

"We’re not saying that parents should never feed their children fast food, but these results suggest fast food consumption should be limited as much as possible," said Purtell.