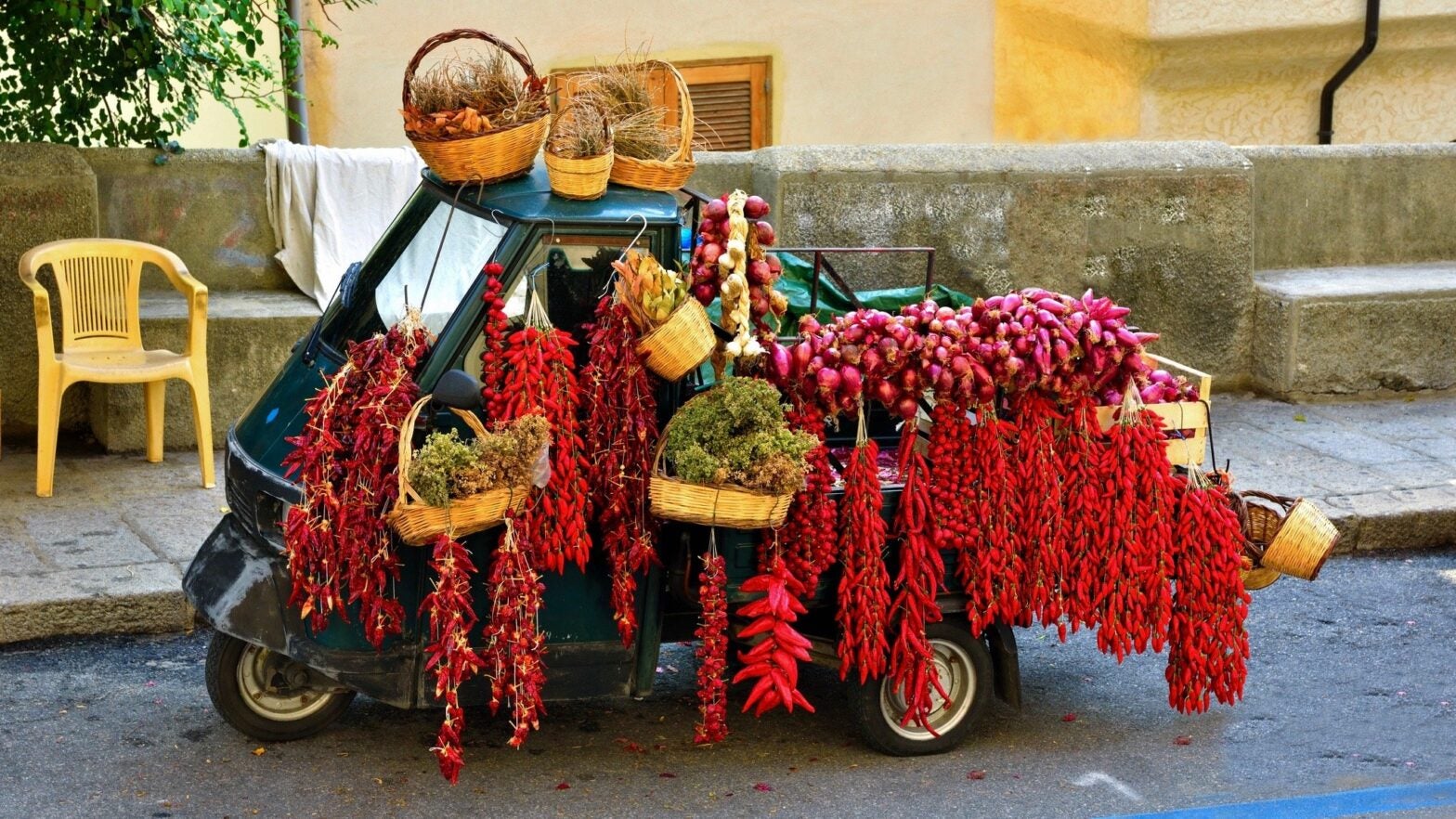 Red chilies and onions for sale in Tropea, Italy. Researchers found that those in Italy who eat chilies regularly have a lower risk of death. maudanros / Moment / Getty Images

Could chili peppers have life-saving properties? A recent study suggests they might.

The protective effect of the chili peppers extended beyond cardiovascular disease. The study found that the regular chili eaters were 23 percent less likely to die for any reason, Newsweek reported.

“The strength of the association between chili pepper and cardiovascular mortality risk is quite strong, but also the risk reduction toward total death risk is actually surprising,” study authors Marialaura Bonaccio of Maastricht University in the Netherlands, Dr. Giovanni de Gaetano of Italy’s I.R.C.C.S. Neuromed and Dr. Licia Iacoviello of the University of Insubria, Italy, told Newsweek in a statement.

The research, published this month in the Journal of the American College of Cardiology, focused on Italy because chili peppers are a common part of the traditional Mediterranean diet, a diet dominated by fruits, vegetables, whole grains, nuts and seeds that relies on olive oil as its primary fat source, Newsweek explained.

Observing practitioners of this diet could therefore help scientists study the reported link between capsaicin, the ingredient that gives chilies their spice, and good health. It was also a way to verify Italian food traditions that touted the benefits of peppers, Iacoviello told CNN.

“And now, as already observed in China and in the United States, we know that the various plants of the capsicum species, although consumed in different ways throughout the world, can exert a protective action towards our health,” Iacoviello said.

Interestingly, the researchers found that participants who ate chilies were less likely to die even if they did not follow the rest of the Mediterranean diet, which is generally considered healthy.

“[S]omeone can follow the healthy Mediterranean diet, someone else can eat less healthily, but for all of them chili pepper has a protective effect,” Bonaccio told CNN.

That might make you want to go out and buy some chilies, but the study authors cautioned against that line of thinking.

“Diets should not be treated as drugs,” the authors told Newsweek. “We should not talk in terms of amounts per day, as if we were dealing with drugs, rather our effort should be addressed to promote a global healthy lifestyle, starting from diet.”

They said that those who already eat chili peppers regularly should of course continue to do so, but anyone who does not like peppers should simply follow a healthy diet overall.

Because it was an observational study, the research also cannot prove that chilies were in fact responsible for the lower mortality risk.

“This type of relationship suggests that chillies may be just a marker for some other dietary or lifestyle factor that hasn’t been accounted for but, to be fair, this kind of uncertainty is usually present in epidemiological studies, and the authors do acknowledge this,” Ian Johnson, a nutrition researcher at Quadram Institute Bioscience in England who was not involved in the study, told CNN.

Duane Mellor, a dietitian at the UK’s Aston Medical School who was also not involved in the study, said it was possible people who ate chilies were more likely to add herbs and spices to their cooking, and therefore more likely to eat healthy foods like vegetables generally.

The researchers now plan to investigate whether there are any biological reasons why chilies might be good for your health.