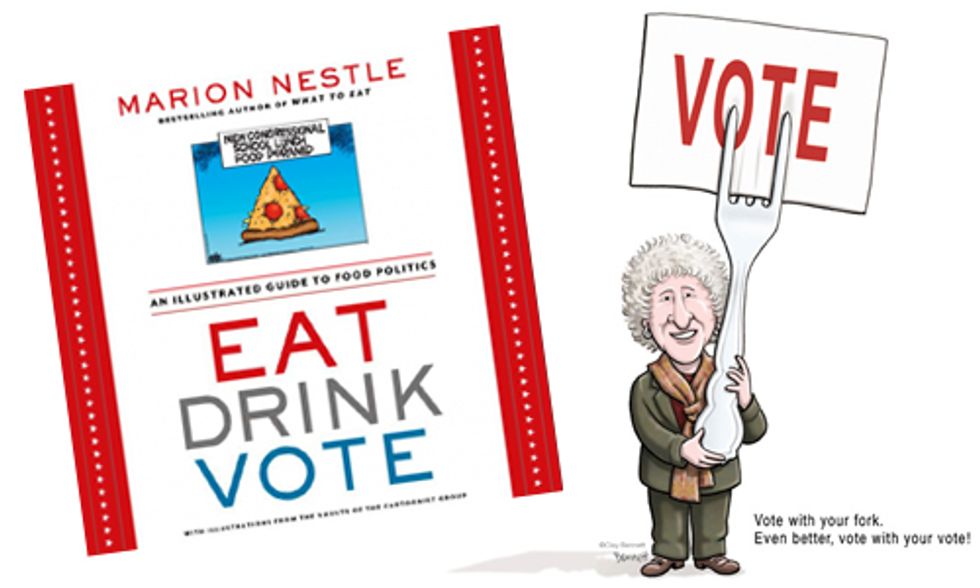 In her new book, Eat, Drink,Vote, Nestle collaborated with The Cartoonist Group syndicate to present more than 250 of her favorite cartoons on issues ranging from dietary advice to genetic engineering to childhood obesity. The book encourages readers to choose food mindfully and to vote for politicians and issues that make it easier for everyone to make healthier dietary choices.

"Food is political," Nestle says in an interview with Maria Rodale, CEO and chairman of Rodale, the book's publisher.

"You cannot understand anything about the way people eat in the United States unless you understand who's paying for it, who gets the money for it and how the government is involved and that gets you into politics immediately. ... There's lots of politics involved and I think the public needs to be aware of that."

Nestle thinks the U.S. is in the middle of a food movement—a movement largely of young people to create a food system that healthier for the planet. She sees the new movement playing out in schools.

"You can transform food in schools and have an enormous impact on lives of children," Nestle says.

Here's steps that Nestle says everyone can take to improve food and nutrition:

Here's the video interview between Rodale and Nestle: