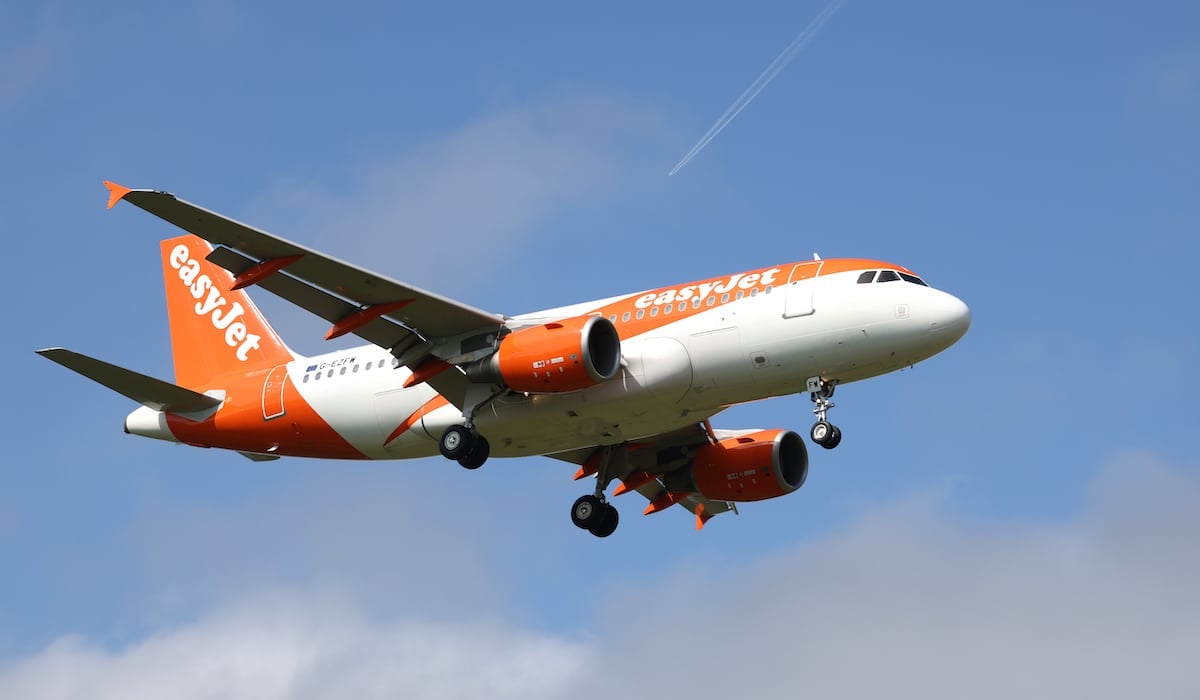 An easyJet aircraft approaches for a landing at Gatwick Airport in London, England on March 27, 2022. Hollie Adams / Getty Images

Budget airline easyJet unveiled its roadmap to achieving net-zero greenhouse gas emissions by 2050, and it’s perhaps most notable for what it doesn’t include: carbon offsetting.

In its Monday announcement, the airline said it was ending its offsetting program for flights booked beginning in January, 2023 and focusing its investments instead on Sustainable Aviation Fuel (SAF), improving efficiency, carbon-capture technology and transitioning to zero-emissions technology as it becomes available.

“Today, we’re the first airline to outline an ambitious roadmap in which zero carbon emission technology plays a key role to take us to net-zero emissions by 2050 and ultimately to zero carbon emission flying across our entire fleet,” easyJet CEO Johan Lundgren said in a statement.

Reducing emissions from aviation — which is currently responsible for around two percent of total greenhouse gas emissions but 3.5 percent of anthropogenic climate change — is a challenge because the industry relies so heavily on kerosene, a liquid fossil fuel. As public pressure increases for companies to green their business practices, major airline companies have turned to carbon offsetting programs that allow them to compensate for in-flight emissions by funding activities like tree planting that are supposed to draw carbon dioxide out of the atmosphere to compensate. In 2019, easyJet became the first airline to say it would operate entirely net-zero flights by offsetting all of its emissions, as The Guardian reported at the time.

However, this solution has proved controversial. A report from The Guardian and Greenpeace’s Unearthed looked at 10 forest preservation projects that provided carbon credits to airlines including easyJet and found that, while the projects did good work on their own, it was difficult to prove that they actually offset the flights’ emissions.

“Projects estimate the emissions they have prevented by predicting how much deforestation and land clearing would have occurred without them,” The Guardian’s Patrick Greenfield explained at the time. “The reductions are then sold on as credits. We found their predictions were often inconsistent with previous levels of deforestation in the area and in some cases, the threat to the trees may have been overstated.”

Cases like these are why activists worry that carbon offsetting amounts to greenwashing. Verra, the nonprofit that accredited the projects for the airlines, disputed the report’s findings, and easyJet said that it did not step away from offsetting because of the quality of the standards it had used, The Guardian reported further.

Lundgren said that offsetting had been the right thing to do in 2019, but that the company had always planned to move beyond it.

“We’ve said all along that we want to transition to technologies that reduce our carbon intensity from our direct operation, that’s our key goal,” he said, as The Guardian reported.

In its Monday announcement, easyJet also said that it wanted its net-zero plan signed off on by the Science-Based Targets initiative (SBTi), a collaboration between the UN and various nonprofits that advises companies on how to reduce emissions in line with the goals of the Paris agreement.

“SBTi requires airlines to decarbonise within their own operation,” easyJet said in its announcement.

The main stages on easyJet’s roadmap to decarbonization are:

“If you go out and ask the public in general, they would say that the best way to decarbonise the industry would be through this zero-emission technology and that is what we are now putting more attention on to,” Lundgren told reporters, according to Reuters.

In the short term, most of the reductions will come from buying more fuel efficient planes, which will allow the company to cut emissions around 15 percent, The Guardian reported. Towards this goal, it has ordered 168 more Airbus A320neos.

The more ambitious goal of developing zero-emissions technologies is being advanced with partners like Rolls-Royce, which is preparing to test a hydrogen engine, the airline said.

In its announcement, the company acknowledged it needed support from the government to achieve some of its goals. For example, designing more direct routes requires the buy-in of European policy makers and may not be possible for a decade, according to The Guardian.

For those who want to continue to offset their flights, easyJet will make this a voluntary option beginning in January.