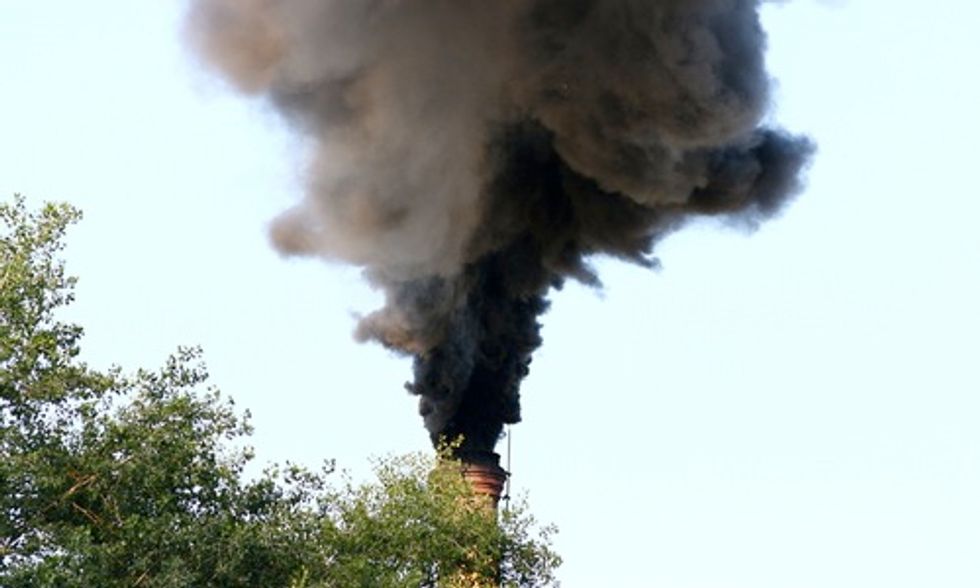 A group of East Coast states isn't pleased with its Midwestern neighbors, at least when it comes to air pollution.

The governors of states like Delaware, Connecticut and New York petitioned the U.S. Environmental Protection Agency (EPA) Monday in hopes that it will better regulate nine Rust Belt and Appalachian states whose coal plant emissions flow across state boundaries.

The governors say that the Rust Belt and Appalachian states—Illinois, Indiana, Kentucky, Michigan, North Carolina, Ohio, Tennessee, Virginia and West Virginia—contributed to their own violations of National Ambient Air Quality Standards. The East Coast states were placed in the Ozone Transport Region (OTR) more than a decade ago and, as a result, face stricter standards.

The East Coast governors believe the Midwestern and Appalachian states should join them in the OTR. The Supreme Court is expected to hear argument today.

“I care about this because it’s put Connecticut at an economic disadvantage,” Connecticut Gov. Dannel P. Malloy told the New York Times. “We’re paying a lot of money to remove these compounds from the air. That money is reflected in higher energy costs. We’re more than willing to pay that, but the states we’re petitioning should have to follow the same rules.”

The current OTR members are expected to argue that upwind states need help containing the particles responsible for 98 percent of the ozone air pollution in their states, according to The Christian Science Monitor.

“They’re getting away with murder, only it's in our state not theirs," Malloy said, adding that the life expectancy of residents with heart disease and asthma has been decreased because of the pollution.

The petition and arguments come just a day before the Supreme Court will hear arguments related to the EPA's Cross-State Air Pollution Rule (CSAPR) or "good neighbor" law, which would force 27 states to install pollution control technology or shut down dirty coal power plants. The Obama administration introduced the regulation two years ago only to have it shot down by the U.S. Court of Appeals for the District of Columbia Circuit. The court said the EPA had not followed the Clean Air Act in deciding who was responsible for cross-state air pollution.

The EPA estimates that the CSAPR would prevent up to 34,000 premature deaths, 15,000 nonfatal heart attacks, 19,000 cases of acute bronchitis, 400,000 cases of aggravated asthma and 1.8 million sick days per year. Indiana, Kentucky and Ohio would be under extra pressure to spend the money to make such preventions possible. The three states respectively get 83, 93 and 78 percent of their electricity from burning coal.