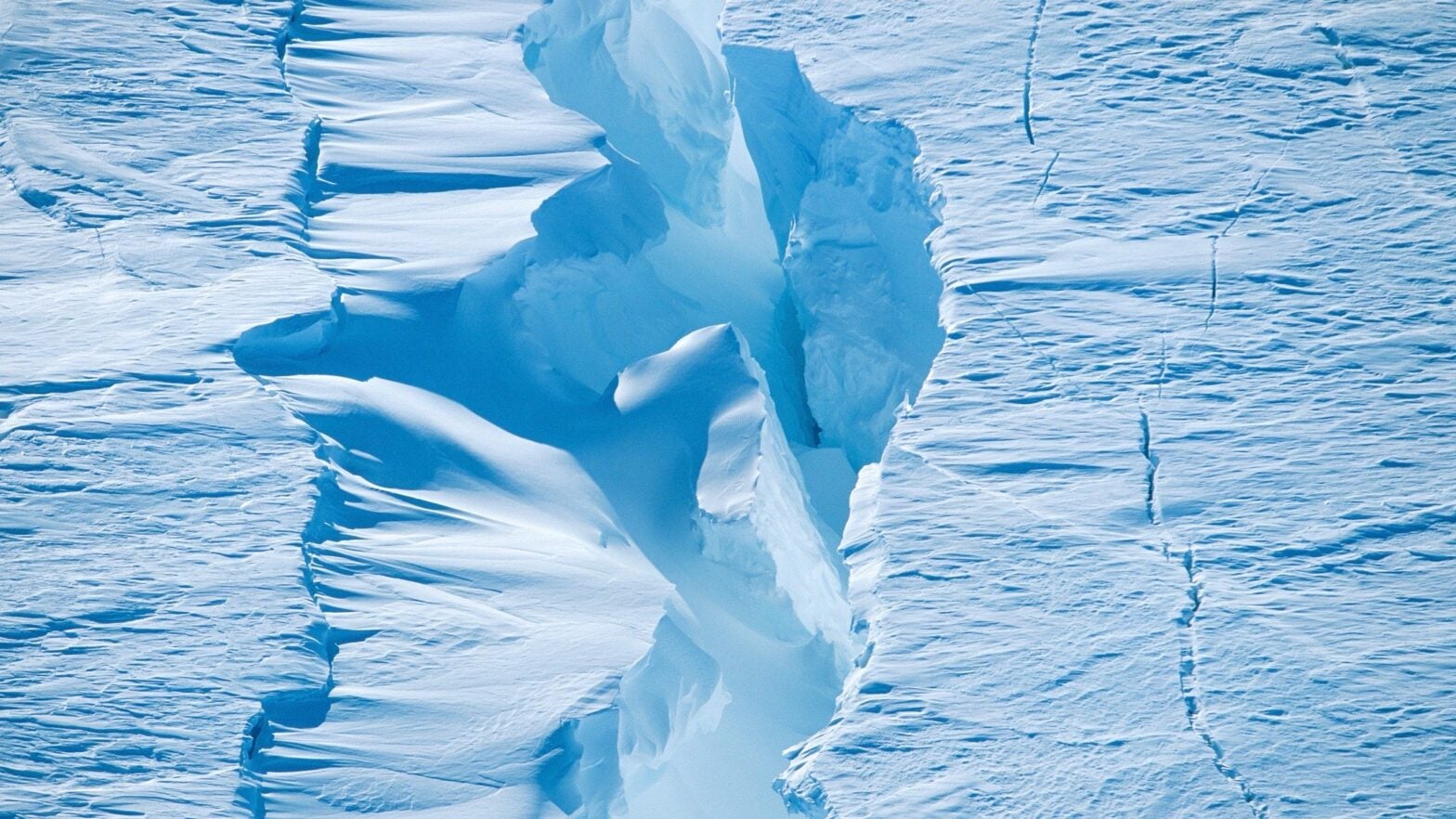 It’s been 200 years since Russian explorer Admiral Bellingshausen discovered Antarctica. It’s a frozen wilderness, and the East of the continent is the coldest place on Earth — but scientists say they are starting to see signs of ice loss even there.

To draw attention to this plight, endurance swimmer and climate campaigner Lewis Pugh undertook a 1 kilometer swim under one of the region’s glaciers.

Braving freezing waters and a windchill factor of -15 C, he explored a river running through an ice tunnel formed as a result of the glacier melting.

And the experience was eye-opening. “Antarctica is melting,” he says. “Everywhere I looked, there was water rushing off the ice sheet, carving long ravines deep into the ice sheet, or pooling into supraglacial lakes.”

Pugh is the only person to have undertaken long-distance swims in all the world’s oceans. At 50, he’s a veteran of many icy adventures, including swimming over the North Pole during a brief break in the sea ice, and crossing a lake that formed on a glacier on Mount Everest.

He was named one of the World Economic Forum’s Young Global Leaders and in 2013 was appointed as the United Nations’ Patron of the Oceans.

His ability to withstand extreme cold has earned him the nickname of “The Polar Bear.”

He has already visited Moscow to mark the anniversary of Admiral Bellinghausen’s momentous discovery. And he plans to head to Beijing, London and Washington to persuade world leaders to increase protection for Antarctica.