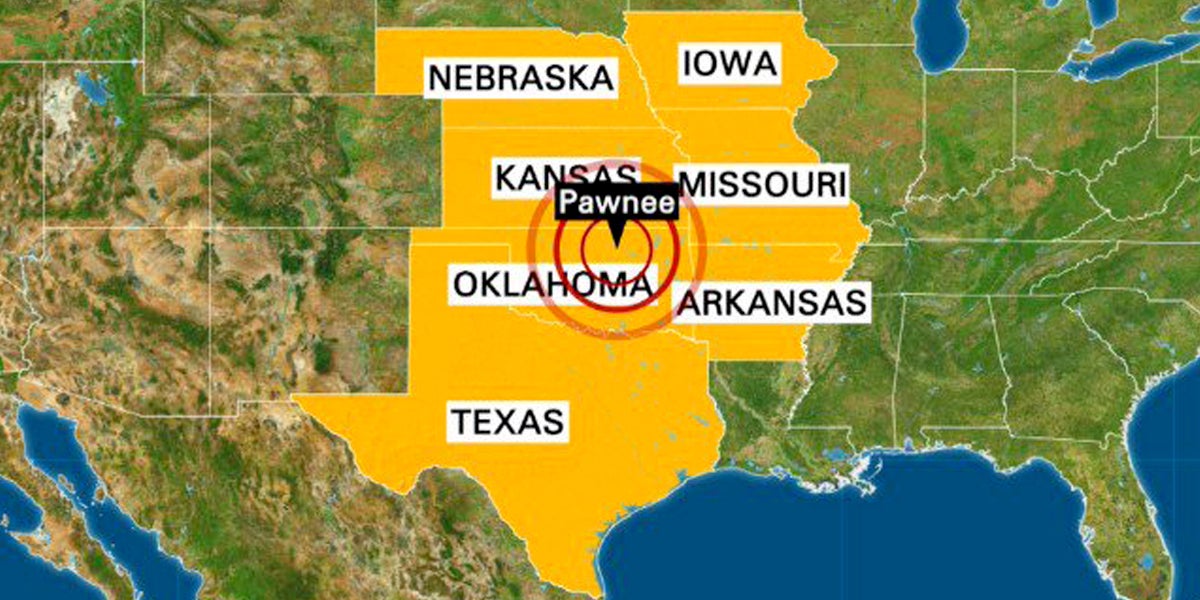 Early this morning, a record-tying 5.6 magnitude earthquake struck Pawnee, Oklahoma, producing rattles from Nebraska to North Texas. According to the U.S. Geological Survey, the earthquake hit within the vicinity of an area where regulators intervened earlier this year to limit wastewater disposal produced from fracking. Today’s earthquake prompted state regulators to shut down 37 wastewater-disposal wells.

The disposal of wastewater produced from fracking, has led to the alarming increase of earthquakes with magnitude-3 or larger by nearly 300 times, or 30,000 percent in north-central Oklahoma alone. In 2014, more than 5,000 earthquakes were reported.

Earlier this year, the Sierra Club and Public Justice filed suit against four of the primary culprits for wastewater disposal, citing that it causes an “imminent and substantial endangerment” to public health and the environment in violation of the Resource Conservation and Recovery Act.

On Sept. 7, the Oklahoma Chapter of the Sierra Club will be hosting an event—”Earthquakes and Wastewater Disposal”—with the American Chemical Society in Tulsa, Oklahoma, less than an hour from the site of today’s earthquake. The public event will present the facts concerning the relationship between fracking produced wastewater disposal and the large number of earthquakes in the state.

“It’s heartbreaking to see what has happened in my beloved home state, and I want to extend my thoughts and prayers to everyone here in Oklahoma, and those from Texas to Nebraska who suffered and were rattled by this morning’s earthquake,” Sierra Club Oklahoma chapter director Johnson Bridgwater said.

“Oklahomans, like all Americans, deserve the security and comfort of knowing that their homes will not crumble around them due to corporate malfeasance. The oil and gas industry, Governor Fallin and our state legislature must stop putting polluters’ profits over its citizens safety and well-being, and take swift and immediate action to end this epidemic.”