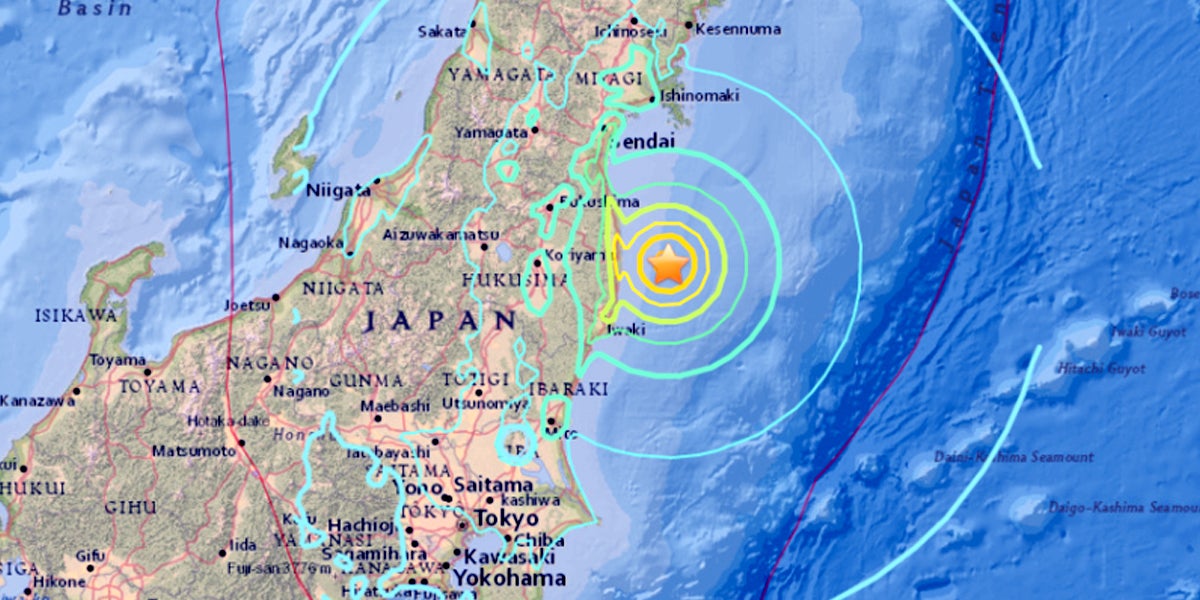 In 2011, a powerful earthquake and subsequent tsunami struck the Fukushima prefecture in Japan, leading to a nuclear disaster whose impacts are still being felt globally. Now, a massive 7.4 earthquake hit Fukushima around 6 a.m. local time, and tsunami warnings and advisories are in effect. 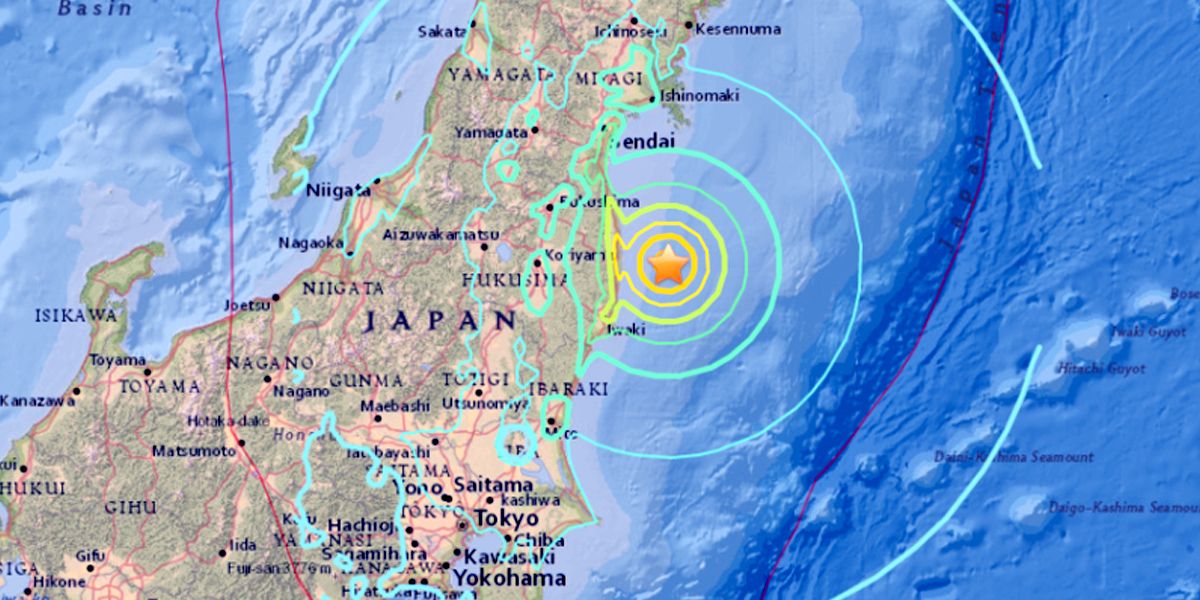 It was first reported as a 7.3 earthquake but was later revised to 7.4 by the Japan Meteorological Agency. The epicenter of the quake was 67 km northeast of Iwaki, a city on the southern coast of the Fukushima prefecture.

Residents along Japan’s Northeastern coast have been told to evacuate immediately and seek higher ground. According to the Japan Meteorological Agency, tsunami waves are expected to hit repeatedly and make landfall imminently. 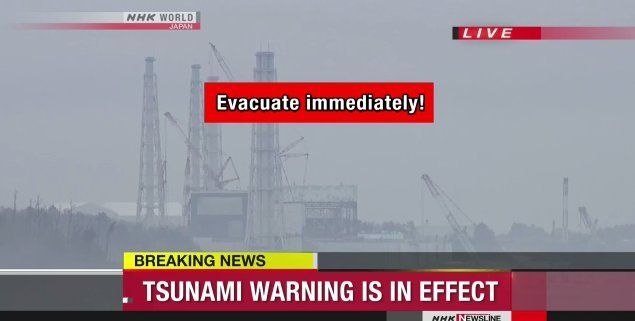 Their warning stated: “Damage due to tsunami waves is expected. Evacuate immediately from coastal regions and riverside areas to a safer place such as high ground or an evacuation building. Tsunami waves are expected to hit repeatedly. Do not leave safe ground until the warning is lifted.” NHK News Japan warned those living on the coast to “hurry up and run away.”

Though immediate concern was given to local residents and their safety, attention has quickly turned to TEPCO’s nuclear power plant in Fukushima, the site of the 2011 catastrophic meltdown. Five years ago, three of the plant’s six reactors melted down leading to the largest release of radiation into the ocean in world history. The damaged reactors were never sealed and continue to leak an astounding 300 tons of radioactive wastewater every day. As Japan braces for yet another tsunami, concern is growing regarding the potentially devastating effects that another tsunami could have on the cooling system’s of the plant’s three remaining, intact reactors.

According to reports, these fears are not unfounded. In the aftermath of the earthquake, TEPCO confirmed that the cooling system in one of the three intact reactors stopped working, but was successfully restarted 90 minutes after its abrupt shutdown. Though no “abnormalities” were reported, TEPCO has remained silent as to what caused the shutdown and if the cooling system suffered any damage that could lead to another unexpected shutdown. TEPCO said that the cooling system failure posed no “immediate danger” even though they admitted that there has been a “gradual” rise in reactor temperatures.

With the tsunami expected to arrive within hours, people around the world will be watching to see if the nuclear reactors will hold or if history will repeat itself in the worst way possible. However, TEPCO’s credibility regarding its Fukushima plant is dubious as they lied about the true extent of the 2011 crisis with complicity from the Japanese government. Hopefully, this time they are telling the truth.