7.7 Earthquake in Caribbean Prompts Evacuations as Far Away as Miami 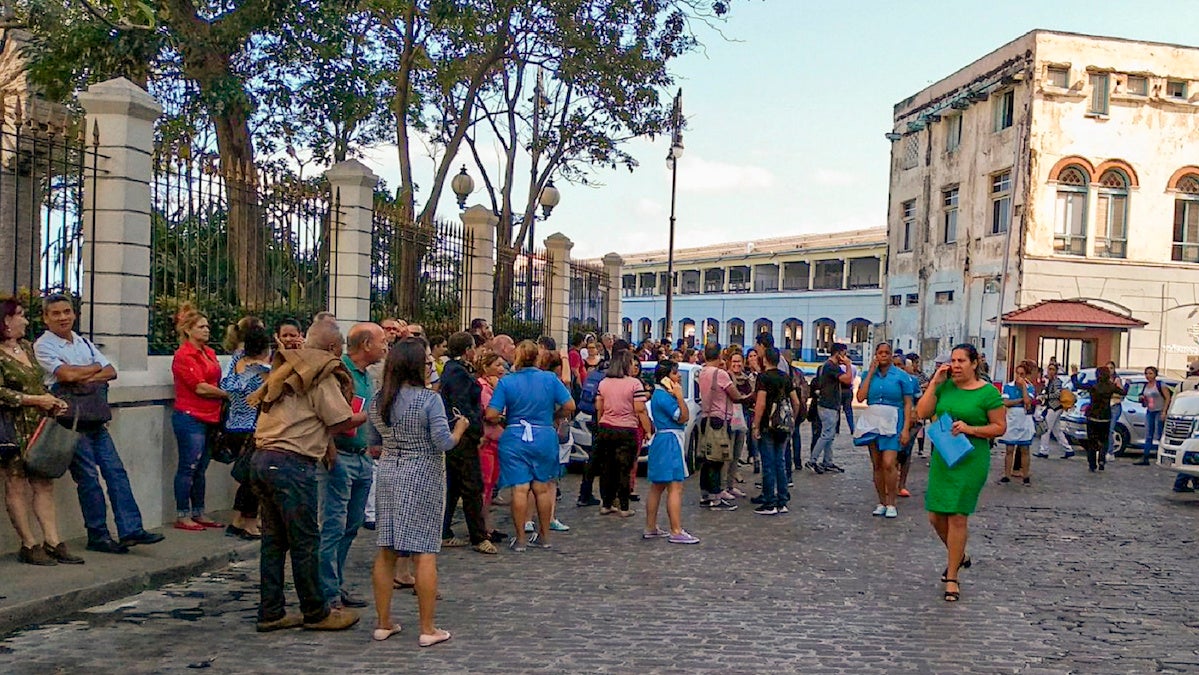 A 7.7 magnitude earthquake shook the Caribbean Tuesday, rattling people from Miami to Mexico.

The quake struck at 2:10 p.m. and had its epicenter 86 miles northwest of Montego Bay, Jamaica and 87 miles southwest of Niquero, Cuba. It prompted evacuations in Miami and opened sinkholes in the Cayman Islands, but so far there have been no reports of major damages or injuries.

“This one was serious. It put the fear of God into many people today,” Jamaican ad executive Knolly Moses told NPR.

A M7.7 has been reported northwest of Jamaica. It appears to be the transform fault boundary between the North American and Caribbean plates. pic.twitter.com/jpVq5fmtJg

The earthquake was felt in Kingston, Jamaica and Havana, Cuba. It was also strongly felt in Cuba’s largest eastern city, Santiago, The Associated Press reported. However, the colonial city emerged unscathed.

“It felt very strong but it doesn’t look like anything happened,” Belkis Guerrero, who works at a Roman Catholic cultural center there, told The Associated Press.

In the Cayman Islands, the shaking blew the covers off manholes and blasted sewage into the streets, Cayman Islands hospital psychiatrist Dr. Stenette Davis told The Associated Press. The Cayman Islands also felt a series of aftershocks — one reached a magnitude of 6.1. Water was shut off to most of Grand Cayman Island and schools were closed Wednesday.

Cayman Compass editor-in-chief Kevin Morales said that the island was unaccustomed to earthquakes and that newspaper staff were not at first sure what they were experiencing.

“It was just like a big dump truck was rolling past,” Morales told The Associated Press. “Then it continued and got more intense.”

High-rise employee Jose Abreu at first thought the vibrations he felt were from a fan.

“I thought it was the fan acting up on me. I didn’t think anything of it,” he said. “I just went along, until the building announcement came through the speakers and I just evacuated in the back of the building.”

Ryan Gold of the U.S. Geological Survey told the Miami Herald that it was not surprising that the quake was felt in Miami, as BBC News reported.

“It’s a very large earthquake which can produce a lot of seismic energy,” he said.

Shaking from the 7.7 magnitude Caribbean Earthquake felt in high-rises as far north as Aventura, FL, just north of Miami.

The earthquake was also felt in five Mexican states including Veracruz, on the Gulf Coast, The Associated Press reported.