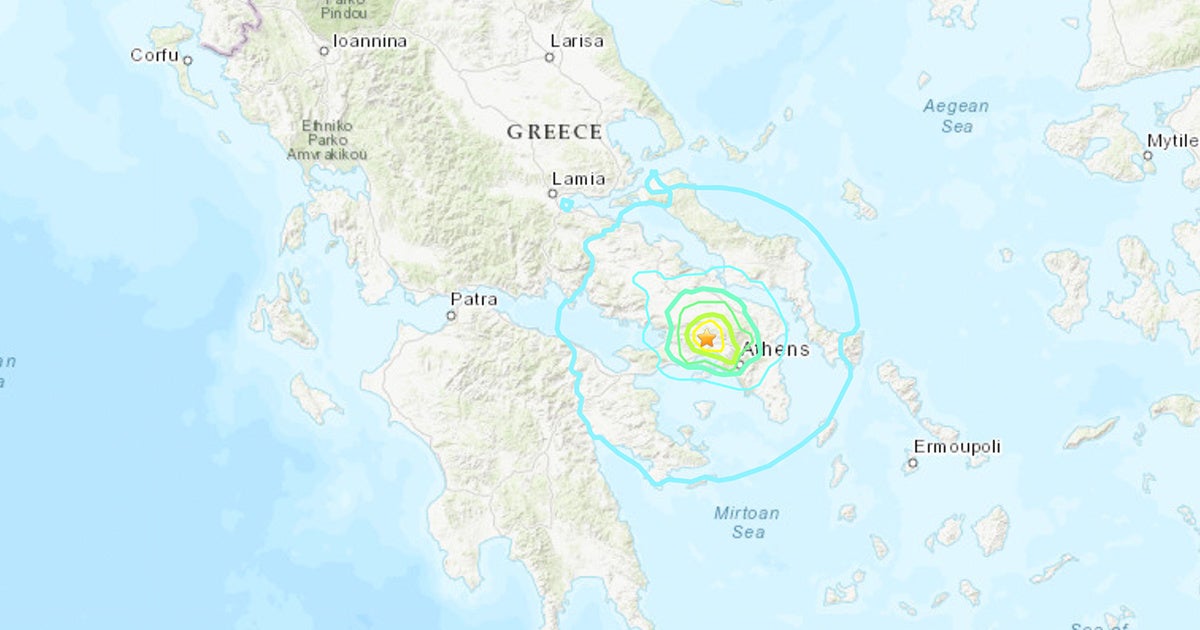 A powerful earthquake struck near Athens, Greece and shook the capital city for 15 seconds on Friday, causing people to run into the streets to escape the threat of falling buildings, NBC News reported.

The U.S. Geological Survey, which monitors seismic activity around the world, announced that the quake measured 5.3 on the Richter scale when it struck at 2:13 p.m. in Greece. The epicenter was just outside of Magoula, which is 14 miles northwest of Athens.

The Athens Institute of Geodynamics measured seven aftershocks. The largest was felt an hour after the initial tremor and registered a 4.3 magnitude, according to the BBC.

Several neighborhoods around the city lost power, but major tourist sites, including the Acropolis Museum, remained open but short-staffed since many employees were allowed to leave early, according to ABC News.

“There are no reports of serious injuries,” said Stelios Petsas, a spokesman for the Greek government, as the AP reported. “I urge members of the public to remain calm, in Greece we are well acquainted with earthquakes.”

“There is no reason for concern,” said Efthymios Lekkas, the head of the anti-quake protection agency. “The capital’s buildings are built to withstand a much stronger earthquake,” he said, as the BBC reported.

Petsas also noted that cellular networks were temporarily jammed due to overloading, but they were restored to normal operation, which allowed several people to call the fire department to ask for help evacuating people stuck in elevators.

Greek reports noted that a woman was injured slightly by falling plaster, according to the BBC.

Videos posted to social media showed the quake happening, knocking bottles off of a dresser and shaking fans and lights.

Abigail Hill, a teacher at the British Council in Athens, said that she and her colleagues ducked under the tables.

“The room started trembling and we all realized that it wasn’t stopping, so we got under tables, and the trembling continued for maybe another 30 seconds,” she said, as the Independent reported.

“Then I heard sirens and everyone in the building, once it stopped swaying, started going down the stairs and everyone was in the streets, waiting to find out what was going on,” she continued. “Now there’s a big sense of relief that it seems there are no casualties and everyone is okay.”

Gerasimos Papadopoulos, the senior seismologist at the Geodynamics Institute said Friday’s quake was felt across the southern part of the country, according to the AP.

“It had a very shallow depth and that’s why it was felt so strongly,” he said. “It is too early to say whether this was the main earthquake, but there have been aftershocks of magnitude 3.5, 2.5 and 3.2 and that is encouraging. But we need more time and data to have a clear picture.”

Residents who feared the worst might have memories of the last major earthquake to hit Athens — a 6.0 magnitude quake in 1999, which killed 143 people and caused extensive damage to Athens’ infrastructure.

Greece is one of Europe’s most earthquake-prone countries, due to its unique location at a meeting point for three massive plates of Earth’s crust. The Eurasian, Arabic and African plates grind together under Greece, causing a network of fault lines.

In July 2017, a 6.7-magnitude quake struck the island of Kos. That quake killed two people, injured many others and damaged island’s historic buildings, as CNN reported.

The Quake to Make Los Angeles a Radioactive Dead Zone