By Tomorrow, We Will Have Consumed More Resources So Far This Year Than the Planet Is Capable of Regenerating 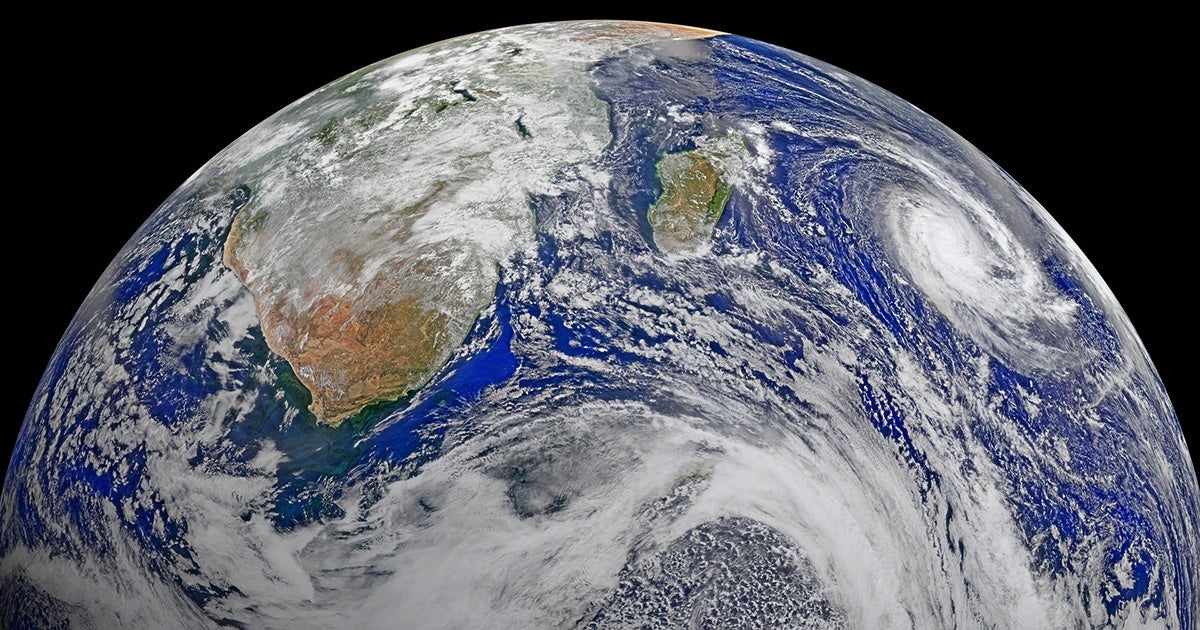 We humans use a lot of stuff — so much stuff, in fact, that we consume more in a year than the planet is capable of regenerating.

That wasn’t a problem until a few decades ago. Back in 1987 the “overshoot” date for Earth’s resources was December 19, less than two weeks before the end of the year. That’s not too bad, right?

Thirty years later, however, that date has moved up—and up—and up. Last year what has now been dubbed Earth Overshoot Day had moved all the way up to August 8.

This year it’s even earlier.

That means that by the end of 2017 we will have used the equivalent of about 1.7 Earths’ worth of resources. 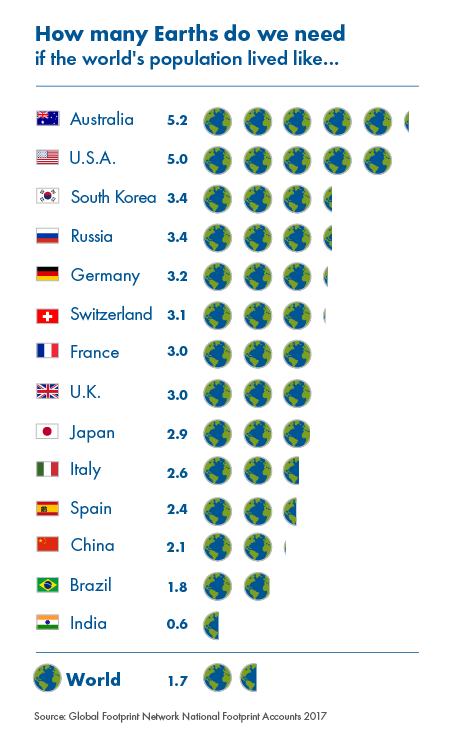 “It’s surprising that we haven’t been able to turn around the trend much,” said Mathis Wackernagel, president of the Global Footprint Network, which runs the Earth Overshoot Day campaign each year. “The increase seems to be slowing down, but not very rapidly yet.”

Despite the six-day leap forward this year, Wackernagel actually encourages people to take Earth Overshoot Day as a positive moment and an opportunity for change. “Since the very beginning we have pledged to be optimistic, positive and just describe what the situation is.”

Being positive helps, but it isn’t necessarily enough, so this year Earth Overshoot Day has introduced a new level of interactivity. “We added a new twist called Move the Date,” Wackernagel said, “to say what would it actually take to move the date four and a half days per year?” The Move the Date webpage contains six pledges people can take to make an individual or societal difference. They include something as simple as trying a new vegetarian recipe to pledging to reach out to your city leadership for broader change.

“It’s a way to translate something that feels insurmountable into kind of bite-sized opportunities,” Wackernagel said.

Wackernagel admitted that moving the date back 4.5 days is a relatively small goal. “To my taste that wouldn’t be enough, but at least it would be much, much better than what we do now,” he said. And, he added, if we accomplished that 4.5-day shift every year, we’d be back to using the resources of a single planet by the year 2050.

Another new component this year is a web tool to “calculate your own Overshoot Day.” Visitors can use the site’s footprint calculator—which looks like a 3D video game—to figure out how much they use and how it compares to others. “It lets people see what Earth Overshoot Day would be like if everybody acted like you,” Wackernagel said.

The site also contains resources for students and teachers, as well as a list of additional solutions from Project Drawdown, which earlier this year calculated the 80 most effective ways to reverse global warming.

Wackernagel acknowledges that some simple things such as eating a single vegetarian meal won’t move the global needle very far, but adds that everyone can make a difference. “We want to get away from people’s strong perception that sustainability is about a voluntary lifestyle choice for a select few. If you’ve selected to have a different lifestyle,” he said, “that’s sustainability.”

The Revelator is published by the Center for Biological Diversity, one of Global Footprint Network’s partners in Earth Overshoot Day. Reposted with permission from our media associate The Revelator.