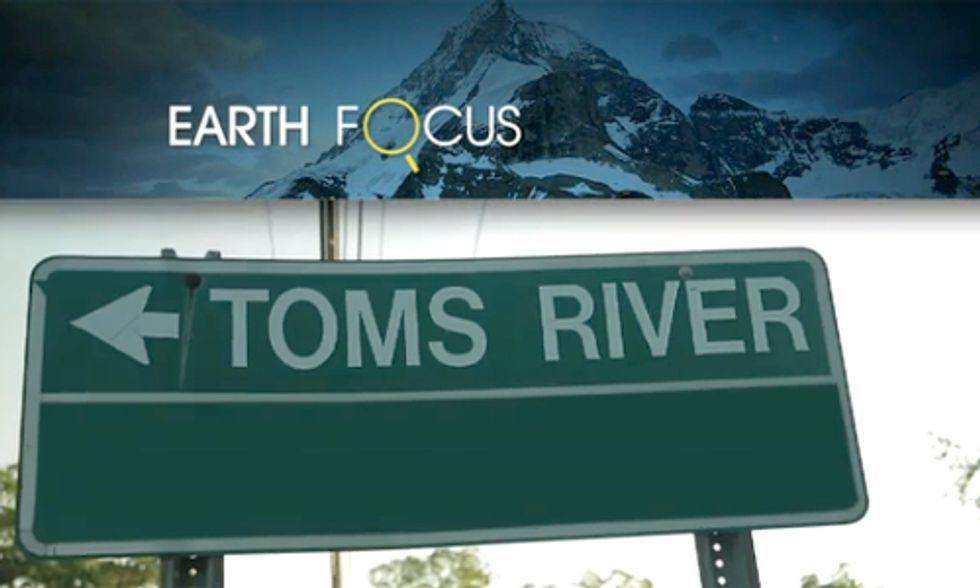 Toms River, N.J. was the sort of place people romanticized about as a quintessential setting for the American dream—until a dye manufacturer began dumping its toxic waste in the local water supply.

People were thrilled to welcome Ciba Geigy to Toms River in the '50s, but soon the town's reputation inspired monikers like "cancer hotspot." Unfortunately, that didn't happen until after more and more people moved to town believing the local government's assurance that everything was just fine.

Earth Focus spoke to some of those people who are old enough to remember the transition their town underwent, including the horror their families felt when the U.S. Army Corps of Engineers granted the company a permit to build a 10-mile pipeline enabling the company to dump its waste directly into the Atlantic Ocean. Those people also recall how the pipeline burst in the middle of town years later and how residents, attorneys media and more fought back to reclaim their drinking water.

In the episode's latter half, Earth Focus examines illegal gold mining in Peru and its tragic impact on human health and the environment. The topic was featured in the 2012 film, Amazon Gold.