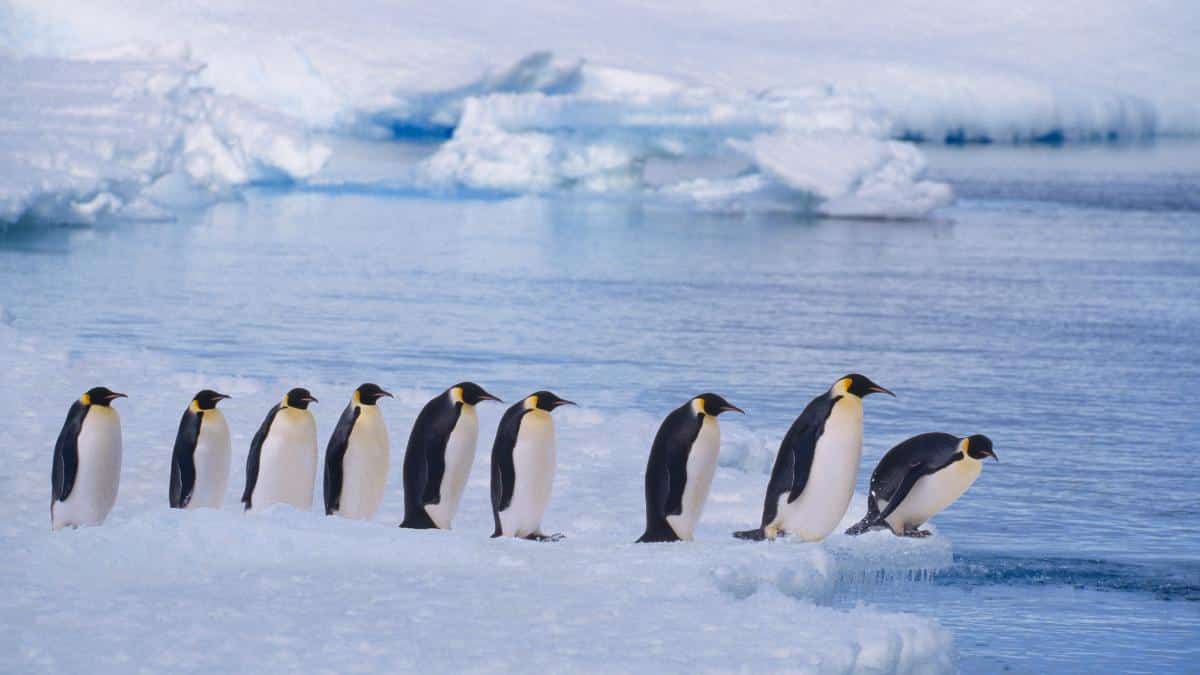 Yesterday was World Oceans Day, and this year National Geographic made the celebration extra special — by recognizing a whole new ocean.

Since National Geographic began making maps in 1915, it has officially acknowledged four oceans: the Atlantic, Pacific, Indian and Arctic. Now, it is adding the Southern Ocean, the body of water that surrounds Antarctica.

“The Southern Ocean has long been recognized by scientists, but because there was never agreement internationally, we never officially recognized it,” National Geographic Society Geographer Alex Tait explained in the announcement.

The swift current circling Antarctica keeps the waters there distinct and worthy of their own name: the Southern Ocean https://t.co/zHNSNeLVcj #WorldOceansDay

The ocean, which covers 71 percent of the Earth’s surface, is technically only one body of water, as the National Oceanic and Atmospheric Administration (NOAA) explained. However, it has been historically divided into different regional “oceans” based on a mix of geographical, cultural, historical and scientific criteria. For many years, the Indian, Arctic, Atlantic and Pacific Oceans were the four main acknowledged oceans, but the Southern Ocean is beginning to gain recognition as a separate entity. The U.S. Board on Geographic Names first acknowledged it in 1999, and NOAA officially recognized it earlier this year, as CBS News reported.

This dividing line has not yet been internationally recognized, NOAA explained. While it was proposed to the International Hydrographic Organization in 2000, it has not been ratified as some member countries disagree. However, National Geographic is now moving to officially recognize it on its maps.

“While there is but one interconnected ocean, bravo to National Geographic for officially recognizing the body of water surrounding Antarctica as the Southern Ocean,”

Marine biologist and National Geographic Explorer at Large Sylvia Earle wrote in a statement emailed to National Geographic. “Rimmed by the formidably swift Antarctic Circumpolar Current, it is the only ocean to touch three others and to completely embrace a continent rather than being embraced by them.”

The ACC was formed around 34 million years ago when Antarctica and South America split. It runs from west to east around the southernmost continent, and the water within it is colder and less salty than the waters to its north.

This means that the Southern Ocean is also ecologically different from other oceans, and one of the reasons that National Geographic wanted to recognize the ocean was in order to promote its conservation.

“[It] encompasses unique and fragile marine ecosystems that are home to wonderful marine life such as whales, penguins, and seals,” National Geographic explorer in residence Enric Sala explained in the announcement.

But the newly-minted ocean also faces threats. For one thing, industrial fishing puts crucial species like krill at risk. For another, the climate crisis is warming the ACC. If the ocean warms by just two degrees Celsius, it could shrink ice coverage in some areas by as much as 30 percent, harming species like penguins that rely on the ice for breeding, as CBS News explained.

For now, though, National Geographic hopes the formal recognition will draw attention to this unique and fragile marine ecosystem.

“Our maps are updated,” the magazine wrote on Twitter. “The Southern Ocean is treated the same as the traditional four, and the next quiz question about the number of oceans has an updated official answer from National Geographic — five!

Our maps are updated. The Southern Ocean is treated the same as the traditional four, and the next quiz question about the number of oceans has an updated official answer from National Geographic—five!