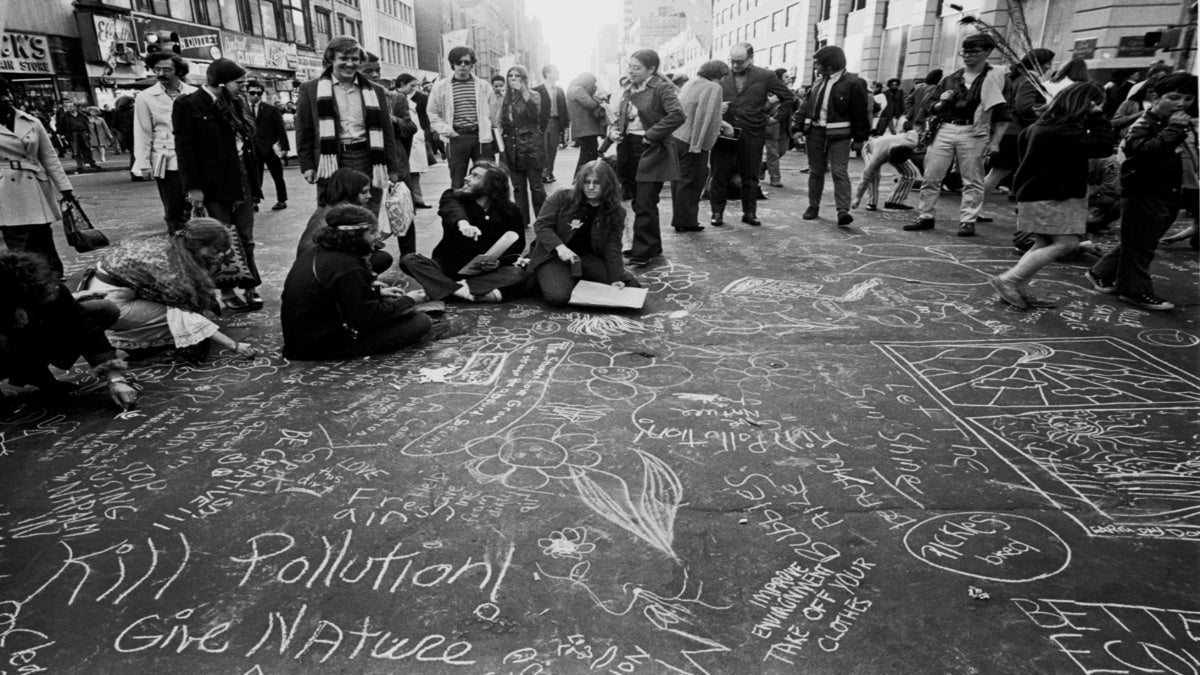 When Denis Hayes decided to join an environmental teach-in, he had no idea he was about to help launch a movement that would endure for half a century.

The year was 1969 and “there were things that were ripping America apart,” Mr. Hayes recalls. He was a student at Harvard University and headed to Washington to offer help to Sen. Gaylord Nelson, who was planning the first Earth Day, scheduled for April 22, 1970.

Before long, Mr. Hayes had dropped out of Harvard and moved to Washington to be the organizer of the event. He found a surge of people eager “to find some things that hold us together,” he says.

And it worked. Some 20 million people participated in the first Earth Day events, held in nearly every town and city in the United States. At the marquee event in New York, Fifth Avenue closed from Union Square to Central Park.

“I had never imagined addressing a crowd that would be so large I could not see the far edge of it,” recalls Mr. Hayes. “It was like looking out at the ocean. The crowd extended over the horizon.”

That moment was just the beginning. What started as a single day grew into a sustained movement that drew both Democrats and Republicans and launched a slew of legislation, from the creation of the Environmental Protection Agency to the adoption of the Clean Air Act, the Clean Water Act, the Safe Drinking Water Act, the Endangered Species Act, the Marine Mammal Protection Act, the Toxic Substances Control Act, and the Superfund program.

The 50th Earth Day celebration this spring is global and – due to the emergence of COVID-19 – virtual. The focus of the event has shifted, from pollution to climate change. But the spirit remains the same.

Mr. Hayes recently looked back on that first Earth Day, its legacy, and lessons for today’s activists. Here are some excerpts, edited for clarity and length, from that interview.

What Did the First Earth Day Change?

If you had gone around the United States in 1969 asking people what they thought about the environment, people mostly wouldn’t have known what you were talking about. By the middle of 1970, something like 75% of all Americans called themselves environmentalists. There was a set of values – that had sort of been there and implicit, but not wrapped up together in any kind of definable boundary – that came to reshape the culture.

I grew up in a community that was dominated by a paper mill. It cranked out uncontrolled sulfur dioxide and hydrogen sulfide that became acid rain. And that was thought of as the smell of prosperity. We changed that.

What Parallels Do You See With Today’s Environmental Activism?

In 1970, if you looked at a smokestack, you saw really ugly clouds of smoke coming out. With climate, of course, with CO2 – you can’t see it, you can’t smell it, you can’t taste it. But what you can see are the effects of it. All of that makes it tangible and visible to people in a way that allows you to have a fair amount of momentum. And then, of course, you have the kids.

Social movements are almost always driven by youth. Historically, young has meant 20 or 22 or 25. Today, it’s often 15 or 16. They have this intuitive sense that the world is getting bad at an accelerating pace and they want to do what they can to stop it. Part of what we’re doing with Earth Day is answering the question Greta [Thunberg] always asks: Where are the adults?

We’re going to be throwing some adults into the mix, who have filed some lawsuits, who know how to prepare legislation, who have worked with the technologies and know what you can do and what would be defying scientific principles. It has to be a broad societal effort, but to get the whole thing launched, as it has been, by the very young has really been a godsend.

What Role Can Environmental Activists of the 1970s Play Today?

I don’t want to overstate this, but there was an idealism that was pretty widespread in the ’60s and ’70s. And those of us who were there then have now moved into positions of some power, some influence. Some have retired and now have some leisure. I’m seeing a fair amount of evidence that that idealism is starting to resurface.

That idealism came from the young and is beginning to spread to the old, to the seniors who have this fair amount of remaining authority over the economy. It’s been less effective with the politicians. But where in 1970 it was environmentalists working hand in glove with politicians to try to put some constraints on the irresponsible behavior of the corporations, there’s a trace now of environmentalists working with the most enlightened corporate leaders to put some constraints around the politicians.

How Do You Find Optimism?

My biggest worry about the kids is that most of what they’re facing are these gloom-and-doom stories, which are all very real. But they have to also recognize that there are well-founded reasons for hope.

And you won’t have a climate movement unless you can build a safe, healthy, resilient, beautiful society that isn’t dependent on fossil fuels.

Hope is often an act of will. I have a daughter, and my daughter has a daughter, so now I have a granddaughter. I can’t dodder off into my twilight years hopeless. There has to be an ability to have society make the necessary choices.