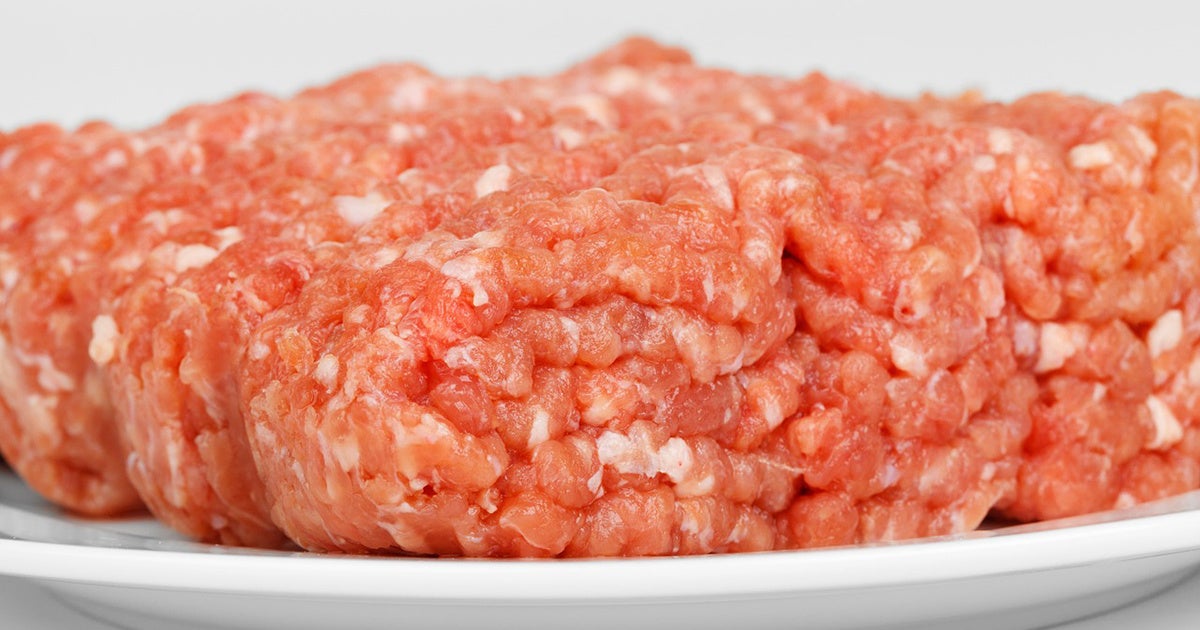 An E. coli outbreak linked to ground beef has spread to 10 states and infected at least 156 people, CNN reported Wednesday.

The outbreak of Shiga toxin-producing Escherichia coli O103 began March 1 and has hospitalized 20 people, but no one has died, the Centers for Disease Control and Prevention (CDC) said.

“Ill people in this outbreak report eating ground beef at home and in restaurants,” CDC wrote. “Traceback investigations are ongoing to determine the source of raw ground beef supplied to grocery stores and restaurant locations where ill people reported eating.”

As of an update Tuesday, the CDC said no common supplier of the beef had yet been found.

However, also on Tuesday, K2D Foods recalled around 113,424 pounds of raw ground beef over possible contamination with the same strain of E. coli, the U.S. Department of Agriculture’s (USDA) Food Safety and Inspection Service (FSIS) announced. Investigators are working to determine if the recalled beef is linked to the outbreak in any way.

K2D Foods does business as (DBA) Colorado Premium Foods and is based in Carrolton, Georgia. The recalled beef was produced on March 26, March 29, April 2, April 5, April 10 and April 12 and came in two 24-pound vacuum-packed packages in cardboard boxes labeled “GROUND BEEF PUCK” with “Use Thru” dates of April 14th, 17th, 20th, 23rd, 28th and 30th, according to FSIS. The products had an establishment code of “EST. 51308” and were sent to distributors in Ft. Orange, Florida and Norcross, Georgia. 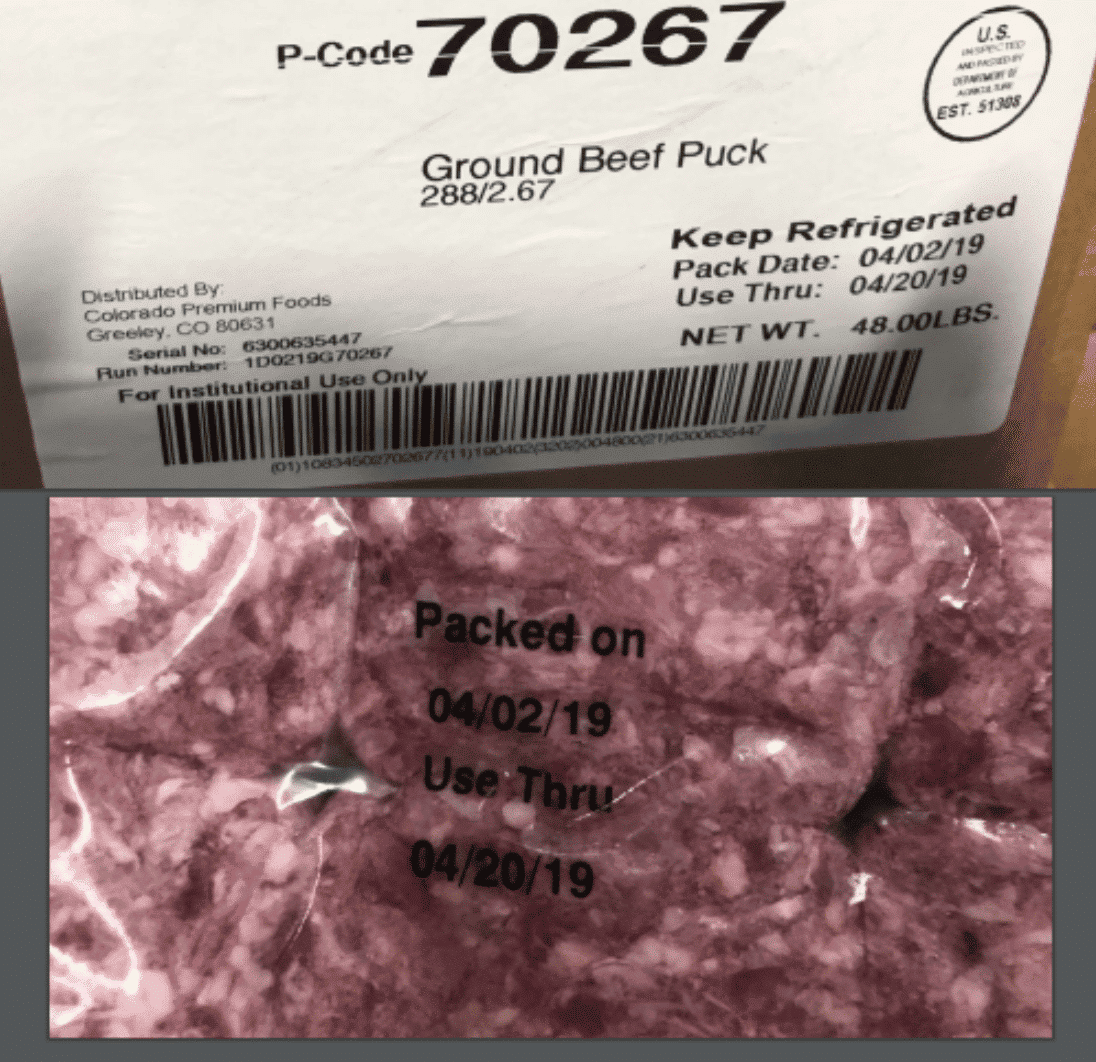 The label information of the recalled beef.

The first cases in the outbreak were reported to the CDC by health officials in Kentucky and Georgia, Reuters reported. When it first announced the outbreak earlier this month, CDC said that it had infected 109 people in six states, according to CNN. It has since spread to 10, with cases reported in Tennessee, Florida, Illinois, Indiana, Minnesota, Mississippi, Ohio and Virginia. 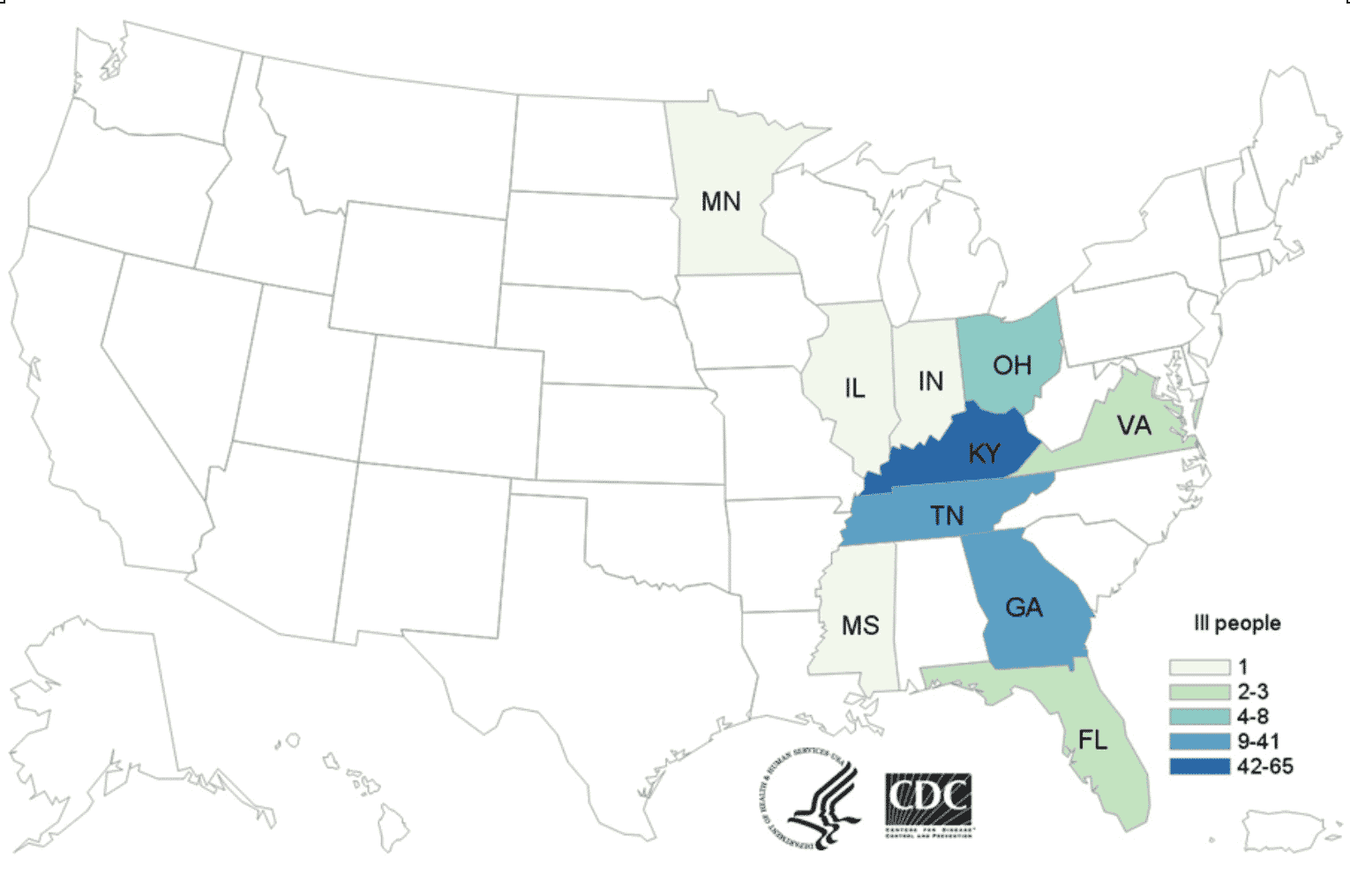 A map showing the state-by-state spread of the outbreak.

Symptoms usually begin three to four days after consuming contaminated food and include severe stomach cramps, diarrhea and vomiting. Some people infected with Shiga toxin-producing E. coli can develop kidney failure, but no cases have been reported in this outbreak so far.

The CDC said that many infected people had bought trays or chubs of beef from grocery stores, according to Reuters. However, the agency is not recommending that consumers or restaurants stop cooking or serving beef at this time.

“Consumers and restaurants should handle ground beef safely and cook it thoroughly to avoid foodborne illness,” the agency said.