Dying to Give Back: The Green Burial Movement 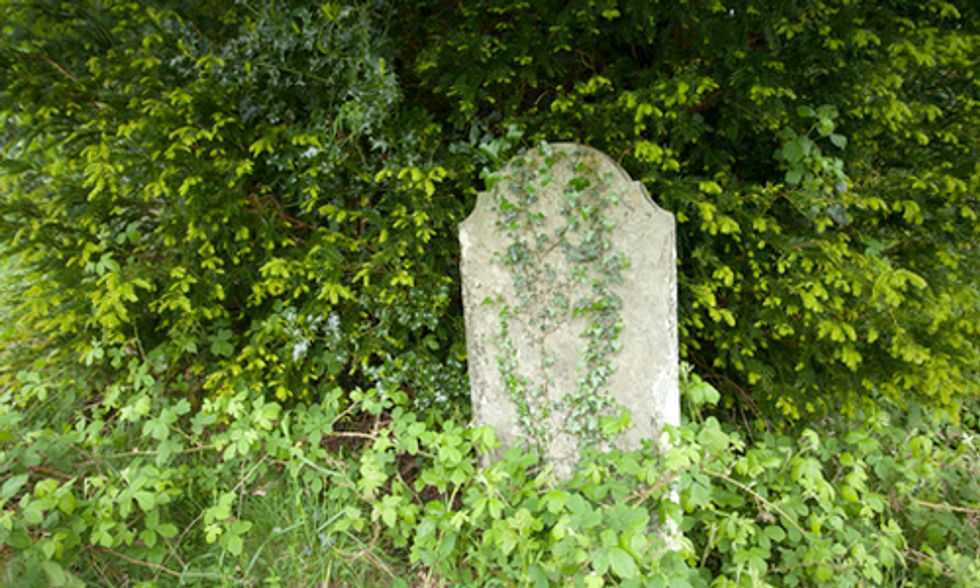 I met with Jean shortly after she was diagnosed with pancreatic cancer. As I approached her home for the first time, I was greeted by voluminous blue barrels at the bases of the gutters collecting rainwater from a passing storm. An attached hose snaked outwards towards a garden burgeoning into spring. She welcomed me inside with a warm smile that offset the cool air in her minimally-heated home. As a visiting nurse, I actively observe patients’ homes with an eye towards safety and functionality. Jean’s home, outside and in, was a testament to the more than 50 years she spent as an environmental activist.

Graveyards of the green burial movement do not have manicured lawns, or plastic flowers but rather vast natural landscapes, with plants and flowers indigenous to the surrounding ecosystem.
Photo courtesy of Shutterstock

Displaying a subtle yet undeniable eccentricity so common in activists, she served sparkling cider in champagne glasses while we discussed her end-of-life arrangements. Unsurprisingly, she wanted to die just as she had lived: green. So after a life of environmental stewardship, she was met with the daunting task of choosing how to most sustainably return her body to the earth.

The funeral industry is, by and large, a $20 billion for-profit enterprise, whose environmental impact has been greatly overlooked. This is understandable, given that those making end-of-life arrangements are frequently grappling with loss, which can monopolize one’s attention. Nevertheless, it is estimated that each year 30 million board feet of chemically-treated hardwood, 827,000 gallons of carcinogenic embalming fluid, and thousands of tons of concrete, steel, copper and bronze are buried along with the bodies of the departed. Not only is this a colossal waste of resources—a typical 10-acre cemetery has enough wood in the form of caskets to construct 40 houses—but there are also concerns about the pollution of groundwater near cemeteries. Formaldehyde, a major constituent of embalming fluid, has been proven to increase the cancer risk among those with high levels of exposure. Exacerbating things further is the fact that the use of these types of wood is largely unsustainable, with some caskets being sourced from endangered mahogany.

While cremation would seem to provide an appealing alternative, the carbon footprint and release of vaporized mercury (from the fillings in people’s teeth) still leave much to be desired. It is estimated that each year in the U.S. 600 pounds of mercury, among other pollutants such as dioxin, are released as a result of cremation. Legislative attempts to mandate that all crematoriums install filters that act to reduce emissions have been successfully blocked by industry groups in a number of different states. Currently, the U.S. Environmental Protection Agency does not regulate crematoriums.

Fortunately, eco-friendly, or green burials, are on the rise and offer an alternative to the financially expensive and environmentally costly conventional burial. In 2008, there were only a dozen eco-friendly burial providers. That number has since grown to 300 and shows no sign of slowing. A green burial is much like a conventional burial, but without the detrimental impact on the environment. For open-casket funerals, the body can be preserved for display using either dry ice or non-toxic and biodegradable embalming fluids. Rather than a casket made of unsustainable wood treated with chemicals, individuals have the option of either a simple burial shroud, or a casket with non-treated wood.

Standards have been developed to define what constitutes a green burial in order to thwart greenwashing—where the environmental benefits of a product or service are exaggerated to capitalize off of the public’s growing concern for the earth. This acts to empower people to make consumer choices that reflect their ethical and moral values. The standards are set and maintained by the Green Burial Council, which describes itself as “a nonprofit organization working to encourage environmentally sustainable death care and the use of burial as a new means of protecting natural areas.”

To ensure continued compliance with these standards, the Green Burial Council continuously assesses the environmental practices of the companies and products that earn eco-certification. Furthermore, since the many ways in which a body can be returned to the earth have varying impacts on the environment, there are a number of designations under the eco-certification umbrella for burial grounds and products that range from having a neutral environmental impact to a positive one.

Here, one will find no acres of manicured lawns reminiscent of a golf course, but rather vast natural landscapes. At burial sites there are no plastic flowers or roses, but instead plants and flowers indigenous to the surrounding ecosystem. In a nod to sustainability, an additional requirement of the Green Burial Council is that five percent of the cost of the burial plot be allotted for an endowment to ensure the integrity of the land into the indefinite future. This might be thought of as a sort of posthumous occupation with the intent of protecting the most environmentally vulnerable areas from development or destruction.

When Jean died—only a few months after we had met—she left behind not only a legacy of beneficence, but an endowment geared towards educating and inspiring a new generation to continue her work of protecting wetlands. Throughout her life, Jean was a staunch advocate for Mother Nature. And thanks to the growing availability of green burials, Jean’s final act of returning her body to the earth was one that will continue her life’s work of environmental stewardship.

As Jean walked me to the door of her home that afternoon, I asked, “What advice would you give to the next generation of environmental activists?” She responded simply, “When you witness an injustice, do something.”

For Jean, that motto carried through to the very end, where she took a stand against the injustice of an unsustainable industry bent on profiting off her death by choosing instead to contribute to what she believed in most: life.