Dumping Waste into the Ground Is a Shaky Solution 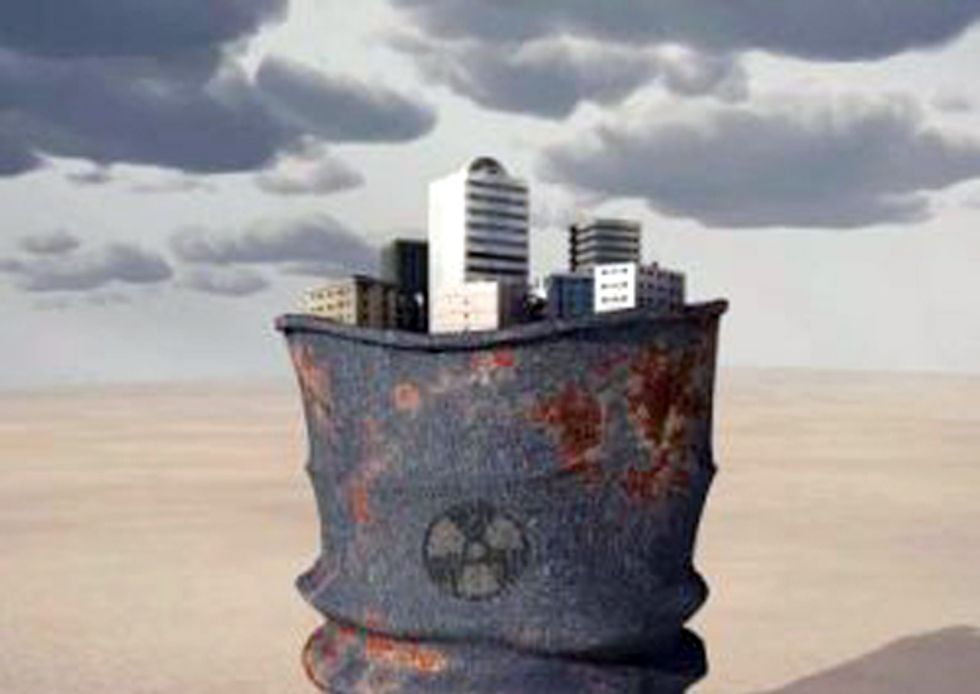 What can we do with wastes from our industrial pursuits—from fossil fuel extraction, agriculture, chemical and pharmaceutical manufacturing? We’ve been spewing lots of it into the air, but that isn’t a good plan. Carbon dioxide, ozone, mercury and other emissions harm human health and contribute to global warming and holes in the ozone layer. We’ve dumped it into the oceans. But that compromises marine life that billions of people rely on for food.

We could bury it: Out of sight, out of mind. But we’re learning that hiding it below our feet isn’t the best solution, either. Several scientific reports have called into question everything from injection wells to carbon capture and storage. The latter is a key component of the federal and Alberta governments’ climate change strategies and budgets.

According to a recent study, little is known about leaks from the 680,000 waste and injection sites in the U.S., but structural failures are common. That’s not surprising when you consider that close to 130-trillion litres of toxic liquids have been pumped underground there over the past several decades. ProPublica, an investigative journalism website, reports that “the idea that injection is safe rests on science that has not kept pace with reality, and on oversight that doesn't always work.”

Researchers say wells often leak, contaminating groundwater and sending waste and toxic chemicals to the surface. According to ProPublica, “From late 2007 to late 2010, one well integrity violation was issued for every six deep injection wells examined—more than 17,000 violations nationally. More than 7,000 wells showed signs that their walls were leaking. Records also show wells are frequently operated in violation of safety regulations and under conditions that greatly increase the risk of fluid leakage and the threat of water contamination.”

Carbon capture and storage is another plan to hide our industrial wastes underground—in this case the carbon dioxide from operations like coal-fired power plants and tar sands that would otherwise be sent into the atmosphere, contributing to global warming. The federal and Alberta governments have pinned much of their climate change mitigation hopes on the strategy, ponying up close to $3 billion to test the technology.

One early venture ended in failure when the main company behind it pulled out. The Alberta and federal governments had committed close to $800 million for the $1.4 billion joint project between TransAlta, Capital Power and Enbridge, which would have taken carbon from a coal-fired power plant west of Edmonton and either stored it underground or injected it into wells to recover oil. Even with generous government support, TransAlta spokespeople said the market for carbon sales and the price of emissions reductions were not good enough to justify going ahead and that the plan didn’t make economic sense without a federal price on carbon through a cap-and-trade system or carbon tax.

The economic difficulties with carbon capture aren’t the only challenge. The U.S. National Research Council concluded that storing carbon underground can trigger earthquakes. And researchers at California’s Stanford University say that could fracture surrounding rocks, allowing carbon to escape. A Greenpeace report notes that the technology, which has yet to be proven effective on a large scale, is energy-intensive, expensive, unlikely to get emissions down quickly enough to avoid dangerous climate change and undermines funding and research into cleaner energy solutions.

In Alberta, taxpayers are on the hook for any problems that might arise once the carbon has been stored. By law, the Alberta government assumes liability for any maintenance, cleanup or other costs. That the industry demanded this provision makes one question its confidence in the safety and reliability of the technology.

On top of all that, we don’t really know what effect pumping millions of tonnes of CO2 into the ground will have on bacteria and other organisms below the surface.

We need to consider many solutions to deal with waste, pollution and global warming, but not risky and expensive schemes that serve only to enable our continued addiction to fossil fuels. Our best bet is to reduce waste and emissions. And rather than dumping money into schemes like carbon capture and storage, we should invest in renewable energy.