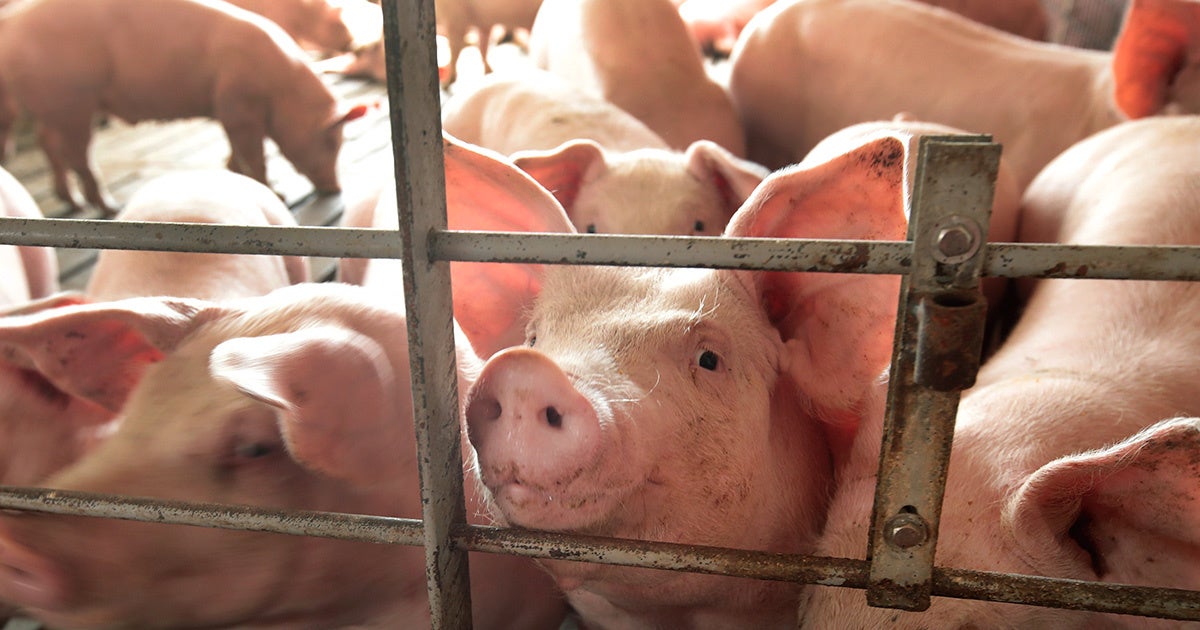 By Olga Naidenko and Sydney Evans

Duke scientists analyzed 2007-2013 data for disease-specific hospital admissions, emergency room visits and deaths across North Carolina. They compared the incidence of those health indicators among North Carolinians who live one to three miles from a hog farm to residents who live six to 12 miles away. An estimated 650,000 North Carolinians live within three miles of a large hog farm, according to an EWG geospatial analysis of state data, which was not part of the Duke study.

*Elevated risk of deaths, hospital admissions and emergency room visits from health problems such as anemia, kidney disease, and sepsis, increase for residents living at approximately 1, 3, and 6-mile distances from a hog farm.

Source: EWG, from ‘Mortality and Health Outcomes in North Carolina Communities Located in Close Proximity to Hog Concentrated Animal Feeding Operations,’ NCMedicalJournal.com, September 2018.The study adds a striking level of detail to prior reports of higher frequency of asthma, bacterial infections, high blood pressure and various respiratory and neurological disorders for workers and residents in the vicinity of large concentrated animal feeding operations, or CAFOs.

Studies like this do not prove that contaminants from hog farms are responsible for these illnesses. Other factors, such as availability of local health care facilities and residents’ lifestyles, also play a role. However, the overall evidence shows a strong correlation between the proximity and density of hog CAFOs and nearby residents’ health—a strong argument for added public health protections, such as limits on the number, size and locations of factory swine farms.

As the Environmental Working Group (EWG) and Waterkeeper Alliance reported in 2016, every year North Carolina’s CAFOs produce almost 10 billion gallons of fecal waste, enough to fill more than 15,000 Olympic-size swimming pools. Much of this waste is stored in open-air pits, then sprayed on farm fields as fertilizer. Manure pits foul the air and water with bacteria, ammonia, hydrogen sulfide, particulate matter and volatile organic compounds.

EWG analyzed the latest data from the North Carolina Department of Environmental Quality on animal facilities permitted as of January 2018 and residential parcel information available on the NC OneMap GeoSpatial Portal.

We determined that 252,070 homes fall within a three-mile zone from an animal farm or a wet manure storage pit. Based on U.S. Census data showing a statewide average of 2.6 residents per household, an estimated 650,000 or more North Carolinians live within three miles of a hog CAFO.

Click on the map below to see EWG’s interactive map of hog CAFOs within three miles of homes in North Carolina. 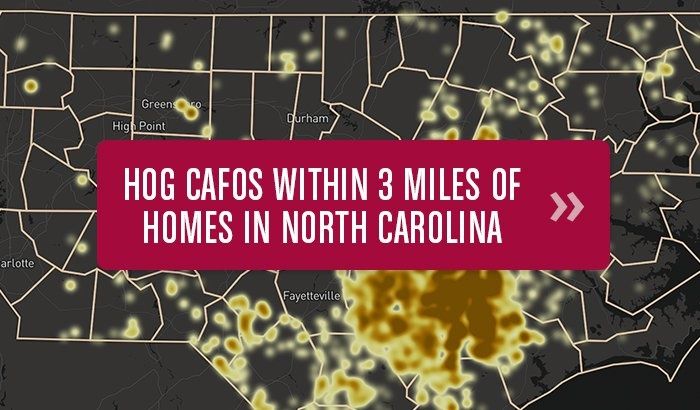 The most impacted counties are in southeastern North Carolina, where the concentration of pig farms is heaviest. In 2014, researchers from the University of North Carolina at Chapel Hill reported that African-American, Hispanic and American Indian residents in those counties are disproportionately affected by the air and water pollution from animal farming.

An earlier study, based on the North Carolina Department of Health and Human Service’s health surveillance data, found that children attending schools within three miles of a hog farm had more asthma-related symptoms, doctor-diagnosed asthma and asthma-related medical visits than students who attended schools farther away.

The senior author of the new study was Dr. H. Kim Lyerly, the George Barth Geller Professor of Cancer Research; professor of surgery, immunology and pathology; and director of the Environmental Health Scholars Program at Duke University. He emphasized that communities living near hog farms had significantly worse health outcomes, including higher rates of infants with low birth weight.

“Interventions, such as screening and/or early detection, could be employed in these communities to reduce the burden of these diseases,” Lyerly said. “The overall benefit to the communities and to the state would be significant.”

“The average number of hogs per farm in North Carolina is much higher than in two other states with extensive pig farming, Iowa and Minnesota. Yet, North Carolina’s population is greater, which means the number of people affected is substantial,” said Dr. Julia Kravchenko, assistant professor in the Duke University Department of Surgery and the primary researcher for the study.

Air and water quality affects communities near CAFOs nationwide. Last year, the U.S. Environmental Protection Agency’s Inspector General issued a report faulting the agency for dragging its feet for 11 years and failing to assure that CAFOs comply with the requirements of the federal Clean Air Act.