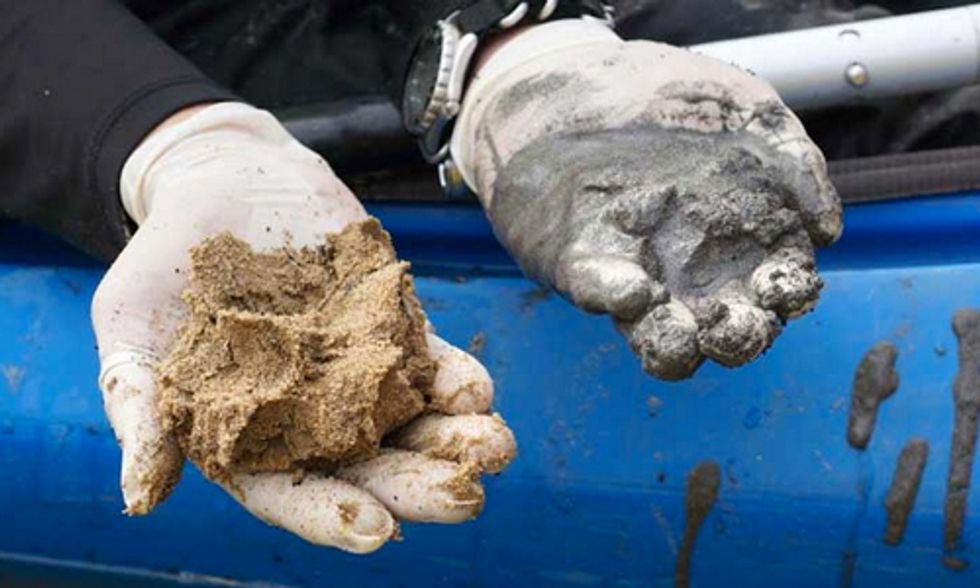 Duke Energy, North Carolina's largest electric and gas supplier, announced Friday it would take the company more than two years to clean up February's massive coal ash spill that coated 70 miles of the Dan River with 60,000 tons of toxic sludge.

The cleanup is part of an effort that includes moving three leaky coal ash dumps away from waterways near Asheville, Charlotte and Danville, VA—a town located along the North Carolina border that uses the Dan River as a drinking water source, reports The Huffington Post.

Part of the plan calls for moving millions of tons of the toxic sludge to Charlotte Douglas International Airport, according to the Charlotte Observer.

Duke asked Charlotte officials on Thursday to examine plans for storing the ash in fully lined, covered areas versus the open, unlined pits that currently house the coal ash. Duke estimated the coal ash transfer would take about five years.

“There are far too many questions left unanswered, and Duke Energy should provide the information we originally requested, including the estimated costs of cleanup, plans for the future and a detailed timeline,” said Skvarla.

However, despite the state's criticisms, both sides have now become embroiled in another scandal involving a lawsuit over the coal ash pits.

Duke officials and the state later settled the charges by proposing a fine and a requirement that Duke study the potential for further pollution before offering solutions. That agreement collapsed in February after [the Dan River coal ash spill.]

Federal prosecutors have since opened a criminal investigation into the spill and the relationship between Duke and the state’s environmental bureaucracy. Critics charge that environmental regulation has been hobbled by political interference since Gov. Pat McCrory, a Republican, a former mayor of Charlotte and a Duke Energy employee for 29 years, took office last year.

The scandal stems from a North Carolina judge ruling last week that Duke Energy had to take immediate action to eliminate the source of groundwater pollution at all of the company’s coal ash dumps.

The ruling clarifies North Carolina’s authority under the North Carolina groundwater protection law to require Duke to stop the ponds from further contaminating groundwater, before it tackles the long term challenge of cleaning up the groundwater it has already polluted.

Check out these three slideshows from the Duke Energy coal ash spill: