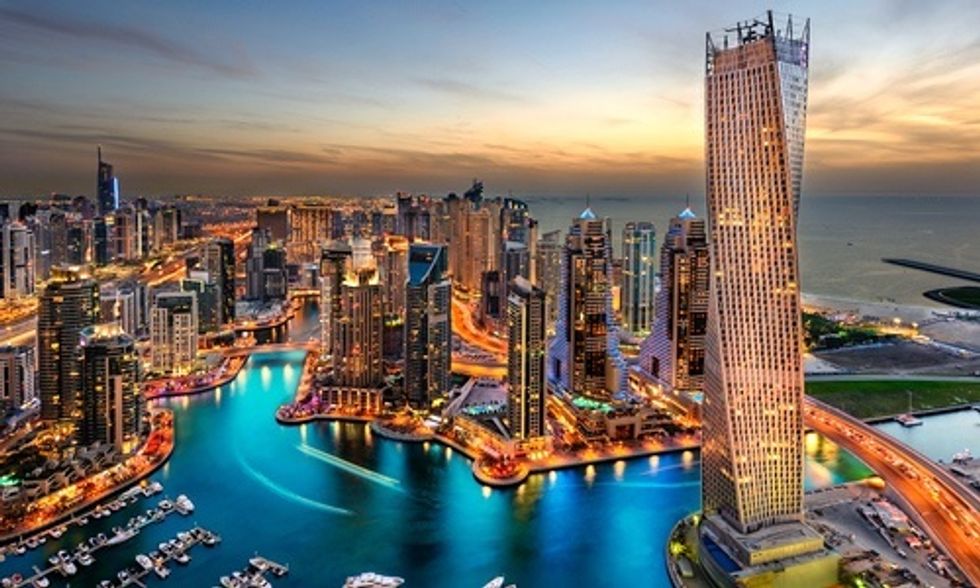 Dubai, the largest city in the United Arab Emirates, announced last week that it will mandate rooftop solar for all buildings beginning in 2030. The mandate is part of the larger Dubai Clean Energy Strategy 2050. The initiative was launched by Sheikh Mohammed bin Rashid, vice president and ruler of Dubai, to "make the emirate a global center of green energy," reported The National.

The Clean Energy Strategy sets ambitious renewable energy targets: 7 percent of the city’s energy from clean energy resources by 2020, 25 percent by 2030 and 75 percent by 2050. "Our goal is to become the city with the smallest carbon footprint in the world by 2050,” Sheikh Mohammed said. Solar will account for 25 percent of the emirate's power requirements by 2030, said Gulf News. Nuclear and "clean coal" will comprise 7 percent each, and gas will make up 61 percent.

“The strategy we are launching today will shape the energy sector over the next three decades,” Sheikh Mohammed said at the inauguration of the second phase of the Mohammed bin Rashid Al Maktoum Solar Park in Dubai. The solar park is considered the largest of its kind and will produce 5,000 megawatts of energy by 2030.

Sheikh Mohammed unveiled several key details of the city's plans at the inauguration, including the Dubai Green Zone, which aims to attract clean energy projects, and a $27.2 billion Dubai Green Fund, which will provide low-interest financing for those projects.

“Every investment in the development of clean energy sources is at the same time an investment to protect the environment for future generations," Sheikh Mohammed said. "It is an effort to build our sustainable economic sectors which do not depend on nonrenewable energy resources and are unaffected by volatile energy prices.

"Through this strategy, which is based on innovation, research and development, we aim to explore the future of the energy sector to unveil initiatives that will make use of the scientific and technological developments in this sector and take the lead in their development and application."