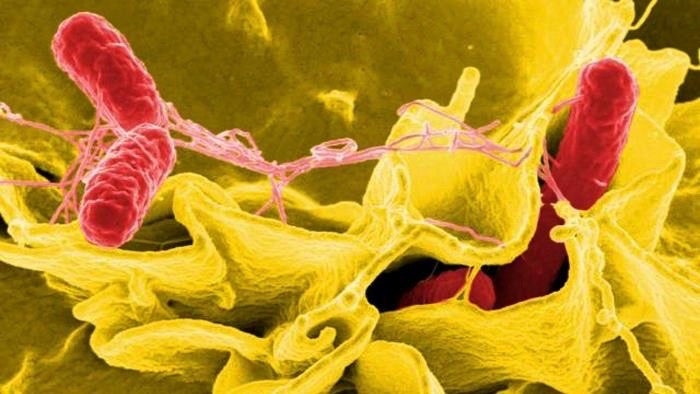 The Centers for Disease Control and Prevention (CDC) warned Thursday of a drug-resistant strain of salmonella newport linked to the overuse of antibiotics in cattle farming.

The strain sickened 255 people in 32 states between June 2018 and March 2019, leading to 60 hospitalizations and two deaths, the agency wrote in its Morbidity and Mortality Weekly Report. And the strain is still making people sick, lead report author and CDC epidemiologist Dr. Ian Plumb told CNN.

New @CDCMMWR: Learn about #Salmonella Newport infections in the US that are resistant to some common #antibiotics and how to prevent infection: https://t.co/70h3VCfowY pic.twitter.com/7Mt58QPmQy

“We are continuing to see cases occurring among patients,” Plumb told CNN in an email. “The antibiotic resistance pattern of this strain is alarming because the primary oral antibiotics used to treat patients with this type of salmonella infection may not work.”

Plumb told HealthDay Reporter that the two patients who died had other illnesses as well, but that the drug-resistant salmonella did contribute to their deaths.

The strain has shown decreased susceptibility to azithromycin and does not respond at all to ciprofloxacin, the report said. Both are commonly used to treat the disease, and, before 2017, fewer than 0.5 percent of salmonella strains found in U.S. patients were resistant to azithromycin.

The outbreak has been linked to the consumption of U.S. beef and Mexican soft cheese, leading investigators to believe the strain is present in cows in both countries, CNN reported.

“The resistant strains developed in animals, and those strains can then be transmitted to humans,” Plumb told HealthDay Reporter.

Dr. Marc Siegel, a professor of medicine at the New York University Langone Medical Center who was not involved with the study, told HealthDay Reporter that the best way to prevent drug-resistant infections like this is to change farming practices.

“Salmonella is a very common bacteria in livestock, and the problem is that we’re overusing antibiotics to try to control this problem,” Siegel said. He said that farmers also gave antibiotics to cattle to increase their size.

He said that better human treatments were not the solution, since most of the time the infection needs no treatment at all.

“It’s really a change in farming practices that are needed—to stop giving these animals antibiotics,” he said.