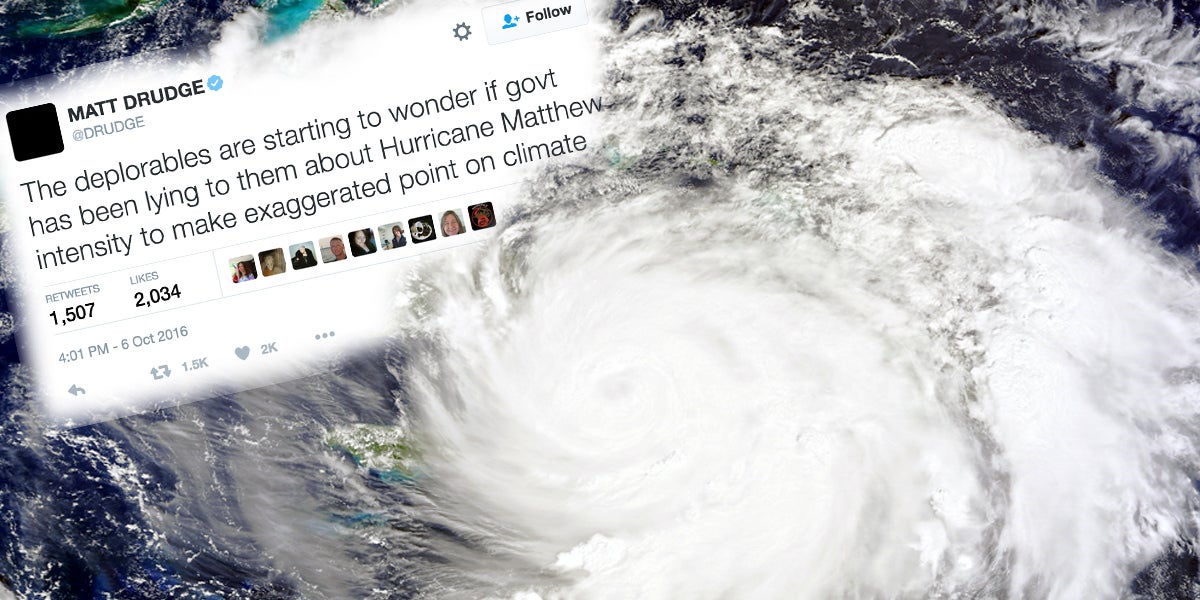 As millions evacuate the East Coast of Florida in preparation for Hurricane Matthew, which has already been responsible for more than 113 deaths across the Caribbean, the curator of the most widely read conservative website, Matt Drudge, irresponsibly peddled a conspiracy theory that federal officials have exaggerated the danger posed by Hurricane Matthew “to make exaggerated point on climate.” 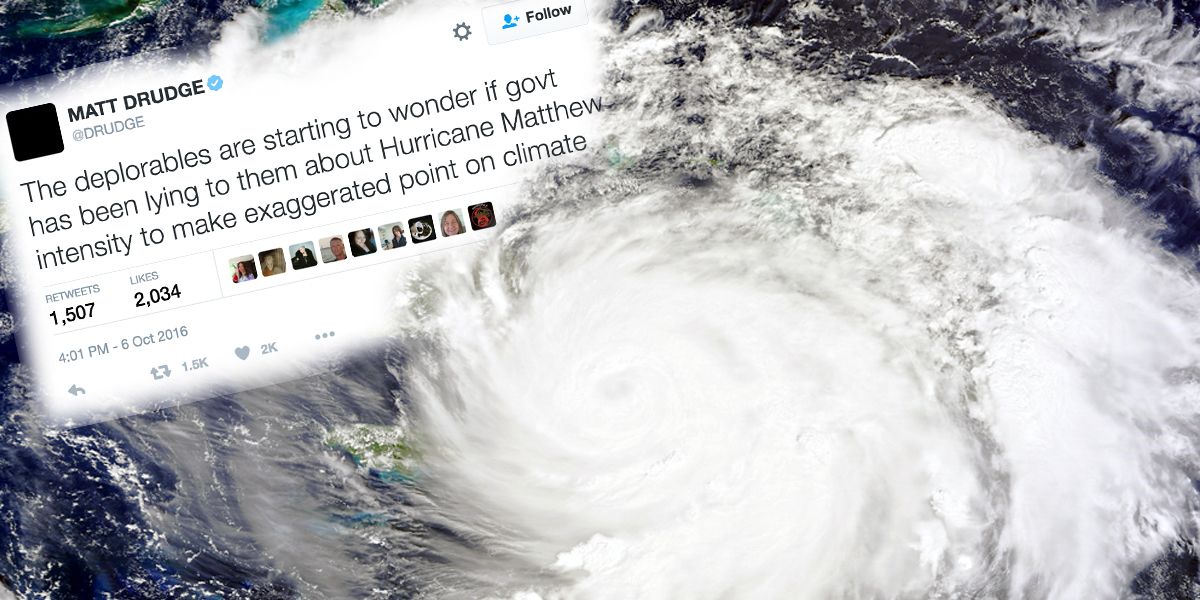 On Oct. 6, Drudge claimed “the deplorables” were wondering if the government was lying about the intensity of the deadly hurricane and also questioned the legitimacy of the National Hurricane Center’s data:

Drudge also used his website, one of the most widely read sites on the internet, DrudgeReport.com to put Florida residents in danger and push the conspiracy theory with a banner titled “STORM FIZZLE? MATTHEW LOOKS RAGGED!,” alongside links titled “IT’S A 4?” and “RESIDENTS NOT TAKING SERIOUSLY…”

In direct contrast to Drudge, Republican Florida Gov. Rick Scott warned those in the hurricane’s path that “this storm will kill you,” while Sen. Marco Rubio (R-FL) described the storm as “dangerous.” Fox News host Shepard Smith warned Floridians that if they did not evacuate “you and everyone you know is dead” and that “you can’t survive it,” while The National Weather Service for Melbourne, Florida warned residents that the storm was “LIFE-THREATENING” and “more impacting than Hurricane David and 2004 hurricanes!”:

5 am | Matthew LIFE-THREATENING as it moves up the EAST CENTRAL FLORIDA coast. More impacting than Hurricane David & 2004 hurricanes! #flwx pic.twitter.com/nLuXYNJ4MZ

Drudge joined Rush Limbaugh in peddling irresponsible conspiracy theories about the hurricane, placing their audience in danger. Earlier, Limbaugh downplayed the storm by ranting about “politics in the forecasting of hurricanes because there are votes” and previously claimed the National Hurricane Center is “playing games” with “hurricane forecasting” to convince viewers of climate change.

Reposted with permission from our media associate Media Matter for America.