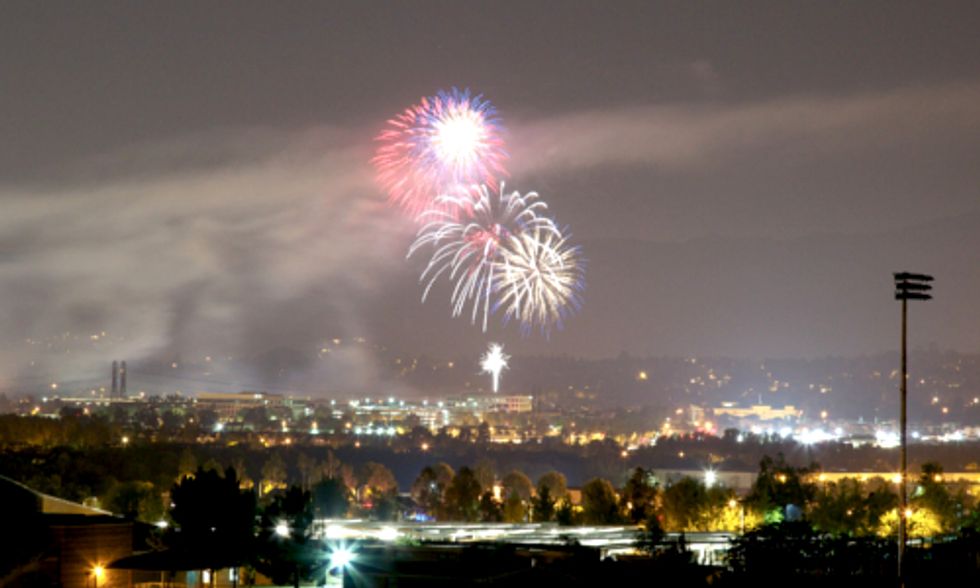 It's so dry around Phil Griego's New Mexico village that grass crunches when ranchers like himself shift horses, cattle and other animals from one field to another.

That's why the Democratic state senator tried to pass an update to New Mexico fireworks laws that would have provided cities and counties more authority to ban fireworks when fires are more likely. It didn't happen, despite support from fire departments, both sides of aisle and the governor, who has wanted to change the law for about three years.

Griego told The Associated Press that he hopes the law is revisited sooner than later.

"This is critical because I don't think this drought and this situation we're in right now is going to pass any time soon," Griego said. "For this year, it's done and over, but we've got to start working on next year. We've got to have protections. Look at the fires that are taking place now with just lightning strikes."

Fireworks restrictions vary in some of the nation's driest states, despite the risks of drought fires. Photo credit: Kevin Stanchfield/Flickr Creative Commons

Things are different in California, which suffered has been rocked by three dry winters and an ongoing drought impacting water supplies, food prices and more. Few cities allow the sale and use of legal fireworks. The state's forestry division has enacted an open-burn ban this week for millions of acres it manages. It also has a zero-tolerance policy for illegal fireworks.

Arizona began allowing the sale and use of some fireworks four years ago, but has updated laws to prohibit them in the counties of the state's two largest cities—Phoenix and Tucson—but only around the July 4 holiday. The Phoenix Fire Department will place trucks around the city to quickly respond to potential brush fires, while city employees will monitor hiking trails.

Some lawmakers in Texas declined to impose fireworks restrictions on small businesses, so legislation to empower the state fire marshal stalled.

"We're trying to keep control on it," Glenn D'Auria, president of the Arizona Fire Marshals Association and a Tucson fire inspector, told the AP. "It's new for us. It's not like back East where people grew up with it.