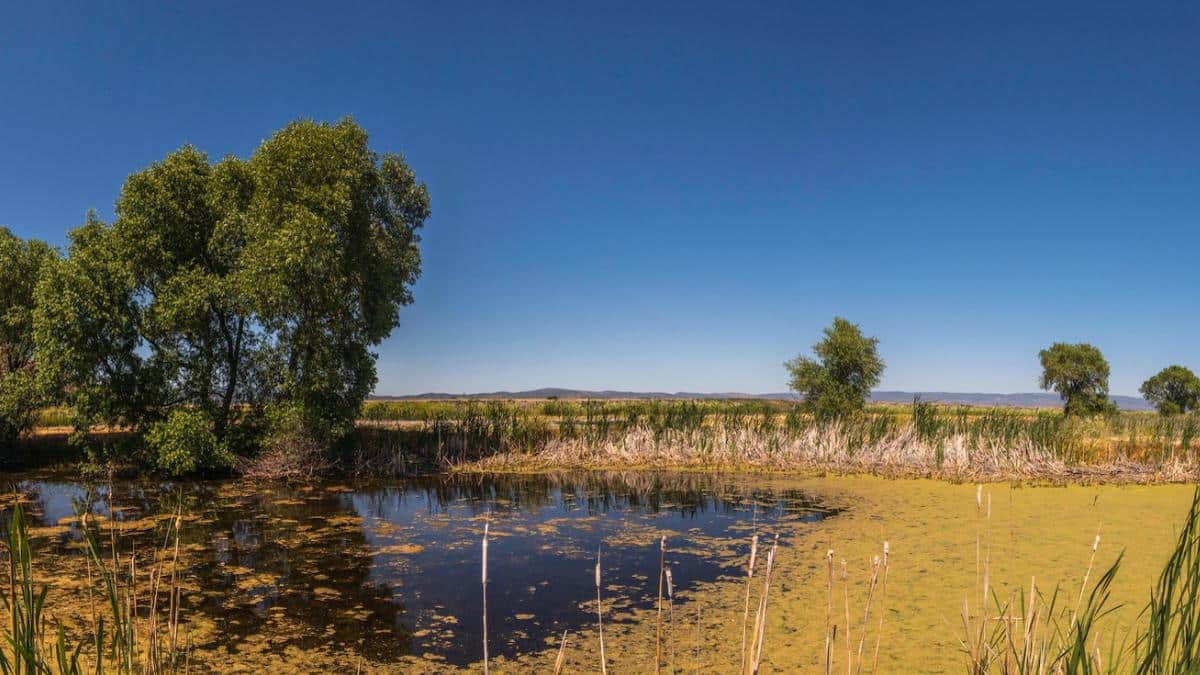 The massive drought parching the American West has reached a (dry) boil in the Klamath Basin along the California-Oregon border as climate change drives conflict between Native American tribes, farmers, regulators, and conservationists.

Earlier this year, federal officials shut irrigation outflow gates from Klamath Lake, Oregon’s largest, in order to slow catastrophic salmon die-offs. Those salmon are protected by federal law and the federal government guaranteed Klamath Tribes they would be able to fish for them and other native species. Shutting the outflow gates has infuriated farmers, whose crops require irrigation from the Klamath.

Twenty years ago, during a similar drought-induced water shortage, three men were charged after going on a racist shooting spree through the town where Klamath Tribes’ offices are located. This year, notorious anti-government militant Ammon Bundy has threatened violence against law enforcement if the gates are not opened for farmers.

“These are not things that are going to get better if climate change continues to give us more uncertainty and less reliable supplies of water,” William Jaeger, an economics professor at Oregon State University who specializes in environmental, resource and agricultural policy issues, told The New York Times.