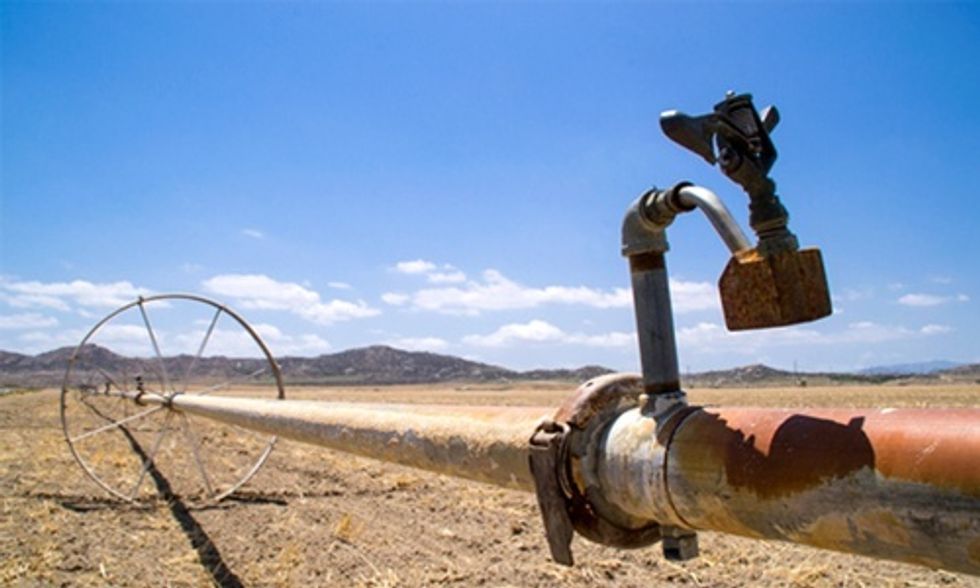 The California State Water Resources Control Board on Friday ordered the largest cuts on record to "farmers holding some of the state's strongest water rights," according to The Guardian. Water officials told senior water rights holders, some of whose rights date back to 1903, to stop pumping water in California’s Sacramento, San Joaquin and delta watersheds.

It's the first time the state has mandated such a large number of senior rights holders to curtail water use. "It will affect thousands of farmers," says The Guardian. The last time any restrictions were placed on senior rights holders was during the 1976-77 drought, but "those curtailments were not as geographically widespread as Friday's," reports The New York Times. The move has been anticipated for weeks. Jay Lund, a professor of civil and environmental engineering at University of California, Davis, told The Guardian, "The order was both expected and necessary."

In April, Gov. Jerry Brown issued unprecedented water restrictions for the state, mandating 25 percent water reduction for cities and towns. But urbanites felt that agriculture, which is responsible for about 80 percent of all water consumption in the state, was not receiving its fair share of cutbacks. But Lund told The Guardian that "such a perception was ... inaccurate."

“Agriculture has been suffering cuts for three years,” Lund said. “Cities have only started to feel the effects of this four-year drought much more recently.” Earlier this spring, the board halted diversions to some 8,700 junior rights holders, said The New York Times.

Many are claiming that the state does not have the authority to issue the curtailment. Jeanne Zolezzi, an attorney for two small irrigation districts in the San Joaquin area, told The Guardian she plans to take the issue to court.

“A lot of trees would die, and a lot of people would go out of business,” said Zolezzi. “We are not talking about a 25 percent cut like imposed on urban [areas]. This is a 100 percent cut, no water supplies.”

While some farmers will rely on even older water rights, KFBK News says, "others were able to locally hold water with off-site storage, which is not restricted by the Water Board. Others will need to pump groundwater or buy water from water rights holders with earlier priority dates."

Violators of the mandate are subject to fines up to $1,000 a day and $2,500 per acre-foot of water unlawfully diverted, according to KFBK News.

5 Things You Need to Know About the EPA Fracking Report