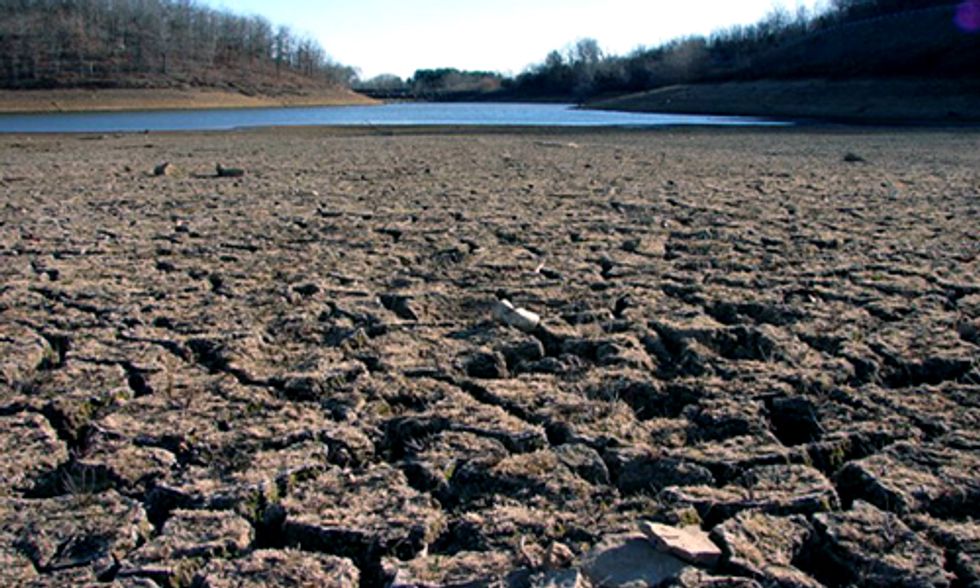 In recent days California has announced its most severe water restrictions ever as drought continues to hit the state. Scientists say the region’s rainfall has been declining over the years and the consequences are serious.

January is the month when Californians put on their rain jackets—but not this year.

It’s the month which is usually wettest in the western U.S., when rivers and reservoirs are replenished: this year there was virtually no rain through January in much of the region, following on from an exceptionally dry period through much of 2013.

A vast area of land in the western region of the American land mass, stretching from the province of Alberta in Canada across to parts of Texas in the U.S. and on down into Mexico, is suffering as reservoirs and rivers dry up. A state of emergency has been declared in several areas, including California.

Dr. Wallace Covington is director of the Ecological Restoration Institute at Northern Arizona University. “What we’re seeing across this region is an intensification of long-established aspects of climate change," Covington told Climate News Network.

“I hate to sound pessimistic but all around in these large watersheds we’re seeing a degradation of water structure and function. There’s increased erosion leading to desertification, and with the dry conditions and generally stronger winds the forest fire season is being extended.”

Covington is an internationally recognized expert on forest restoration who has been studying tree growth in Arizona for many years, particularly among its ponderosa pines—the Pinus ponderosa.

“Longer drought periods and increasing temperatures are resulting in attacks by bark beetles—which can eventually kill off trees—becoming increasingly severe.

‘The trees can’t produce adequate moisture: if enough photosynthesis is going on they can fight off the beetles and their larvae. But in northern Arizona we’ve been under drought conditions for about 30 years and it’s getting worse. We’ve been losing pines that are 300 or 400 years old at an alarming rate,” said Covington.

At the end of last month California’s State Water Project—the largest state-built water and power development and distribution system in the U.S. – said it would stop supplying water to local agencies in many areas in order, said officials, to use what water remained “as wisely as possible.”

The agencies—which supply water to about 25 million people and to about 750,000 acres of farmland—would in future have to look elsewhere for water, including from local reservoirs or from groundwater sources.

California Gov. Jerry Brown says the water shortages are “a stark reminder that California’s drought is real” and has asked people to reduce their water consumption by at least 20 percent.

The western region of the U.S. is one of the world’s main agricultural production regions and if the drought is prolonged global food prices could rise. In some areas ranchers have been forced to sell off their herds and in others farmers are abandoning their crops.

In southern California, an area which produces a wide variety of vegetables, fruits, nuts and other crops, farmers are complaining that water supplies are being diverted to towns and cities from their lands.

“It’s not as if there hasn’t been enough warning about what’s happening,” says Covington.

“These changes have been going on over decades but the trouble is our political and management systems respond only in four to five year cycles, not to 40 or 50 year trends.

“This is above national—it’s global. Yet our institutions are national at best. And we don’t have a lot of time to act.”