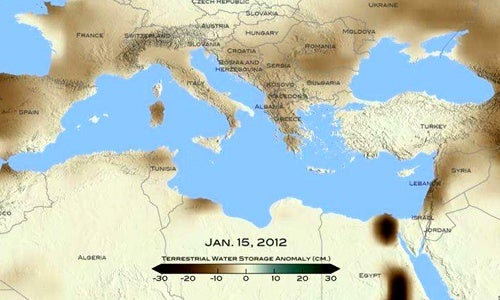 The unrelenting drought gripping Syria and the rest of the eastern Mediterranean is likely the worst to affect the region in 900 years, according to a new study. 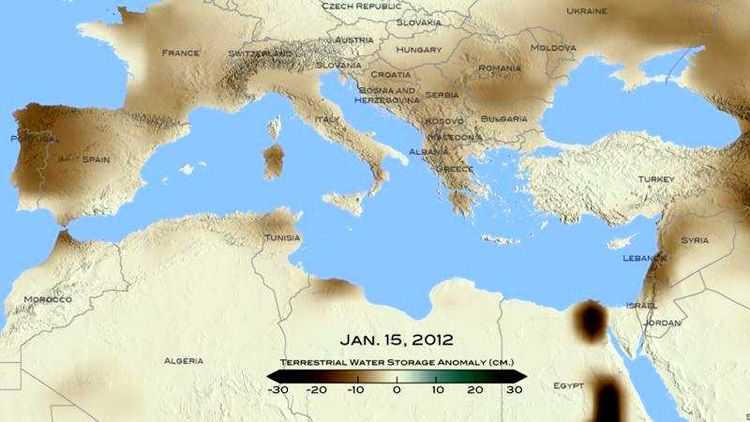 For January 2012, brown shades show the decrease in water storage from the 2002-2015 average in the Mediterranean region. Units in centimeters. The data is from the Gravity Recovery and Climate Experiment, or GRACE, satellites, a joint mission of NASA and the German space agency. Image credit: NASA/ Goddard Scientific Visualization Studio

Previous research found that the influence of climate change made the drought three times more likely, and the region is expected to become even drier over time. Nearly 12 million people have been driven from their homes in Syria by a years-long civil war, which reports link to socioeconomic instability brought about by the climate change-fueled drought.