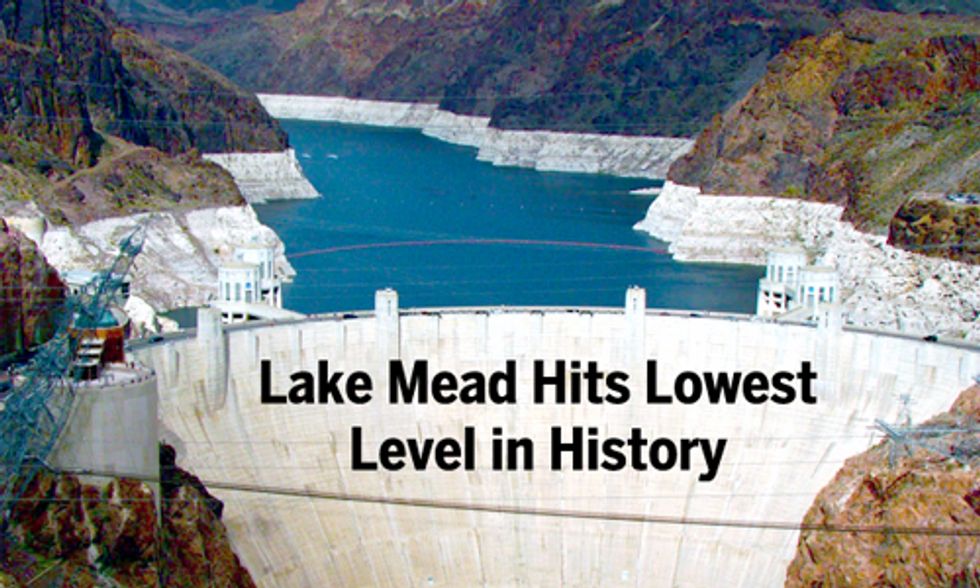 As the largest reservoir in the U.S. falls to its lowest water level in history, Nevada State Sen. Tick Segerblom introduced a bill title and issued a press release on July 8 calling for an “independent scientific and economic audit of the Bureau of Reclamation’s strategies for Colorado River management.”

Sen. Segerblom’s position represents the growing political impatience with the current management system for the river. He takes hard aim at the Bureau of Reclamation as being responsible for these problems as he says, “Reclamation may have played a major role in erecting our Colorado River infrastructure, but it’s clearly time for people across the basin to begin leading its future management.”

Whether you agree or disagree with Sen. Segerblom’s approach, something needs to change to address the water supply threats, and something must change as soon as possible to arrest the continual decline of the health of the Colorado River.

Further, the Senator calls for a more environmentally minded management focus on the health of the river as stated in his press release: “Healthy rivers signal healthy societies, yet Reclamation failed to mention ecological issues in its recent analysis. The Colorado River is a river of national parks, but the river running through them is struggling.”

This week’s history-making, bad-news event at Lake Mead has already triggered lots of news stories, but almost all of these stories focus on the water supply for Las Vegas, Phoenix and California. But what about the health of the river itself? Senator Segerblom’s press release reminds us that this river is more than just water supply for cities and farms—it’s a living entity full of species that depend on the river for survival, and as the lake level falls, the first entity to feel even more pain won’t be Las Vegas or Phoenix but rather the river itself.

Let’s take a look at the environmental problems with the Colorado River and how they are getting worse. Grab a cup of coffee because this is a buzzkill:

To address these problems as well as water supply threats, the Bureau of Reclamation spent years creating the Colorado River Basin Study and released it publicly in 2012 with much fanfare. Since that time, Reclamation has appointed several “Working Groups” to further study the problem and offer solutions—including a “Healthy Flows Working Group”—but over a year has passed without public communication about recommendations or solutions.

To be fair, it’s not completely all bad news—there are a few glimmers of hope around the Colorado River basin too. The effort by the Bureau to restore the Colorado River Delta has been positive, environmental groups’ work to stop and stall new water projects has made a difference, and a few cities’ new pilot project, Colorado River System Conservation Program, offers a potential path forward.

But despite these glimmers of hope, there’s one overwhelming fact in the Colorado River ecosystem and it’s painted bright white with the increasing size of the bathtub ring across the walls of Lake Mead—we are draining more water out of the system than the river is putting in.

Whether you agree or disagree with Sen. Segerblom’s approach, something needs to change to address the water supply threats, and something must change as soon as possible to arrest the continual decline of the health of the Colorado River. The system, and the health of the river itself, cannot be sustained the way it’s currently operated.

Gary Wockner, PhD, coordinates the Save The Colorado River Campaign whose mission is to protect and restore the Colorado River and its tributaries from the source to the sea. Gary@SaveTheColorado.org.