21 Million Americans Are Relying on Unsafe Drinking Water, Here’s What We Can Do About It 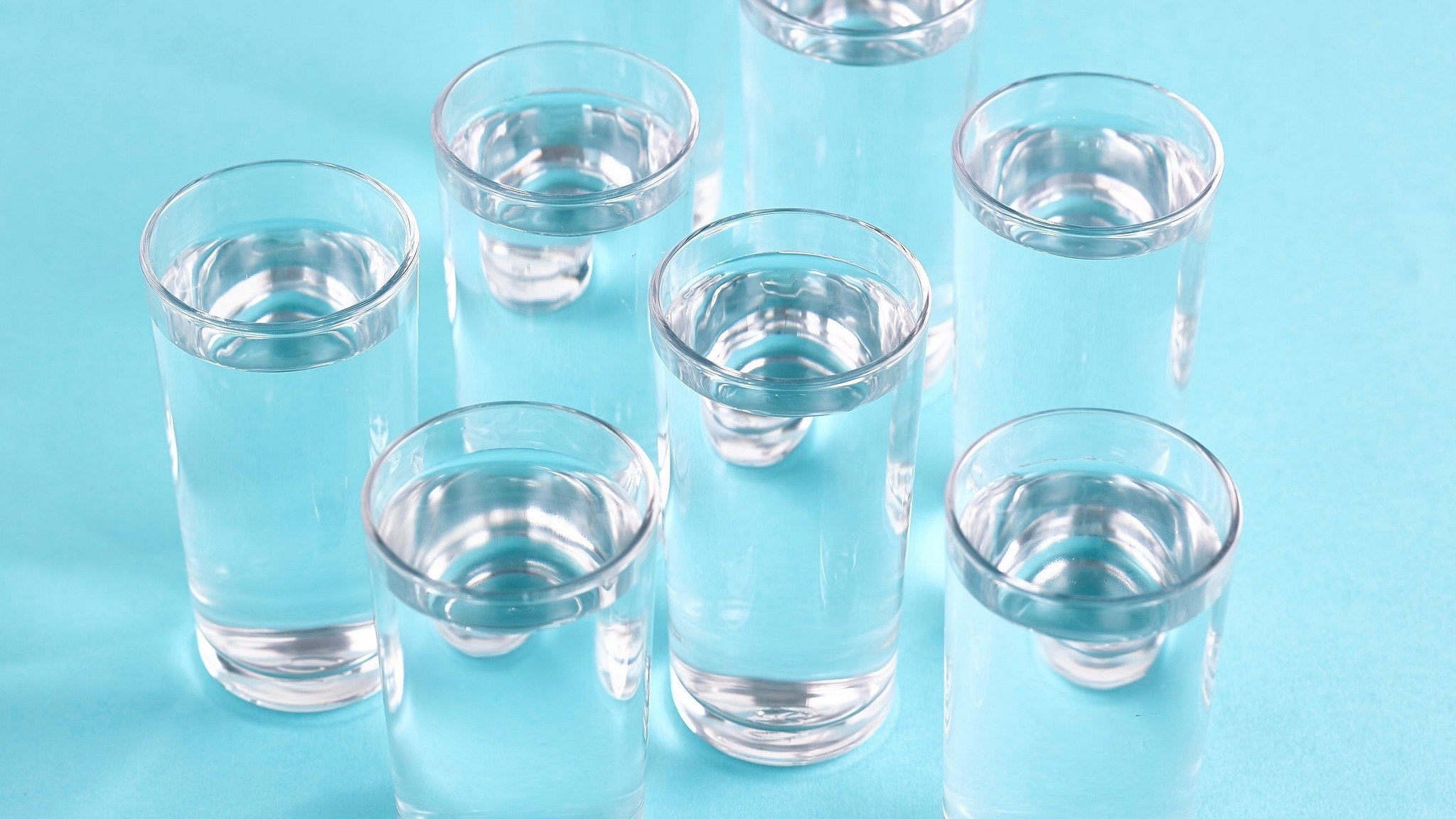 Since the Flint drinking water crisis erupted five years ago, Americans have realized that many cities and towns struggle to ensure safe water. Currently residents of Newark, New Jersey are drinking bottled water after the city realized lead filters it handed out had failed.

While most water systems in the U.S. provide reliable, high-quality drinking water, our research has shown that as of a few years ago, 21 million people in the U.S. relied on water from utilities with health violations. Why? Infrastructures are aging, environmental hazards are evolving and cities lack the funds to make fixes.

No amount of lead in the body is safe, and children under age five are especially at risk. Lead poisoning can damage the central nervous system, reduce IQ, delay growth and cause behavior and learning problems. Nearly half a million children in the U.S. have elevated blood lead levels. Exposure comes primarily from lead paint, but lead in drinking water also contributes.

Our research group studies long-term trends in drinking-water quality and what factors cause unsafe water. Our studies have shown that this public health crisis can be corrected through better enforcement, stricter sampling protocols, revised federal regulations and more funding for state agencies.

Lead Contamination in Water Is Widespread

Since it began regulating lead in 1991, the Environmental Protection Agency has reported nearly 7,000 violations of the federal Lead and Copper Rule, which sets maximum levels of these metals in drinking water. Of these violations, 4,110 occurred in community water systems, which serve people year-round. Another 2,639 were recorded in noncommunity water systems that serve places like schools. The violations have fluctuated over two decades, showing no clear downward trend.

The Lead and Copper Rule, which regulates levels of these metals in drinking water, has been violated more than 6,000 times since the early 1990s. Columbia Water Center, CC BY-SA

Between 2014 and 2018 the EPA reported 740 violations of the Lead and Copper Rule at community water systems. Montgomery and Harris counties in Texas had the highest number of violations. Several counties in the Northeast violated the rule multiple times, including Baltimore and Worcester, Massachusetts.

Although violations in cities are rare, six communities with populations of 100,000 people or more had water with too much lead and copper, including Portland, Oregon; Providence, Rhode Island; and systems in northern New Jersey, Mississippi and Wisconsin.

Very high lead levels tend to appear in very small communities. Three towns with fewer than 3,000 people — two in Michigan and one in Utah — experienced levels over 100 times the regulatory limit. 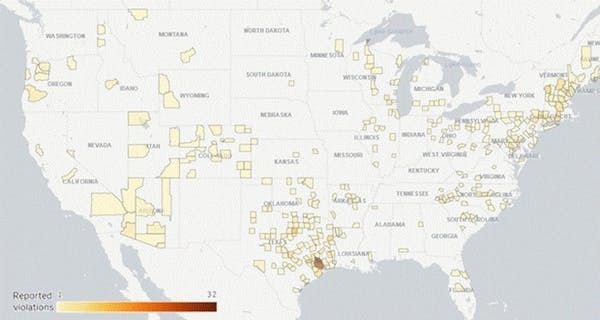 County-level map depicting violations of the Lead and Copper Rule since the Flint crisis, 2014-2018. Only violations at community water systems are included.Columbia Water Center, CC BY-ND

At treatment plants, lead levels often are acceptable – but then they rise as water flows through service lines. Acidic water can corrode lead pipes and carry lead that leaches from them to the tap. Utilities can’t fully control the problem because property owners usually own the pipes that connect homes to the water mains.

Until the 1950s, lead pipes to houses were common. By 1986 they were banned, but old lead pipes remain – and are corroding – across the country, especially in the Northeast, Midwest and older urban areas.

Nearly one-third of water systems in the U.S. report that at least some of their service lines contain lead. The exact number of lead service lines is estimated at 7 to 11 million — more than 50,000 miles of lead pipes. This would mean that service lines to the homes of about 15 to 22 million people, or 7 percent of those served by a community water system, could contain lead.

More than one in five utilities do not know whether lead service lines exist for the homes they serve. Addressing this problem will require the federal government to update regulations, while states improve monitoring and enforcement. The EPA does not require lead testing in schools, and sampling procedures at community water systems can be inconsistent.

Lead is one of the few water contaminants that utilities are required to measure at a customer’s home, and utilities do not always follow EPA sampling procedures in practice. A violation is incurred only if 10 percent or more of samples have concentrations above the action level for lead, which is 15 parts per billion. Some utilities take many more samples than required and discard those with high lead levels, a 2016 investigation found.

Another hurdle is reduced funding for enforcement activities. State funding declined by 26 percent from 2001 to 2011, while workloads have increased due to new rules.

Water system managers must inform the public when they find elevated lead levels. They may need to reduce pipe corrosion or replace service lines made of lead.

Water treatments to adjust pH and lessen corrosion can be effective in reducing exposure to lead. They are required in cities of more than 50,000 and in smaller systems with violations. Flint‘s system lacked proper corrosion control, which would have cost only about $100 per day.

Replacing lead pipes nationwide, which would permanently solve the corrosion problem, would cost $16 billion to $80 billion. Utilities that cannot reduce lead levels through corrosion control are legally required to replace pipes at a rate of 7 percent yearly. However, they only have to pay for replacing pipes they own. Many homeowners decline to pay for their portion, which can cost between $1,000 and $12,000.

Partial replacements can worsen conditions by disrupting pipelines and dislodging lead. Nonetheless, some cities have launched replacement programs. Others, including Detroit, Denver and Newark, have taken steps to identify and inventory lead pipes in their service areas.

Revised federal and state guidelines could limit oversampling by utilities and improve water testing in people’s houses. New regulations could prohibit the practice of “pre-flushing,” or running water for several minutes before drawing a sample, which some engineers use to clear lead from pipes prior to testing. Another strategy would be for regional EPA offices to conduct random sampling of tap water quality.

The EPA currently is considering long-term revisions to the Lead and Copper Rule. In our view, an updated rule should require corrosion control, identification and replacement of lead lines, specific sampling procedures and better public education.

We believe that lead contamination can be eliminated through better enforcement, more funding for state agencies, stricter sampling and proactive efforts to control corrosion. These actions will pay off by improving children’s health nationwide.