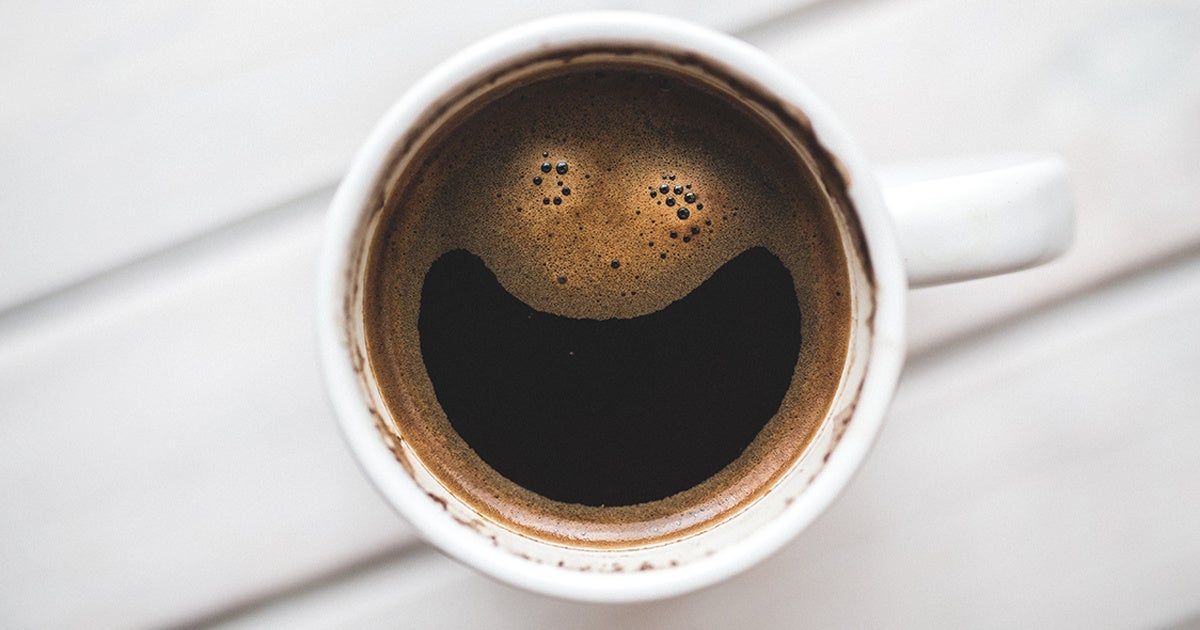 There’s nothing quite like a cup of coffee in the morning. Whether it’s from your local shop, brewed at home or snagged from a tiny cart somewhere, people all over the world start and their days with the centuries-old psychoactive beverage.

And aside from being a the only thing that can drag some of us out of bed on tough mornings, there are actually some more significant reasons—including health, economic and more—why it’s a good way to start your day.

Check out the list below to see why you should definitely be drinking more coffee.

1. It has a variety of health benefits.

For starters, coffee is probably, more than likely, almost definitely, great for you. Years ago, research led to the understanding that coffee was unhealthy to drink regularly, raising alarm bells for pretty much everyone everywhere.

But recently, studies have revealed that the opposite is true: Those who drank coffee regularly were found to have lower instances of liver disease, neurological disorders, heart disease and diabetes.

Less scientific studies conducted in my apartment also showed that drinking coffee significantly increases your chances of not putting on your shirt inside out.

2. It’s helping in the economic empowerment of women.

All around the world, women provide up to 70 percent of the manual labor for coffee cultivation, though they own only 15 percent of coffee farms and traded beans. However, efforts are underway to shift this power imbalance so that women receive more of the profits from coffee production.

The International Women’s Coffee Alliance is one organization trying to help women in the coffee industry. Their mission is to help women get higher paying jobs and decision-making powers in trade groups. They currently have chapters in 22 countries around the world. The organization also advocates to change laws that prevent women from economic independence all over the world.

You can find International Women’s Coffee Alliance-approved beans beans from brands like Blue Bottle Coffee in the U.S.

In Alaska, one company is moving forward with a plan to help empower indigenous cultures through coffee. Global Citizen spoke with the owners of Cafe Vasquez, a coffee shop that buys beans from indigenous farmers in the north of Peru. The shop is operated by the Kitikmeot Heritage Society, an Alaskan indigenous group dedicated to preserving indigenous cultures.

The collaboration is meant to put money in the hands of farmers and families in indigenous cultures in two very different places across the globe and it provides a model that could be followed elsewhere.

4. Third-wave small batch coffee is putting power in the hands of small-scale farmers.

The rise of Fair Trade coffee certification means that the small-scale farmers at the heart of coffee production are ensured a fair wage for their labor. This is important because up to 80 percent of all coffee is produced by only 25 million small farmers across the world. Ensuring that the money you pay for beans directly supports the people that grow them is a form of global consumer ethics.

Now, there seems to be renewed interest in the more delicious and unique varieties of heritage beans that can only be grown in specialized parts of the world. This is good news for farmers in Africa and South America, who are beginning to find new markets for their artisanal beans in the U.S. and Europe especially. When you buy fair-trade beans, or even better direct trade beans, you can be sure that the profits are fairly distributed among farmers.

Try new blends each time you buy beans, and support a different group of farmers somewhere in the world!

5. Its waste can fuel buses.

Yes, you read that right. At this point, you might be wondering what can’t coffee do?

A partnership between a biotech startup and a major power company in London has resulted in the first ever fleet of public buses that can run on a mix of diesel and new biofuel made from oil extracted from coffee waste.

Used grounds are collected from shops and restaurants, converted into efficient and clean fuel, then pumped into buses that take busy Londoners from one end of town to another.

On mornings when you miss you morning cup, you should hope that these buses got theirs.

6. In fact, coffee waste can be used for a lot of things.

Coffee waste can actually be repurposed for a ton of really cool uses. Maybe you’ve seen coffee flour, made from the unused husks of coffee beans?

We hear it can make a great batch of cookies.

Your used coffee grounds can also be used as fantastic fertilizer in the garden, an odor neutralizer in your fridge, a skin exfoliant and caffeinated soap. Considering that coffee grounds release methane into the atmosphere when degrading in landfills, finding ways to repurpose them can make you feel a lot better.

You’re hopped up on caffeine anyway, might as well do something productive, right? *Watches 3 hours of cat fails*

7. Climate change could eliminate it soon.

This is the saddest reason you should be drinking coffee. Scientists have reported that by 2050, climate change will have reduced farmers’ ability to grow coffee by half. Half. Imagine getting only half of your daily coffee fix. Not good.

But what’s way more serious is the fact that more than 120 million people in low-income countries earn their livelihoods from the coffee industry. Climate change will seriously affect the way millions of people live and work every day.

The good news is that you can support these farmers by continuing to purchase ethically produced and sustainable varieties of beans. As the effects of climate change become more pronounced, the future of the coffee industry might just come down to the ingenuity and expertise of small farmers all over the world. Continue to support them, and take steps to reduce your own contributions to climate change however you can.

So now you have no excuses not to take advantage of everything coffee has to offer. Check out our guide to the best ethically sourced coffees here and get sipping as soon as possible.