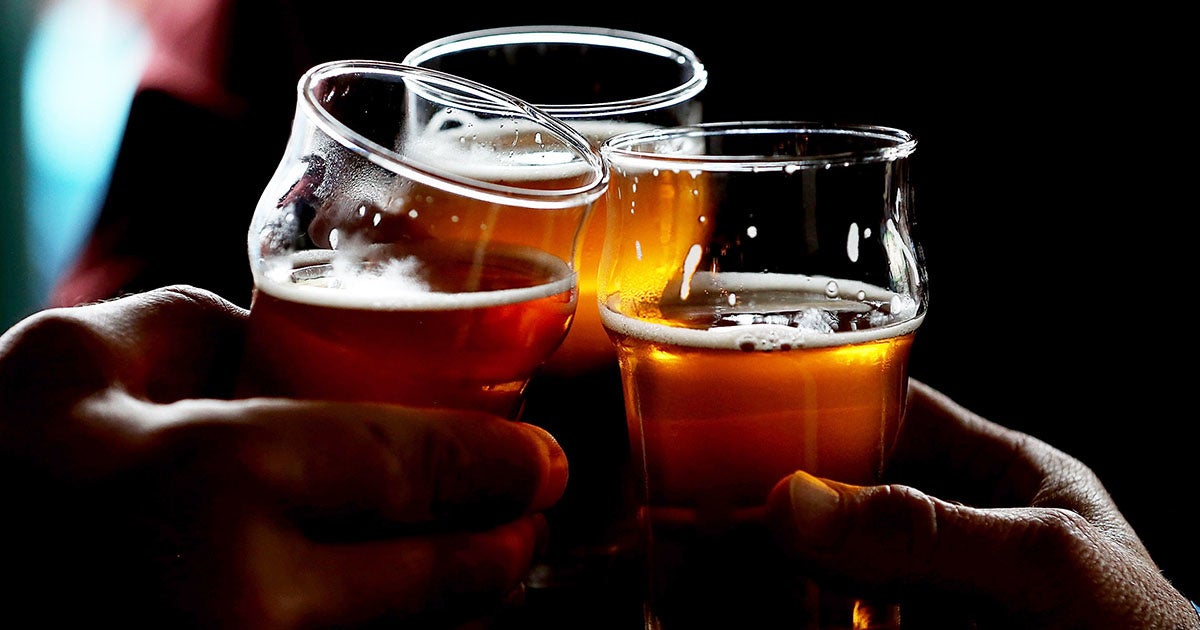 A major genetic study has concluded that there is no healthy level of alcohol consumption, at least when it comes to stroke risk.

The study, published in The Lancet Thursday, contradicts some previous research suggesting that drinking one to two glasses a day might protect against stroke, though other studies have said there is no safe level of alcohol consumption, BBC news reported. In Thursday’s study, a research team from the University of Oxford, Peking University and the Chinese Academy of Medical Sciences found that even drinking one to two glasses a day increased stroke risk by 10 to 15 percent.

Moderate #alcohol consumption does not protect #against stroke: finding from a mendelian randomisation study https://t.co/Z5sLLjlUun pic.twitter.com/FQ2mUyaHB9

“The key message here is that, at least for stroke, there is no protective effect of moderate drinking,” study co-author and Oxford Nuffield Department of Population Health professor Zhengming Chen told Reuters. “The genetic evidence shows the protective effect is not real.”

For heavy drinking, the effect was even more pronounced. Drinking four or more glasses a day increased stroke risk by 35 percent and raised blood pressure.

The researchers were confident in their results because they were able to use a unique genetic variant common in Asian populations to help separate the impact of alcohol on health from other factors, The Guardian explained.

In East Asian countries, around one third of people have a combination of genes that makes them flush and feel uncomfortable after drinking, leading them to drink less. However, the genes cut across status or overall health, so scientists can isolate them as a variable.

“Using genetics is a novel way … to sort out whether moderate drinking really is protective, or whether it’s slightly harmful,” study author and Oxford epidemiologist Iona Millwood told Reuters. “Our genetic analyses have helped us understand the cause-and-effect relationships.”

The study looked at both women and men, but very few women in China drink. While 33 percent of the male subjects consumed alcohol, only two percent of the women did. This allowed the researchers to further confirm the negative impacts of alcohol, since women with the same combination of genes did not have an increase in stroke risk.

University of Cambridge Winton Professor for the Public Understanding of Risk David Spiegelhalter, who was not involved with the research, told The Guardian he found the results persuasive:

“This is a very impressive study which shows that men who, by chance, have a combination of genes that put them off drinking alcohol have a lower risk of stroke compared with those without these genes,” he said.

“The fact that this is not true for Chinese women, who tend not to drink whatever their genes, suggests this effect is due to the alcohol rather than the genes themselves. I have always been reasonably convinced that moderate alcohol consumption was protective for cardiovascular disease, but now I am having my doubts.”

The study could not draw any conclusions about the impact of alcohol consumption on heart attack risk. It also focused on beer and spirits, not wine, which some say may have separate health benefits.

“It has certainly advanced what we know about the role of alcohol in some diseases but it can’t be the last word,” Open University Emeritus Professor of Applied Statistics Kevin McConway told BBC News. “The new study doesn’t tie down exactly how alcohol works to increase stroke risk but doesn’t appear to increase heart attack risk.”