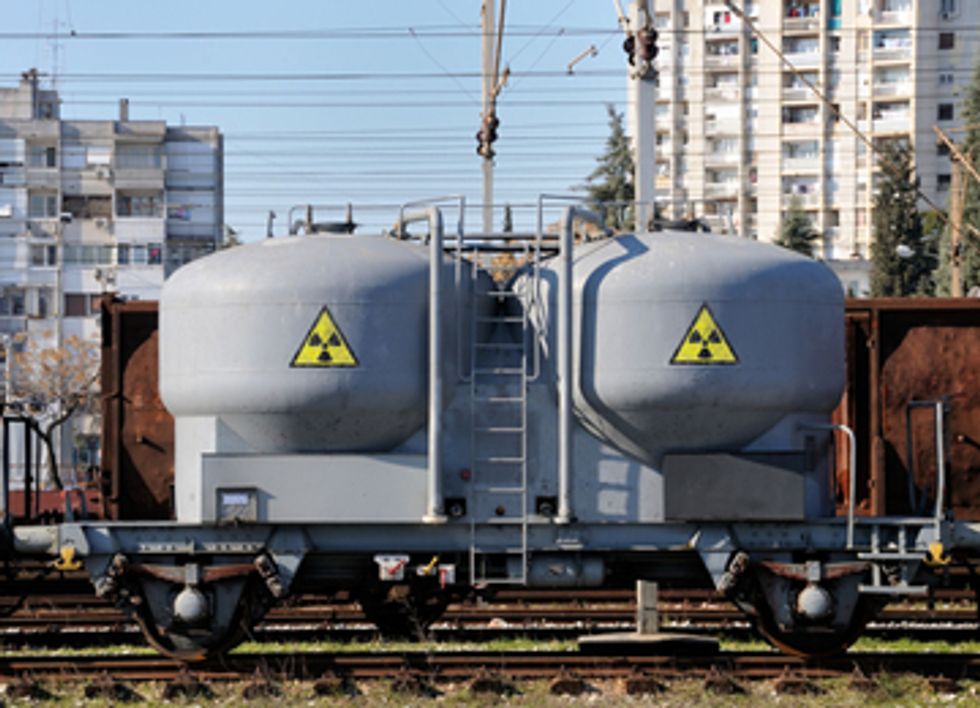 “This draft legislation is extremely disappointing,” said Michael Mariotte, executive director of Nuclear Information and Resource Service (NIRS), which coordinated the comment submission. “It simply attempts to revive rejected policies of the past while moving our nation no closer to a permanent solution for radioactive waste disposal than we are today.

"In particular, its misguided emphasis on ‘consolidated interim storage’ would result in the mass transportation of lethal nuclear waste over our roads, rails and seaways while not reducing the number of existing waste storage sites—which is every nuclear reactor site. Moreover, unlike previous Senate proposals, this one would effectively break the linkage between an 'interim' site and progress on a permanent solution and thus place any kind of permanent repository even further into the future than it is now," said Mariotte.

“After 30 years of failed nuclear waste policy, our decision-makers have a chance to get it right. But including a plan to shuttle our country’s stockpile of nuclear waste to temporary storage sites is the wrong move," added Allison Fisher of Public Citizen, one of the lead authors of the letter. "Any new nuclear waste policy must focus on a permanent solution, not a temporary fix. We are calling on the discussion draft sponsors to keep interim storage out of the final nuclear waste bill.”

The groups urged the Committee to make removing the waste from fuel pools at reactor sites a top priority. But that doesn’t mean the waste need begin a risky transport regimen. As an alternative, more than 200 groups support hardened on-site storage of radioactive waste while a permanent solution is pursued.

The comments pointed out that consolidated interim storage would not lead to a decrease in the number of sites storing radioactive waste, since as long as nuclear reactors generate waste it must be placed in pools for about five years to cool down; that such storage could “deincentivize and adversely impact progress of the nation’s efforts toward a viable permanent solution”; and that “interim” sites could easily become de facto—and unsuitable—permanent sites.

As the comments stated, “The first objective of any strategy to manage our country’s stockpile of nuclear waste must be safe and secure storage and minimizing the number of times radioactive waste is handled and transported. The proposal to move nuclear waste to one or more consolidated waste storage facilities does not meet this objective. In addition the proposal does not address broader storage and disposal issues. Adopting a plan to move waste around the country without linkage to permanent disposal would be inequitable.”

“There are some other areas where the draft legislation considers some important issues; for example creation of a new agency to address radioactive waste and the important issue of determining community consent for siting of a radioactive waste facility,” said Mary Olson of NIRS Southeast, another lead author of the letter. “But the Committee needs to start over and drop the idea of temporary consolidated storage sites before these issues can be meaningfully addressed.”