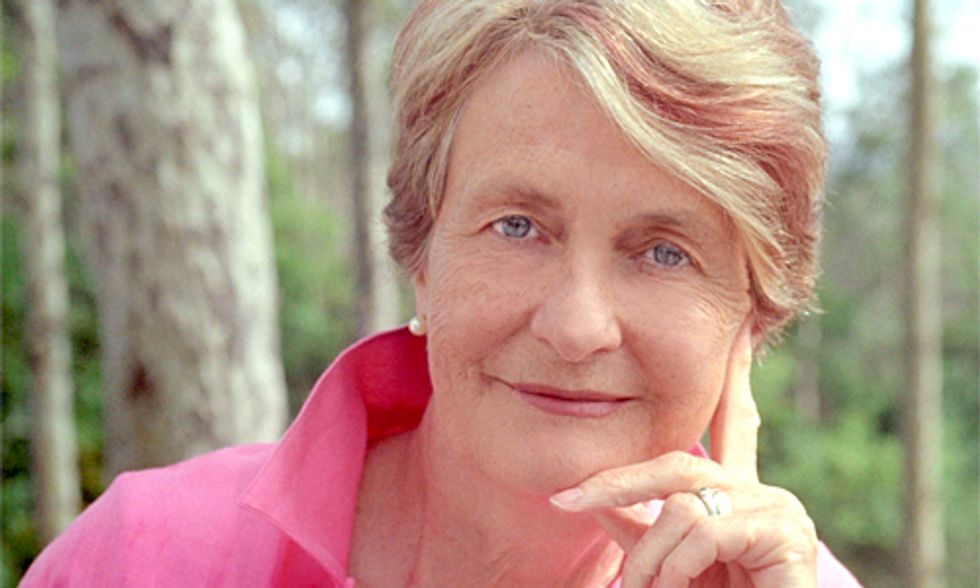 The great Dr. Helen Caldicott graced the Solartopia Green Power & Wellness Show this week with her unique assessment of the health effects of Fukushima and the rest of the nuclear power industry.

She tells us about what's happening to the renewable industry in Australia, and why Dr. James Hansen needs to reassess his views on atomic energy.

"Nuclear Power Plants are cancer factories and bomb factories ... because any country that has a nuclear reactor makes 500 pounds of plutonium a year and you need 10 pounds to make an atomic bomb ... so the nuclear power industry in this country in its wisdom and in Japan, Canada and elsewhere is selling nuclear reactors as fast as it can ... and they will have enough plutonium to make enough atomic bombs for the next half a million years ... cause that's how long the plutonium lasts ...," said Dr. Caldicott.

Then she shared one of modern American history's most critical episodes. In the early 1980s, during the global campaign for a nuclear freeze, Helen met Patty Davis, the daughter of Ronald and Nancy Reagan. Davis figured that Dr. Caldicott might be one of the few people who might reach her father about the dangers of nuclear war.

So she brought Helen to the White House. Dr. Caldicott quickly sized up the President and determined to treat him "like a patient." He was already showing early signs of the Alzheimer's disease that would eventually claim him … and much of his second term in office.

For more than an hour Dr. Caldicott talked with the world's most powerful about what atomic war might do to the human race. It was, she said, a uniquely long meeting with our oldest president.

And, apparently, it did have an impact. Hear all about it on my Solartopia Green Power & Wellness show: