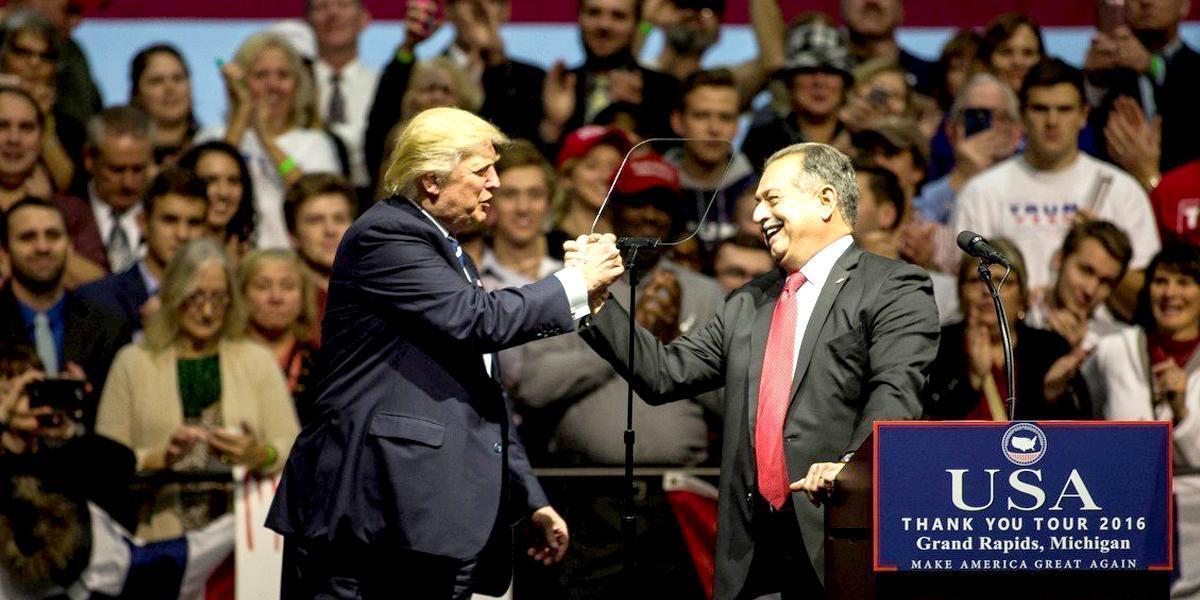 Dow Chemical, whose CEO Andrew Liveris is a close adviser to President Donald Trump, is pressuring the administration to throw out a government risk study on several popular pesticides, the Associated Press reported.

The 10,000-page study found that the three pesticides under review—chlorpyrifos, diazinon and malathion—pose a risk to roughly 1,800 animals and plants protected under the Endangered Species Act. The evaluations were compiled by federal scientists over the last four years and were expected to result in new limits on how and where the highly toxic pesticides can be used.

But lawyers representing Dow and two other makers of the organophosphates sent letters to the heads of three cabinet agencies last week, asking that the study be “set aside” and saying that the results are flawed.

“Our government’s own scientists have already documented the grave danger these chemicals pose to people and endangered species,” said Brett Hartl, government affairs director at the Center for Biological Diversity. “Unable to win on the facts, Dow is now adopting the same disgraceful tactics honed by the tobacco industry and the climate deniers to try to discredit science and scrap reasonable conservation measures that will protect our most endangered animals and plants.”

Last month, U.S. Environmental Protection Agency (EPA) chief Scott Pruitt scrapped his own agency’s proposal to ban chlorpyrifos—an insecticide that at small doses can harm children’s brains and nervous systems—from use on food crops. The AP noted that chlorpyrifos originates from a nerve gas developed by Nazi Germany, and Dow sells about 5 million pounds of the chemical in the U.S. each year.

“Public health experts, pediatricians and EPA scientists all agree that chlorpyrifos is unsafe for children at any level,” Environmental Working Group Senior VP for government affairs Scott Faber said after Pruitt announcement. “That overwhelming and uniform agreement among experts should have been all the information Administrator Pruitt needed to protect kids from this notorious neurotoxin. Yet, he decided instead to side with Croplife, Dow and the rest of chemical agriculture and allow chlorpyrifos to remain in use.”

The government scientists found that chlorpyrifos is “likely to adversely affect” 1,778 of the 1,835 animals and plants in its study. Diazinon and malathion, which the World Health Organization announced as probable carcinogens in 2015, were similarly found to threaten vulnerable species.

But lawyers for the Dow subsidiary that sells chlorpyrifos called for the research to be withdrawn because its “scientific basis was not reliable.”

Malathion maker FMC Corp. said the withdrawal of the study will allow the necessary time for the “best available” scientific data to be compiled. Diazinon maker Makhteshim Agan of North America Inc. did not comment.

Dow donated $1 million to the presidential inauguration and the company’s CEO, Liveris, leads Trump’s advisory council on manufacturing. In February, Liveris received the signing pen after the president signed the “Enforcing the Regulatory Reform Agenda,” an executive order aimed at eliminating regulations that Trump claims are damaging to the U.S. economy, but some worry that the measure will roll back critical environmental protections.

Dow’s director of public affairs Rachelle Schikorra told the AP that any suggestion that the company is trying to influence the new administration’s regulatory decisions is “completely off the mark.”

“Dow actively participates in policymaking and political processes, including political contributions to candidates, parties and causes, in compliance with all applicable federal and state laws,” Schikorra said.