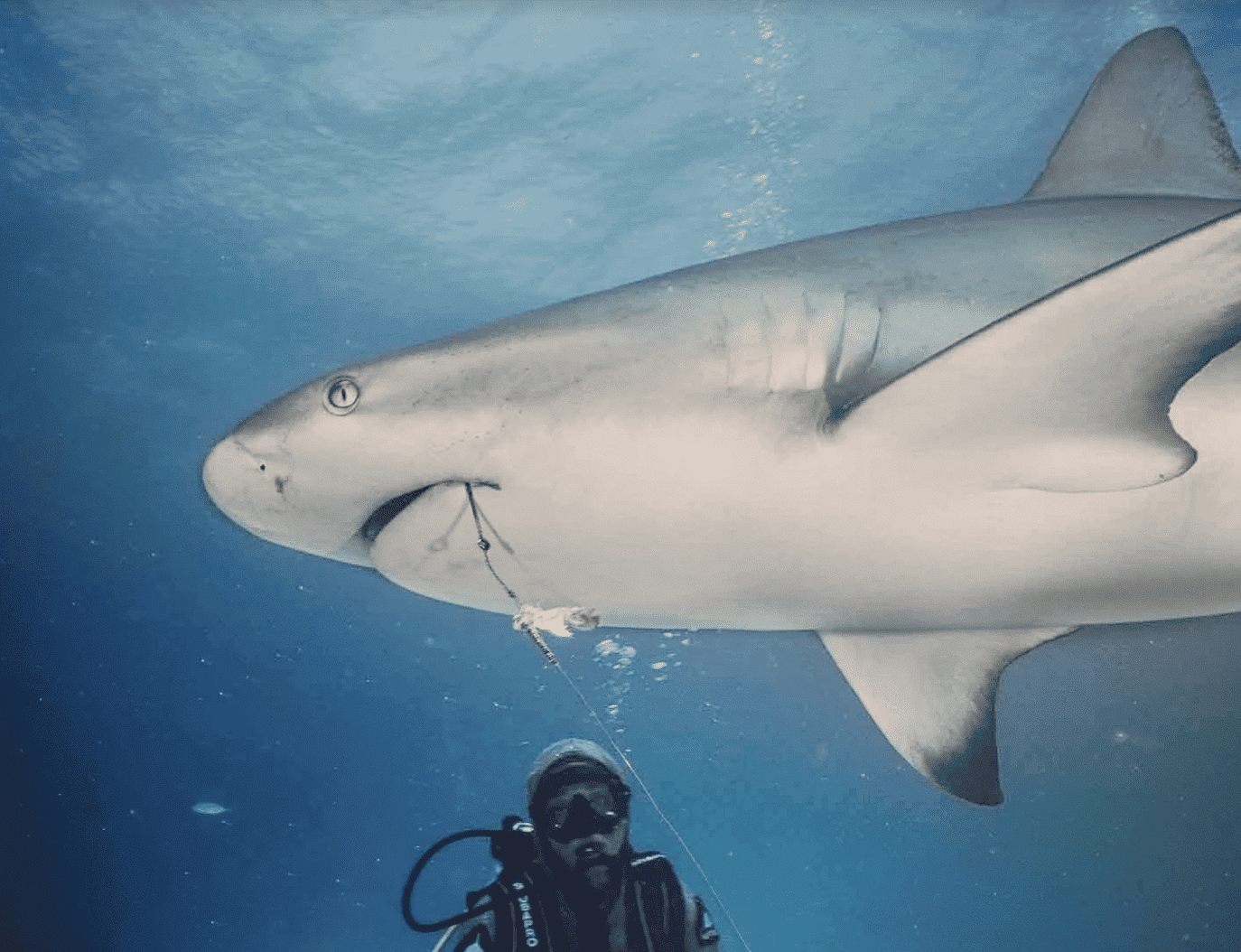 I woke up this morning to see two news articles, both involving animals but very different in tone.

One article highlighted how a man was convicted of animal cruelty in Australia for shooting an arrow through a cat’s head. The other hailed the capture of a nearly 1,000-pound mako shark off the coast of New Jersey as an “incredible feat” and called the fishermen “winners.”

Our perception of animal cruelty seems to be radically different for certain animals and, specifically, there’s a wide disparity in what’s acceptable for marine animals (other than marine mammals) and land animals.

Shooting a cat in the head is unacceptable and cruel behavior — a senseless act of violence. But why is it acceptable, then, to slaughter such an incredible animal as the mako shark, a top predator essential to the ocean ecosystem, and hang it in a brutal display of victory? Victory over what? A defenseless animal dragged around by the power of engines and high-technology gear until no fight is left in it?

How is our perception of animal cruelty so contadictory? What mechanism in our collective minds allows us to recognize one action as positive and the other unacceptable?

There’s a video circulating the internet that shows a father hooking a shark on fishing line and dragging the animal closer to his kayak for his young son to see. It is, in a way, a sweet action: The father pulls the shark’s head out of the water, takes the video and images, pauses, and talks to his son. After a while, he releases the shark, telling the child to say goodbye to it. The comments below the video reflect that many viewers see this as an understandable, endearing and ultimately joyous moment because the shark is released.

It’s a good lesson for the son: He encountered the shark, and the animal survived. The words expressed by the dad are positive. In the video, this is a win-win situation, both for the shark and the child. The story ends there.

In an alternative scenario, the child arrives home, helps his dad put away the kayak, grabs the same fishing rod, walks down the street, and starts fishing for cats, dogs and birds in the neighborhood. He attracts them with morsels of food on a hook, fights to reel them in, and once he has them close, he takes pictures. He then cuts the line and lets them go back to their life with hooks still embedded in them.

The thought of said cruel and pointless action makes any person’s skin crawl. But ultimately, it’s the same behavior exhibited by the child’s father — society just condones the dad’s actions because they were targeting a sea creature, particularly a shark, rather than neighborhood pets.

It has become fashionable to hook and drag sharks across the shore for photo opportunities. Meanwhile, the sharks gasp for breath and gravity crushes their organs. Sharks don’t have a rib cage to keep their organs protected; they don’t need one. They live in a weightless world, not on the beach. But shore fishing for sharks is legal and socially accepted because the animals are released. The resulting images and videos don’t show that many of these sharks are traumatized, possibly injured, and, days later, end up dead down the coastline.

The core of the issue is that the perception of our actions and the general attitude toward marine life need to change.

A widespread misconception is that fish, especially sharks, are mindless creatures that lack emotion and are incapable of feeling pain. There is also still a belief that sharks are swimming nervous systems looking for a meal. It is not uncommon to read and hear opinions highlighting how sharks deserve this treatment as payback for being “man-eaters.”

But reality doesn’t line up with these popular beliefs.

Simply look at the numbers: Hundreds of millions of people visit beaches every year, swimming in the ocean, yet the Florida Museum of Natural History’s International Shark Attack File reported only 96 confirmed negative shark-human interactions worldwide in 2020. It is undeniable that humans are not part of sharks’ diets, and the few-and-far-between negative encounters are part of the risk we take when entering their world.

What’s more, sharks have survived five natural mass extinctions but have been depleted from our oceans faster than ever due to human activity. Studies show that since 1970, global populations of sharks and rays have declined by 71% due to an 18-fold increase in fishing pressure.

Sharks are no mindless eating machines. They are cleaners, vital to the balance of the ecosystems they belong to. We need to change our narrow-minded vision of such an evolved and complex creature, and restore sharks to the status of animals — of creatures of nature, not monsters. There are no shark-infested waters; the oceans are their world, not ours. It’s time for humans to rethink the concept of cruelty at all levels.

An arrow through a cat’s head is as bad as a gaff through a shark’s.

Cristina Zenato is a conservationist and diver specializing in shark diving and shark behavior. She is a proud member of the Women Divers Hall of Fame and The Explorers Club, and she is an active volunteer and diver for the Bahamas National Trust. Cristina is also the founder of People of the Water, a nonprofit dedicated to training, education and research pertaining to the ocean and the environmental issues that affect both the people and animals that rely on this ecosystem.