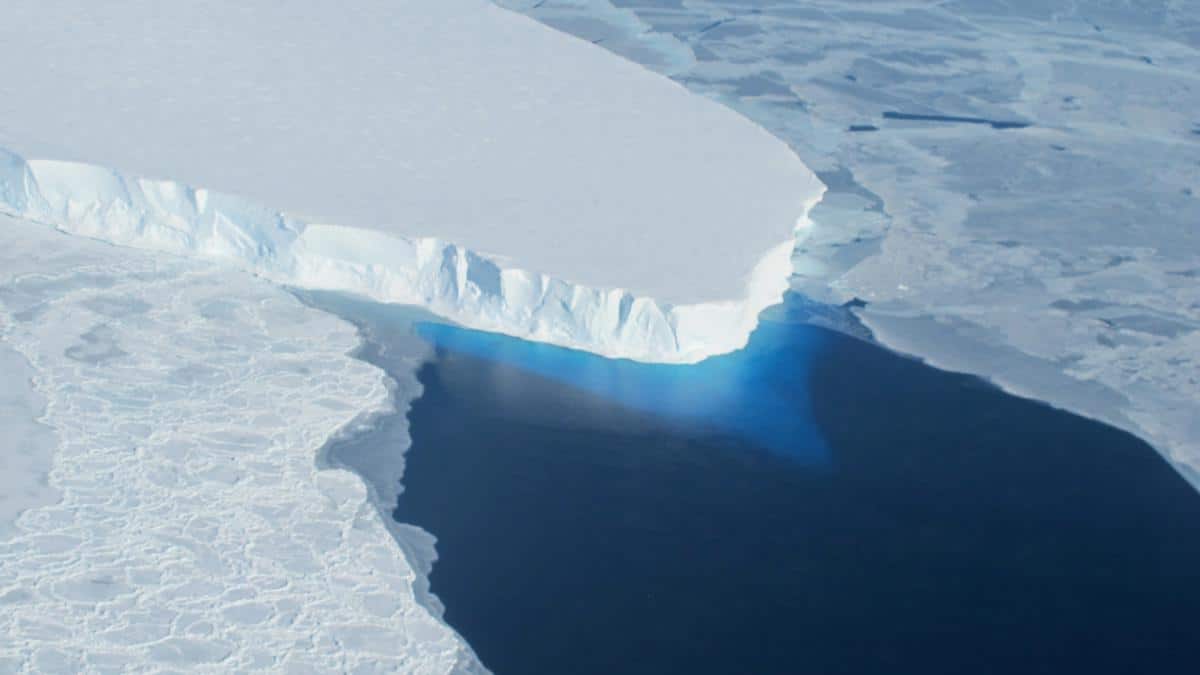 Scientists have maneuvered an underwater robot beneath Antarctica‘s “doomsday glacier” for the first time, and the resulting data is not reassuring.

Antarctica’s Thwaites Glacier is referred to as the doomsday glacier because every year it contributes four percent to global sea level rise and acts as a stopper for the West Antarctic Ice Sheet. If the glacier were to collapse and take the sheet with it, that would raise global sea levels by around 10 feet. Now, a study published in Science Advances on April 9 warns that there is more warm water circling below the glacier than previously believed, making that collapse more likely.

“Our observations show warm water impinging from all sides on pinning points critical to ice-shelf stability, a scenario that may lead to unpinning and retreat,” the study authors wrote. Pinning points are areas where the ice connects with the bedrock that provides stability, Earther explained.

The new paper is based on a 2019 expedition where an autonomous submarine named Ran explored the area beneath the glacier in order to measure the strength, salinity, oxygen content and temperature of the ocean currents that move beneath it, the International Thwaites Glacier Collaboration explained in a press release.

“These were the first measurements ever performed beneath the ice front of Thwaites glacier,” Anna Wåhlin, lead author and University of Gothenburg oceanography professor, explained in the press release. “Global sea level is affected by how much ice there is on land, and the biggest uncertainty in the forecasts is the future evolution of the West Antarctic Ice Sheet.”

This isn’t the first instance revealing the presence of warm water beneath the glacier. In January 2020, researchers drilled a bore hole through the glacier and recorded temperature readings of more than two degrees Celsius above freezing, EcoWatch reported at the time.

However, Ran’s measurements were taken earlier and allow scientists to understand the warmer water’s movement in more detail. Scientists now know that water as warm as 1.05 degrees Celsius is circulating around the glacier’s vulnerable pinning points.

“The worry is that this water is coming into direct contact with the underside of the ice shelf at the point where the ice tongue and shallow seafloor meet,” Alastair Graham, study co-author and University of Southern Florida associate professor of geological oceanography, told Earther. “This is the last stronghold for Thwaites and once it unpins from the sea bed at its very front, there is nothing else for the ice shelf to hold onto. That warm water is also likely mixing in and around the grounding line, deep into the cavity, and that means the glacier is also being attacked at its feet where it is resting on solid rock.”

While this sounds grim, the fact that researchers were able to obtain the data is crucial for understanding and predicting the impacts of the climate crisis.

“The good news is that we are now, for the first time, collecting data that will enable us to model the dynamics of Thwaite’s glacier. This data will help us better calculate ice melting in the future. With the help of new technology, we can improve the models and reduce the great uncertainty that now prevails around global sea level variations,” Wåhlin said in the press release.