Doomsday Scenarios Are as Harmful as Climate Change Denial 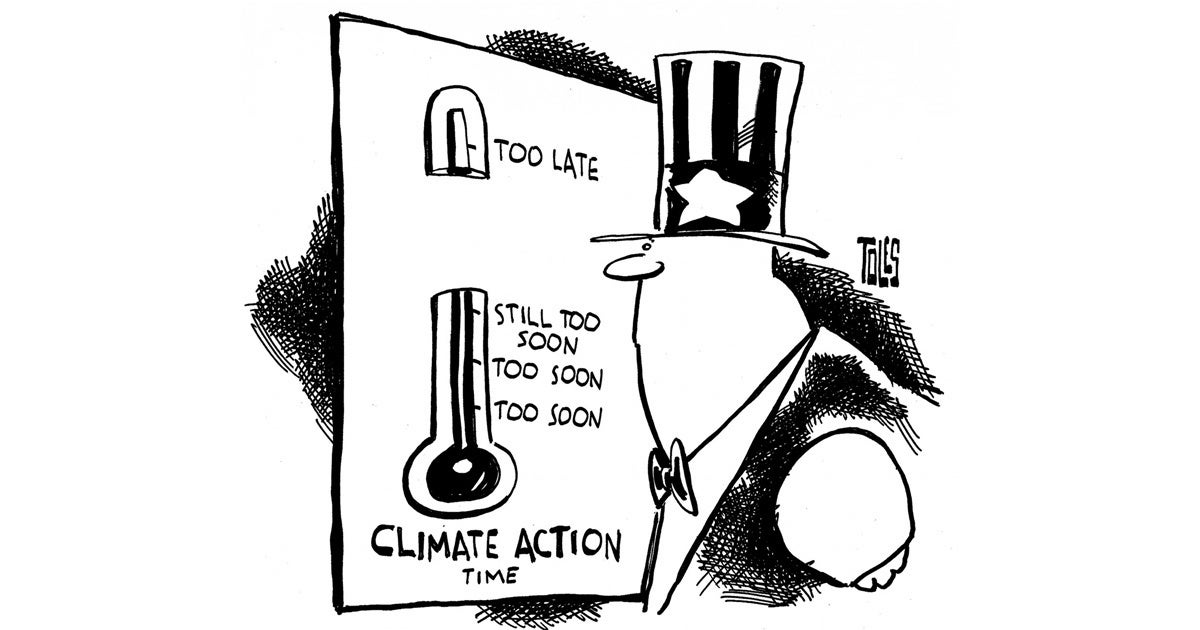 It is easy to understand why advocates for climate action have become somewhat dispirited in recent months. In the space of less than a year, we’ve seen the U.S. go from playing a leading role in international climate negotiations to now being the only nation in the world to renege on its commitment to the 2015 Paris climate accord.

It is in this environment of defeat and despair that we’ve witnessed a dramatic rise in the prominence of climate doomism—commentary that portrays climate change not just as a threat that requires an urgent response but also as an essentially lost cause, a hopeless fight. Some of the more egregious examples can be found among fringe characters such as ecologist Guy McPherson—a doomist cult hero who insists that exponential climate change likely will render human beings and all other species extinct within 10 years.

Such rhetoric is in many ways as pernicious as outright climate change denial, for it leads us down the same path of inaction. Whether climate change is a hoax (as President Trump has asserted) or beyond our control (as McPherson insists), there would obviously be no reason to cut carbon emissions.

Doomist narratives, albeit of a more nuanced and subtle variety, are now starting to appear in respected, mainstream venues, written by otherwise able and thoughtful journalists. In this vein comes a recent New York Magazine article The Uninhabitable Earth by David Wallace-Wells.

It is important to be up front about the risks of unmitigated climate change, and it is critical to keep in mind the potential for unpleasant surprises and worst-case scenarios, the so-called fat tail of risk. It is, moreover, appropriate to criticize those who understate the risks. But there is also a danger in overstatement that presents the problem as unsolvable and future outcomes as inevitable.

The New York magazine article paints an overly bleak picture, arguing that climate change could render the Earth uninhabitable by the end of this century. Its opening story about the “flooding” of a seed vault in Norway leaves out that one of the vault’s creators told NPR “there was really no flood.” It exaggerates the near-term threat of climate “feedbacks” involving the release of frozen methane. It mischaracterizes one recent study as demonstrating that the globe is warming “more than twice as fast as scientists had thought,” when in fact the study in question simply showed that one dataset that had tended to show less warming than other datasets has now been brought in line with the others after some problems were corrected for. The warming of the globe is progressing as models predicted. And that is plenty bad enough.

The evidence that climate change is a serious challenge that we must tackle now is very clear. There is no need to overstate it, particularly when it feeds a paralyzing narrative of doom and hopelessness. Some seem to think that people need to be shocked and frightened to get them to engage with climate change. But research shows that the most motivating emotions are worry, interest and hope. Importantly, fear does not motivate, and appealing to it is often counter-productive as it tends to distance people from the problem, leading them to disengage, doubt and even dismiss it.

It is important to communicate both the threat and the opportunity in the climate challenge. Those paying attention are worried, and should be, but there are also reasons for hope. The active engagement of many cities, states and corporations, and the commitments of virtually every nation (minus one) is a very hopeful sign. The rapid movement in the global energy market towards cleaner options is another. Experts are laying out pathways to avoid disastrous levels of climate change and clearly expressing the urgency of action. There is still time to avoid the worst outcomes, if we act boldly now, not out of fear, but out of confidence that the future is largely in our hands.

Michael E. Mann is distinguished professor of atmospheric science at Pennsylvania State University and director of the Penn State Earth System Science Center. Susan Joy Hassol is the director of Climate Communication LLC. Tom Toles is the editorial cartoonist for The Post.